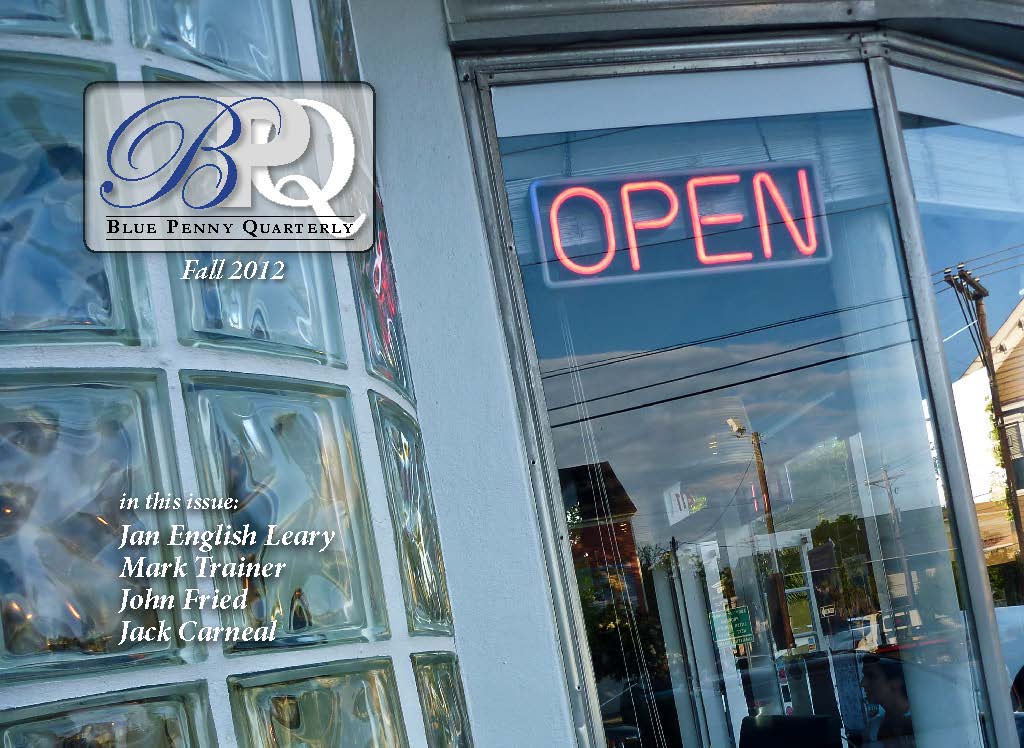 This was supposed to be my summer of sailing and house repairs, but turns out I’ve done little and none of either. Too much work. Much of it has been on fun projects, though, and continues to be. More on the others later, but one just finished up last week.

Doug Lawson is a friend, a writer, and fellow Melonseed sailor now living out in the mountains above Santa Cruz. He has a new fantasy novel out under a pseudonym that’s doing quite well as a digital download on Amazon: 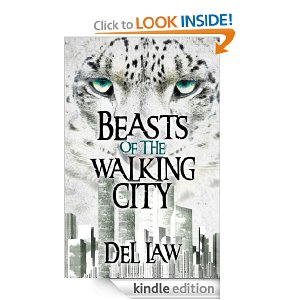 Our shared interest in commingling creative writing and the internet goes back well over 25 years. In fact, we met in an online writer’s workshop back when the internet was all text, when high speed access was a sketchy 9600baud modem that squawked and screeched and blurbed and hissed like some steampunk Willie Wonka communication device. It was awesome.

Anyway, he’s on a bit of a creative tear lately, and decided to revive an online literary magazine he produced back in the day.

A lot has changed over the years, though. He wanted something new that was still easy to use, but took advantage of the cool new technology available now, especially ereaders. He had seen a prototype project I produced last year as a demo for another well known journal who passed on it. Doug liked it, and wanted to know if I was interested. I love to play, especially when there are no restrictions, so I was all in.

It turned out pretty well, I think. And Doug did a great job of finding interesting writers eager to take a chance on putting their works out in a totally untested format. So far, their reactions have been quite satisfactory:

It looks fantastic.  This is, hands down, the best looking presentation anything I’ve ever written has received.
Thanks for letting me be a part of it.

You’ll find a copy of the new debut of the Blue Penny Quarterly to download here:

It’s a modestly interactive collection of fiction, photography, and video interviews, optimized for iBooks on the Apple iPad, but it will work on just about any device that can display a PDF. Here are some screen shots: 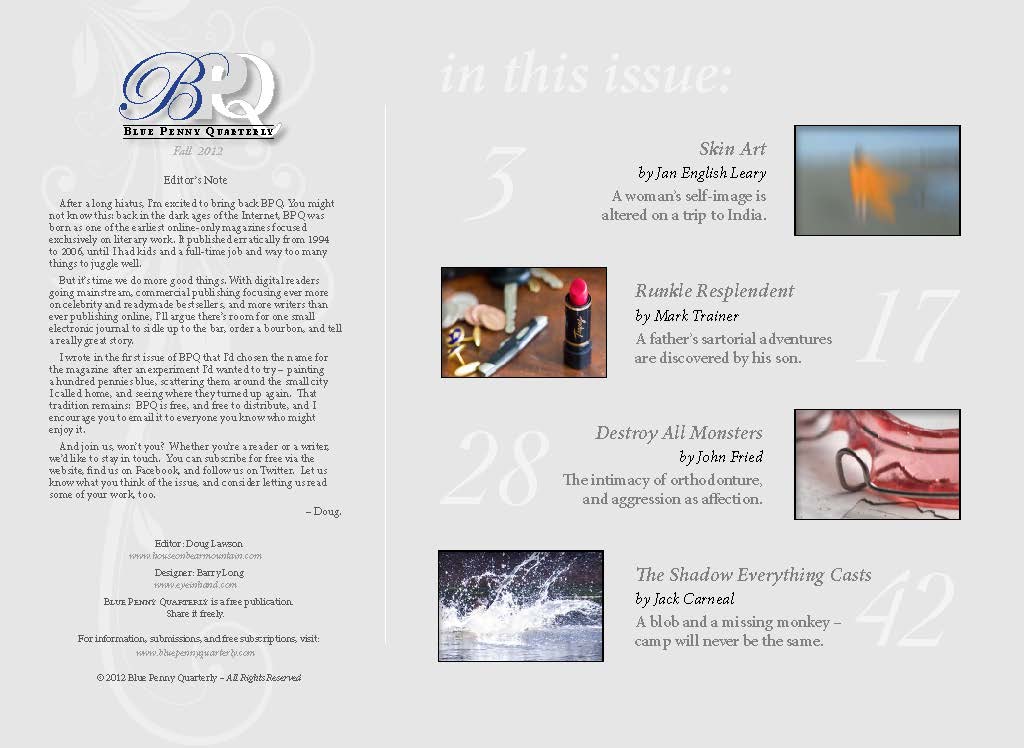 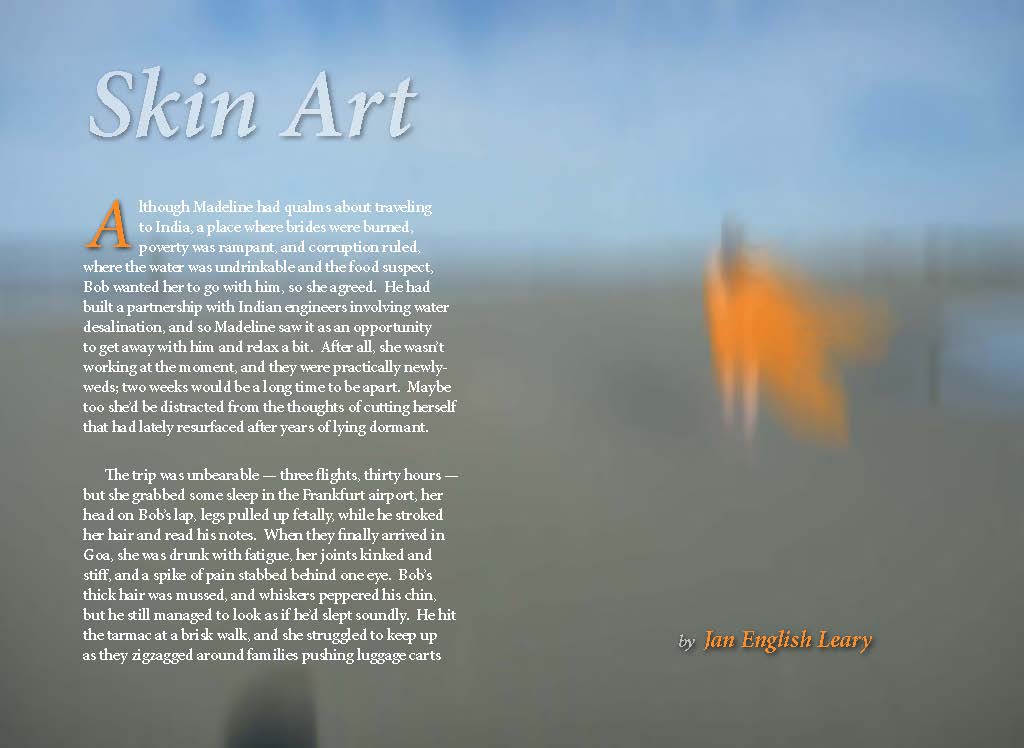 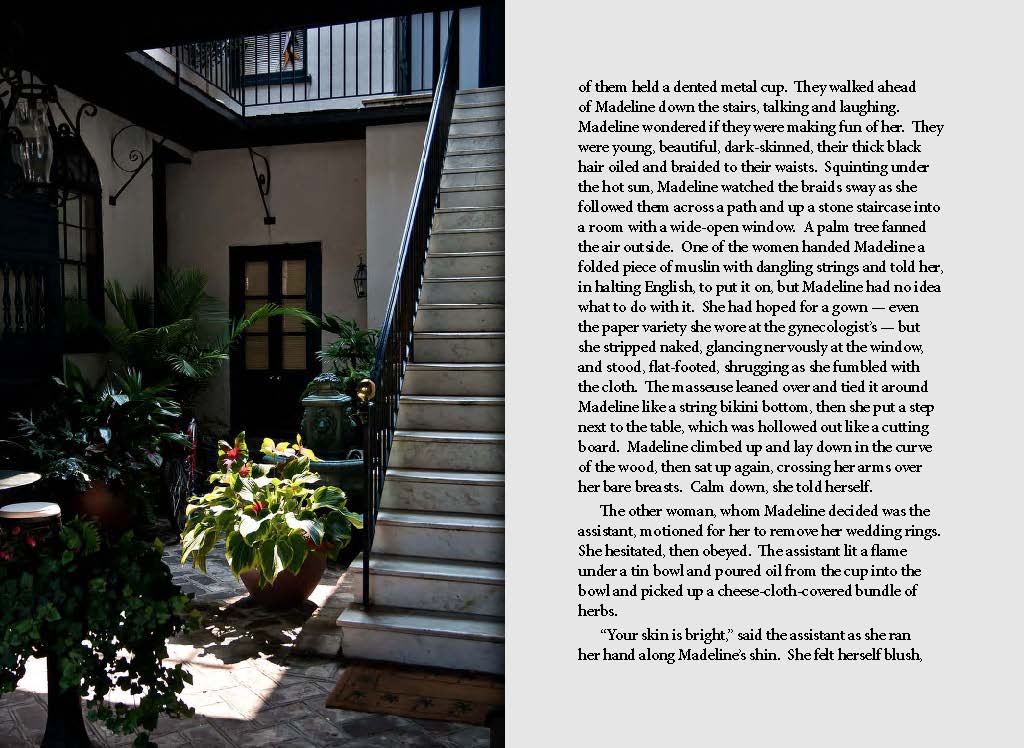 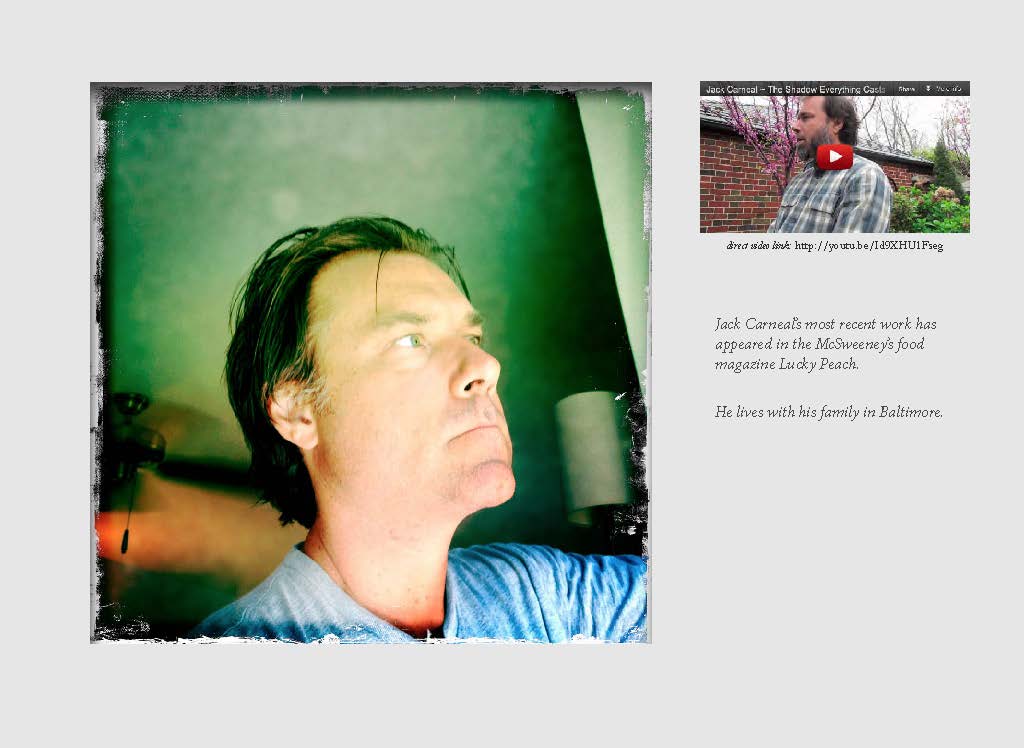 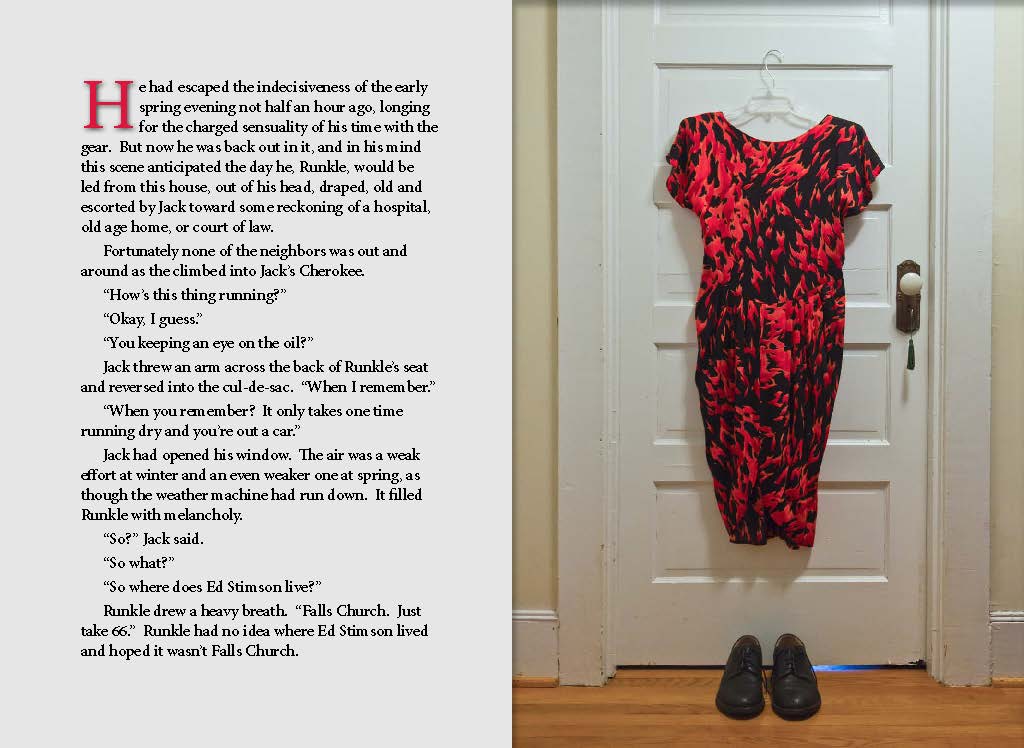 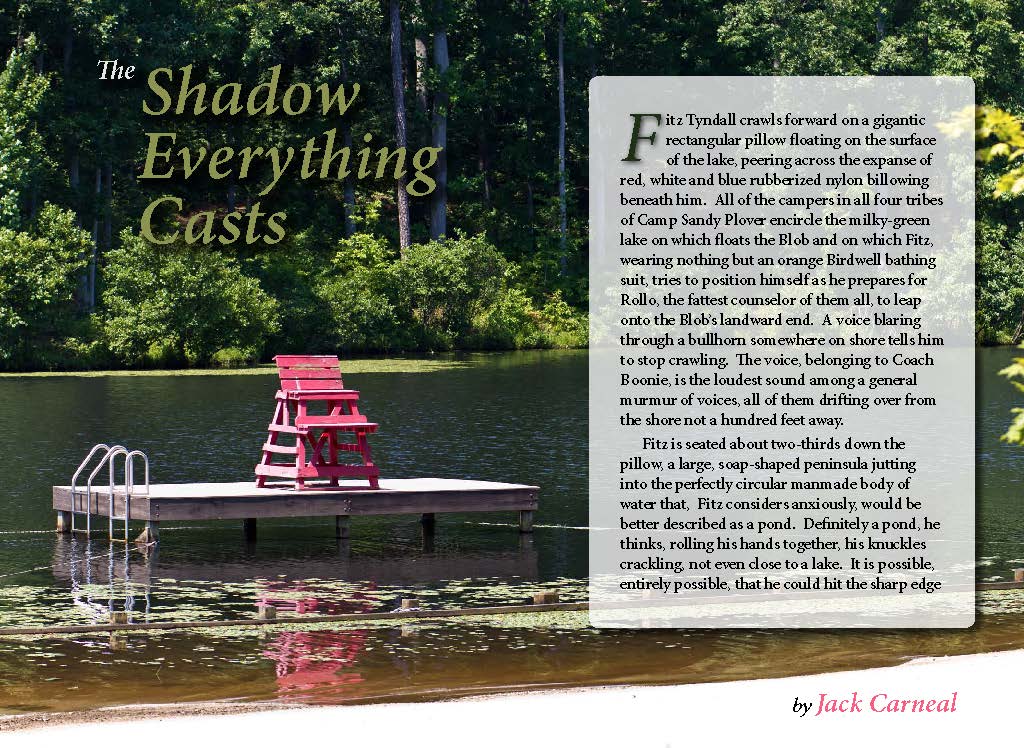 Comments and suggestions are appreciated.

Also, if you know any writers looking to shake things up a bit, send them the link. There’s a place for making submissions through the website. If all goes well, there’ll be another issue coming out for Winter.

Anyway, that’s one of the reasons I’ve been off the radar so long. More to come.