The girls headed back north in a storm. It would dump rain, then sleet, then snow all along their route, eventually diverting Emily to stay with a friend in Harrisonburg. A day later she would follow it up through New England to Maine, through several feet of freshly plowed snow.

Here at the beach the wind blew hard all day. It tore the tops off a tormented sea. It drove sand in snaking tatters down the beach, piling it up in drifts, a gritty counterpart of the snow drifts up north.

It was impossible to hold the camera steady, even sitting down. 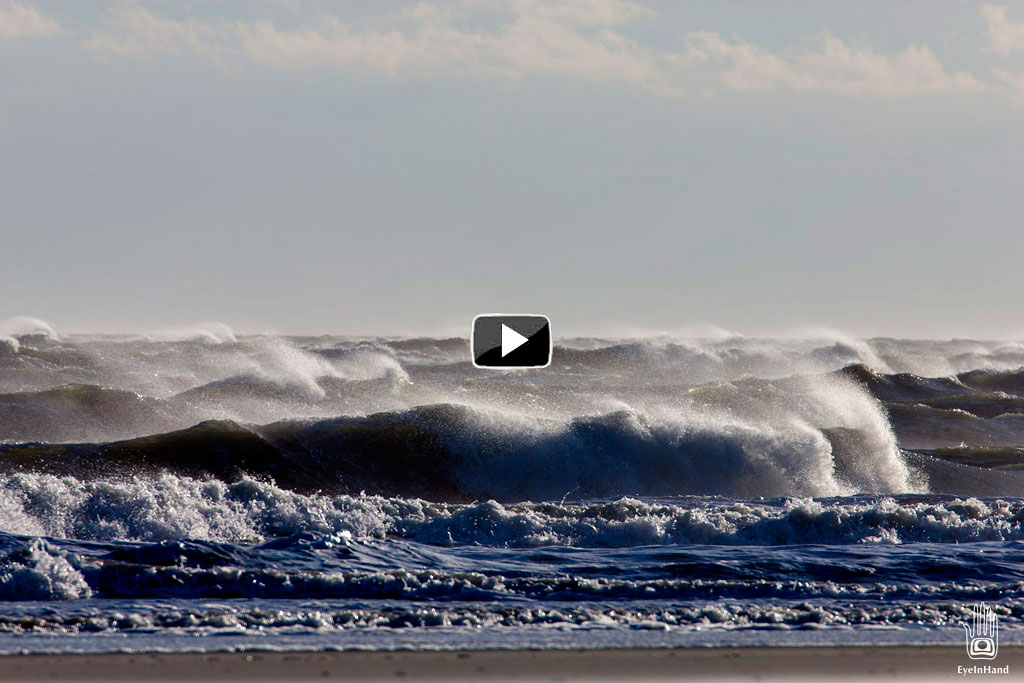 All very exciting, but rather unpleasant. I opted to retreat to the house and run some errands in town.

I’ve been on the lookout for some old shrimp netting the past two trips down here. Net bags are very handy on a boat for holding gear, and I planned to tie some together out of scraps. We used to find it on the beach all the time, usually tangled in rocks or half buried in the dunes. There are several fleets of shrimp boats in the area, and you see them just offshore all summer long, rocking back and forth in the hot Carolina sun, anchored out at night. But, of course, when you actually want some you can’t find it.

I heard there was a place in Beaufort the locals use that make the nets for the shrimpers. I decided to have a look, maybe pick up some scraps. Indeed, there was a small going concern on the edge of town, and they were not only open, but working busily on the day after Christmas. Foolishly, I didn’t take a camera, just a cellphone, and it was dark, so the photos aren’t great. 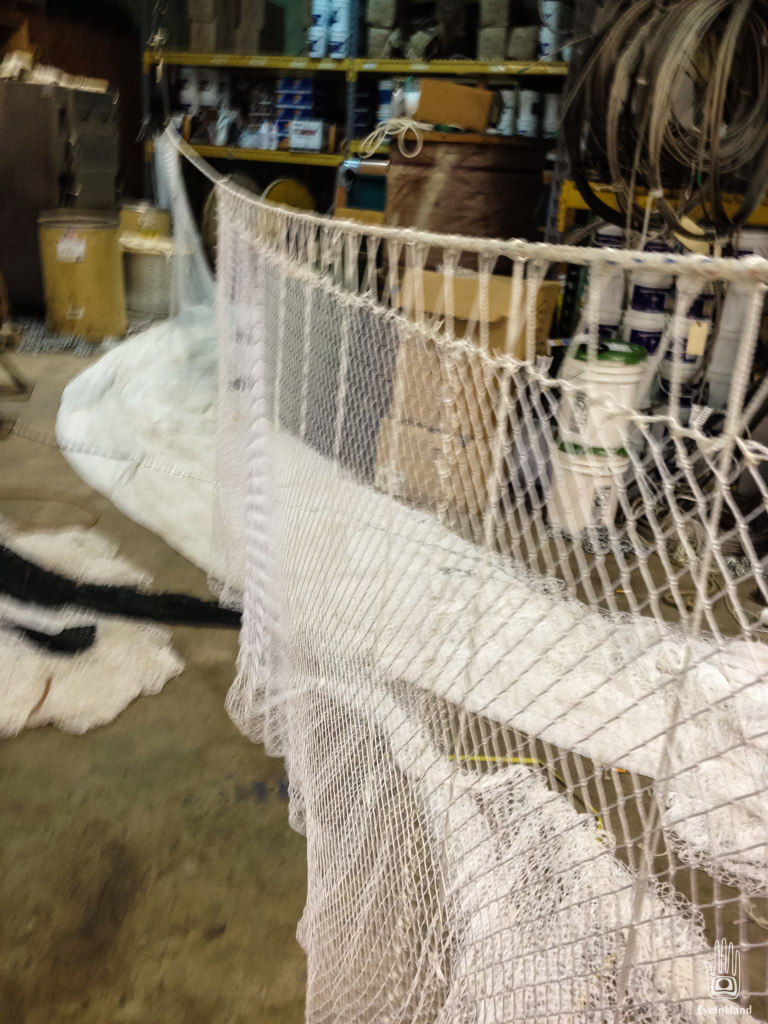 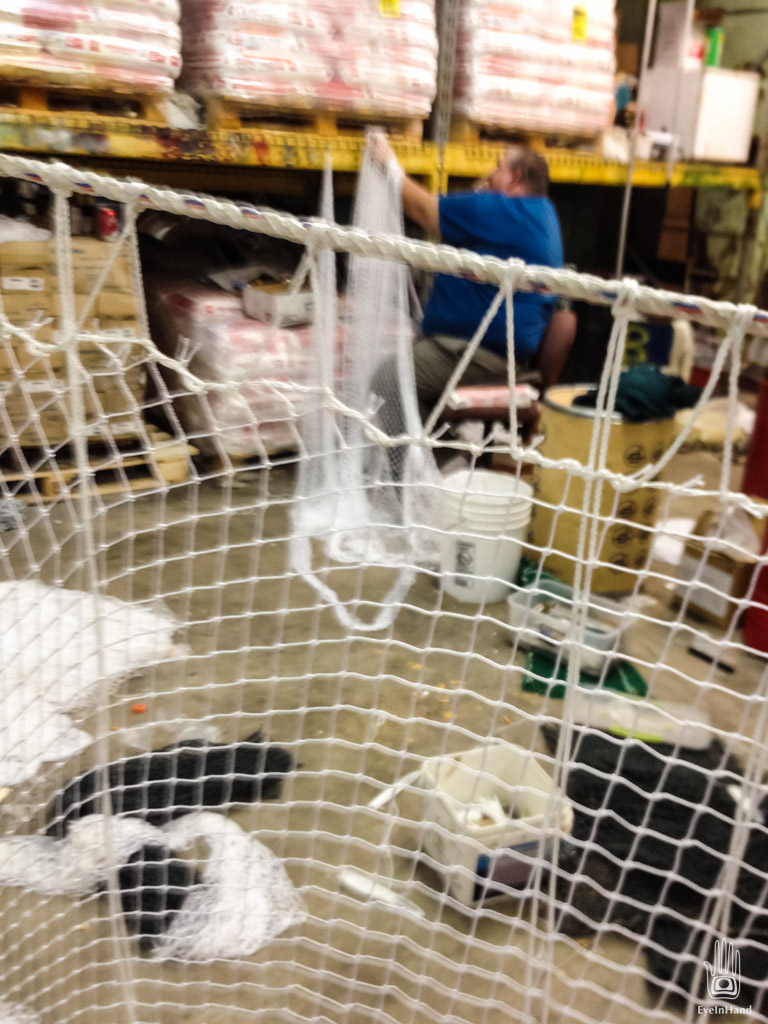 It was very cool. Netting, pulled from big bales, strung out everywhere across the room, people weaving the parts together by hand. The net starts out supple and white, which surprised me – all the shrimp nets I’ve seen around here are stiff and green. Turns out they dip the nets in the green stuff after they’re made, which makes them tuff and weatherproof. I asked the owner, an old guy with a mis-buttoned shirt and a quick wit – what the green stuff was. He stopped in his tracks and thought a moment, then said “No idea. We always just called it ‘shrimp dip.'” 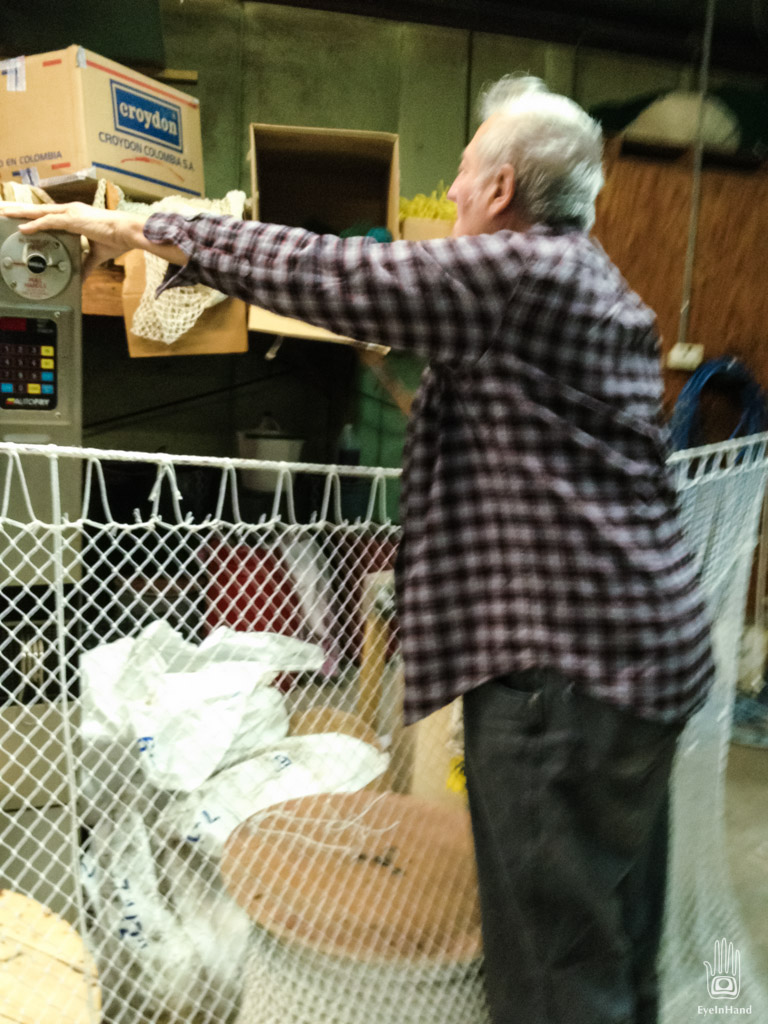 He sold me some scraps for $5 a pound (a big wad came to $4) and a couple of longer whole pieces right off a bale for another $10. Not bad. Now, whenever I stuff anything in the bags I make with it, I’ll remember where it came from. 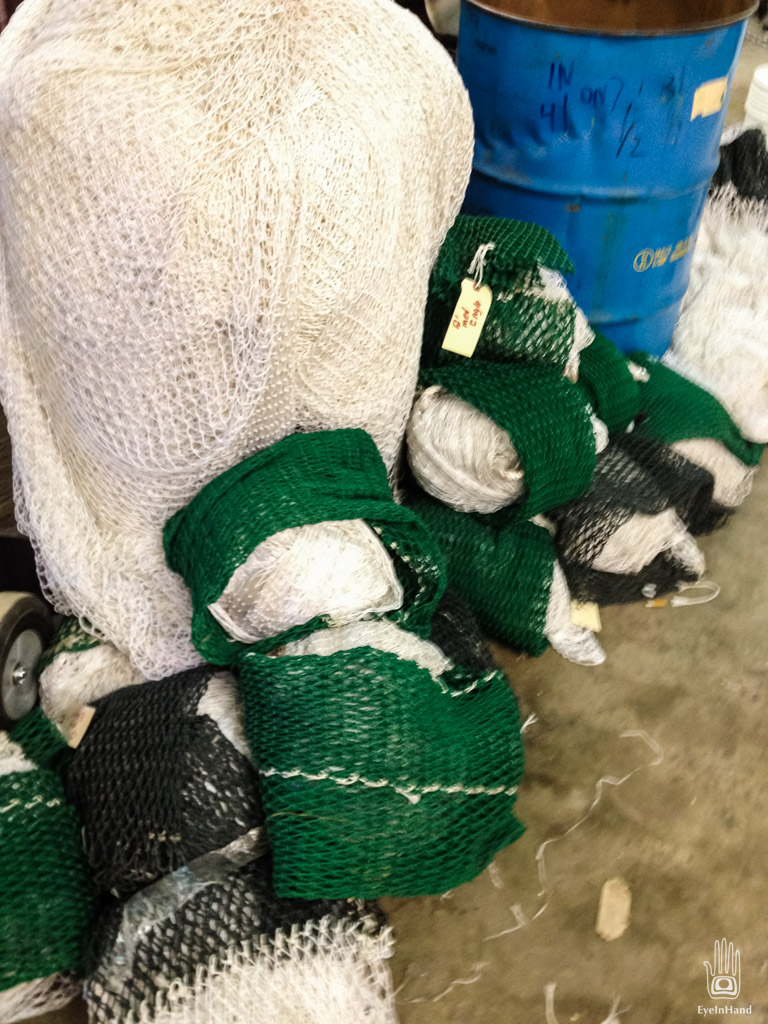