Here are a couple of odd facts: 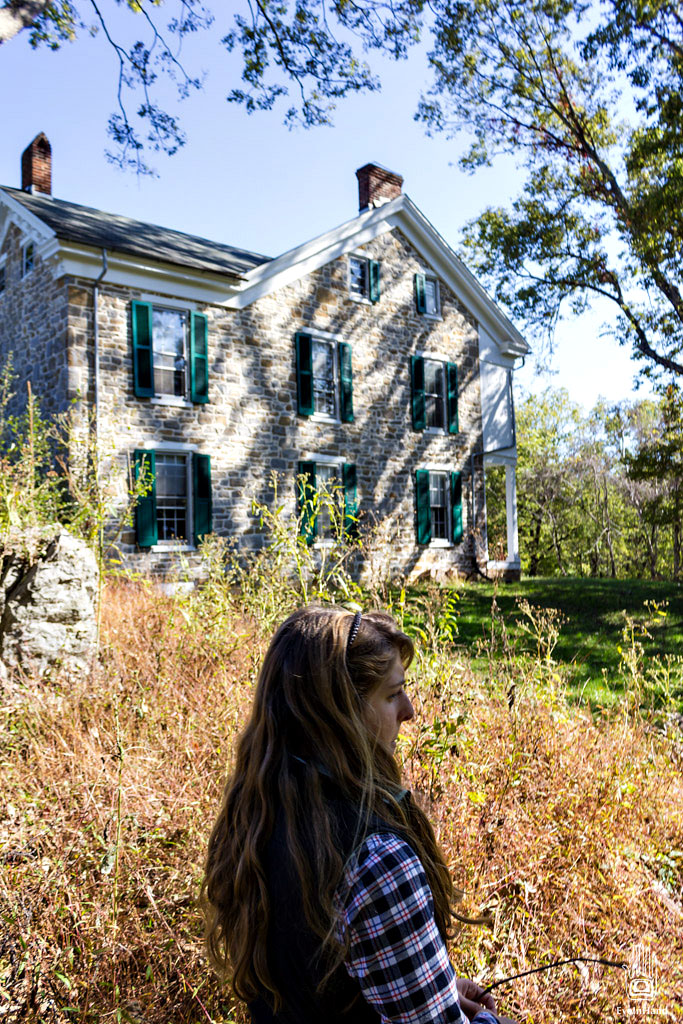 Emily has been working there as an intern since last summer. She’s been doing habitat work, monitoring the water table for wetland restoration, plus writing grants (successfully) and whatever else seems useful. She’s having a blast, but earns just a small stipend, barely enough to live on. (Heck, most interns these days don’t get paid at all. How is that even legal?) But, the side benefits are pretty nice. It’s work she loves, and she’s been living in a two hundred year old stone house in the park, right on the Potomac River. Back in October I finally took one of the Melonseeds and went up for a visit.

Even the surrounding countryside is beautiful. We took a short drive for coffee in the morning, through three original tunnels under the canal that lead to the house. Here’s a bit of video of the fine scenery, and some from the walk we took later.

The house itself is in a beautiful spot on a rise above the canal, with the river beyond. There’s a landing with a good ramp at the end of the drive. What more could you want?

The part of the park where she lives is called Four Locks. In its heyday, about the same as the Melonseed’s actually, the C&O Canal was a busy working waterway that ran from Georgetown in Washington, DC, where the Potomac is tidal, all the way west into the mountains at Cumberland, Maryland. From there, like the Kanawha Canal on the James River, it would have connected the Chesapeake Bay and Atlantic shipping on the east coast with the Ohio River Valley and the Mississippi watershed, essentially the whole middle of the continent.

It was a huge engineering project. The completed portion consisted of 74 locks, most of which were lined with hand cut granite blocks, 7 dams, a 3000 foot tunnel through a mountain, countless aqueducts, culverts, bridges, sluices, plus all the lockhouses, warehouses, taverns and supporting buildings.

Also like the Kanawha Canal, it was rendered obsolete by railroads before a connection to the Ohio was complete. 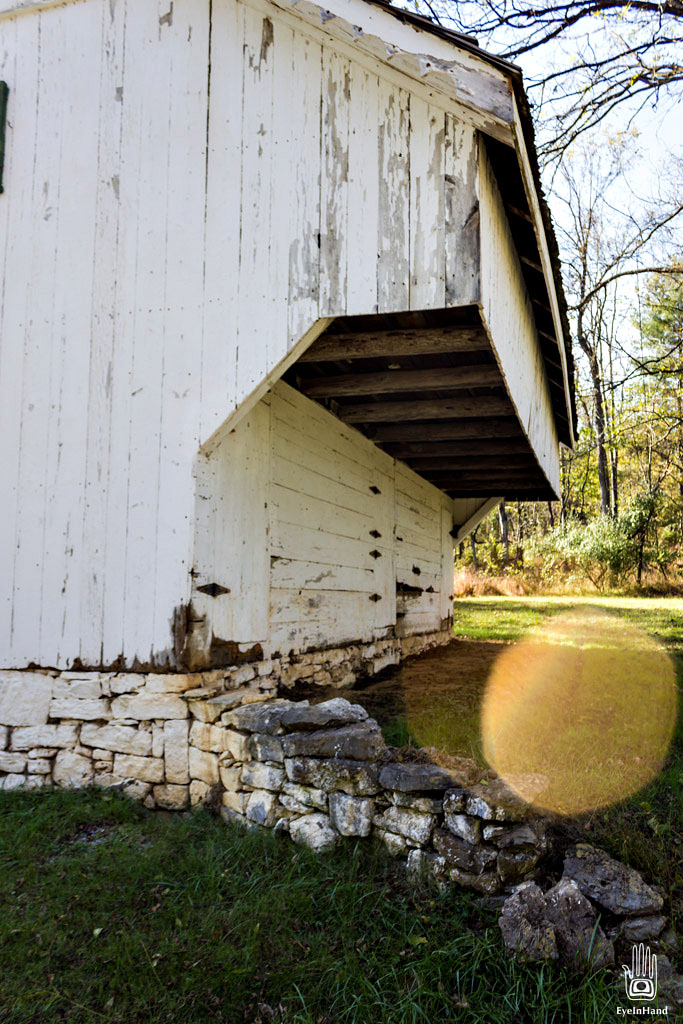 It was in operation for close to 100 years, though. Many small towns sprung up along the route and flourished in their time. Four Locks, like its name implies, was a place where four lift locks bypassed a long neck in the river, and raised or lowered boats a total of 33 feet. The community at the time consisted of two stores, two warehouses, a dry dock to repair boats, a school, a post office, and about a dozen houses with surrounding farms. Many of those structures are still standing.

The C&O Canal Trust has been slowly restoring many of the old lock houses, and makes them available for overnight guests. The original tow path along the canal is still intact, and is a popular bike trail. People make long bike trips over the course of several days, staying in the historic houses along the way. It’s a pretty cool form of travel, with great views of the river the whole way. 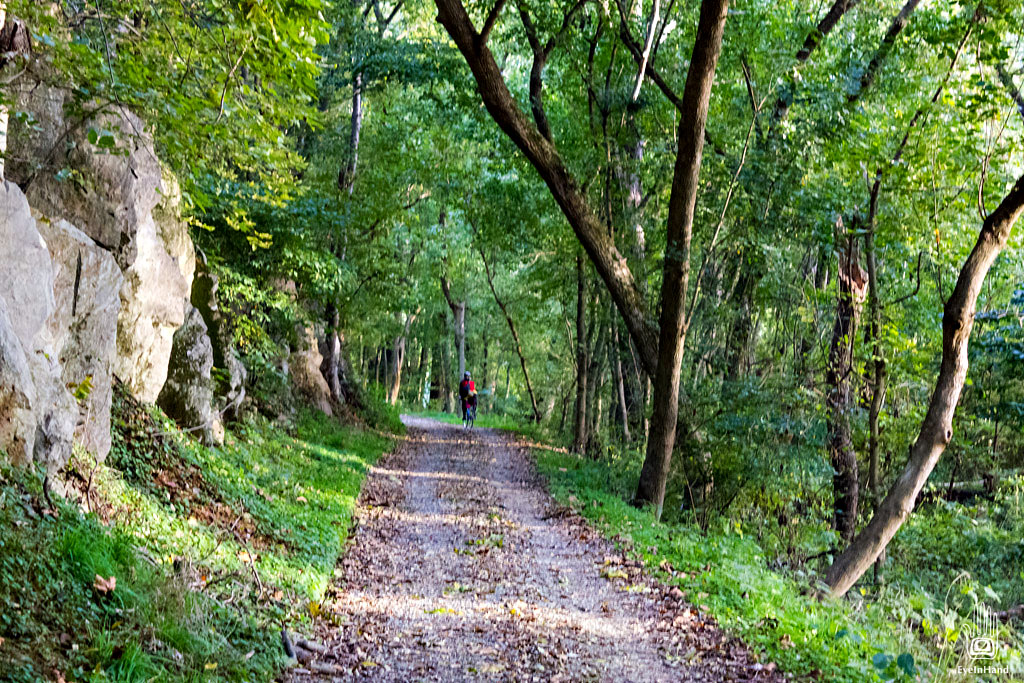 The boat landing across from the house

The Park Service uses some of the historic buildings to house employees. As historic structures, they’re meticulously maintained, but the furnishings are spartan – basically second hand college dorm furniture. Cast off government conference tables, cheap to begin with, become dining room tables, etc.. All the appeal is in the houses and the locations, for sure.

Emily shared the house with two others. One was a seasonal employee who travelled all over the country working and living in different parks for six months at a time, everywhere from Yosemite to the Smokies. He kept all his clothes and belongings in one small suitcase, never putting down roots anywhere for long. The other was a park ranger in training, a smart young fellow who grew up in inner city Baltimore. Eventually, they both moved out, and she was left there in the big old house by herself. Well, her and a few ghosts, apparently. With no internet, no phone, sketchy cell service, and far out in the woods alone, the isolation eventually got to her. She has since moved to a place closer to civilization, so it was good I got to visit while she was still on the river.

We spent the first day exploring on foot. As a park service employee, she has a master key to open all the gates and locks (door locks, not boat locks) in the park, so we had access to places most visitors don’t get to see. The old barn where the mules were kept, the ones that pulled the boats along the tow path, a school house, a log cabin, and a huge bank barn for dairy cows that was part of the farm with the house where she lived.

Old Puzzle in the School

Beautiful Stove in the School 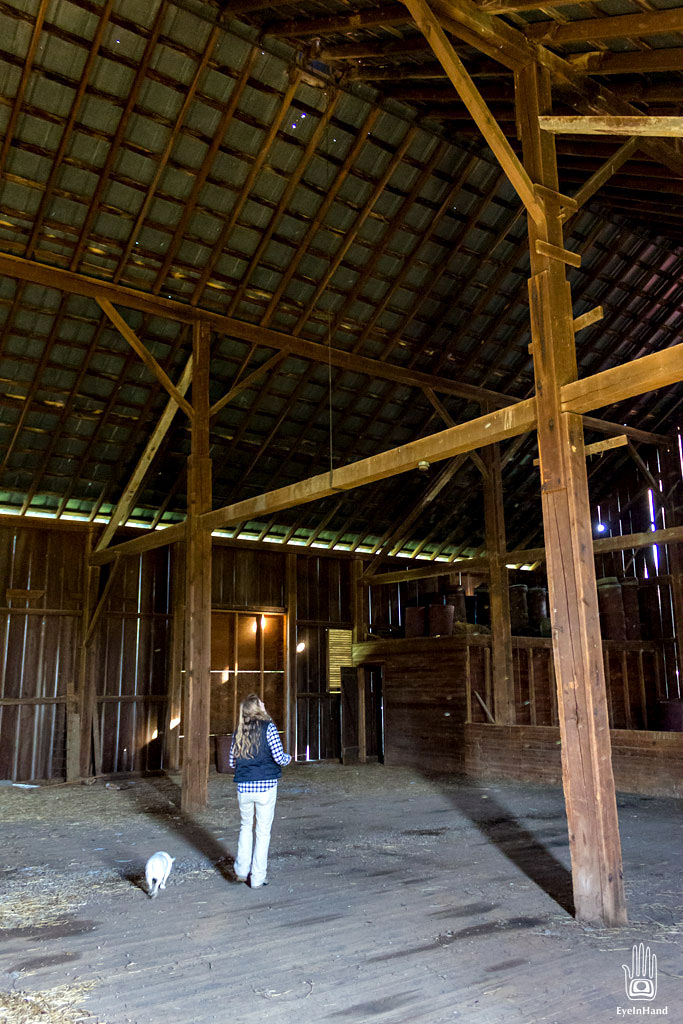 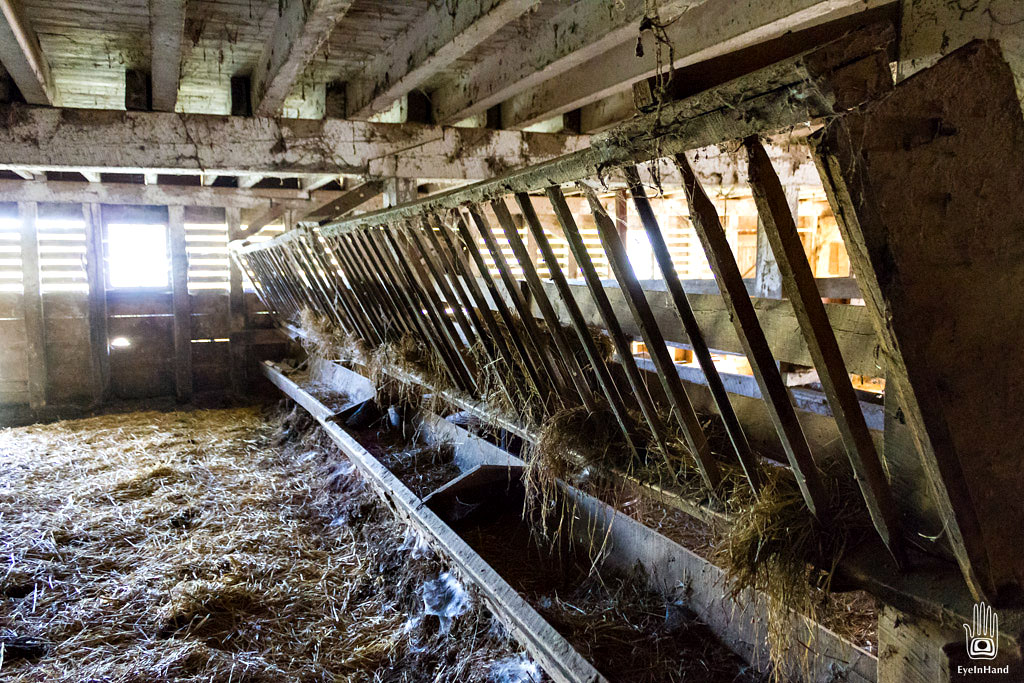 In the afternoon we walked a couple of miles down the tow path to Dam No. 5. It’s a pretty spot. Across the waterfall formed by the dam, there’s a brick mill house. It was converted to an electric power generating plant by Potomac Edison, and has been running continuously since 1918. 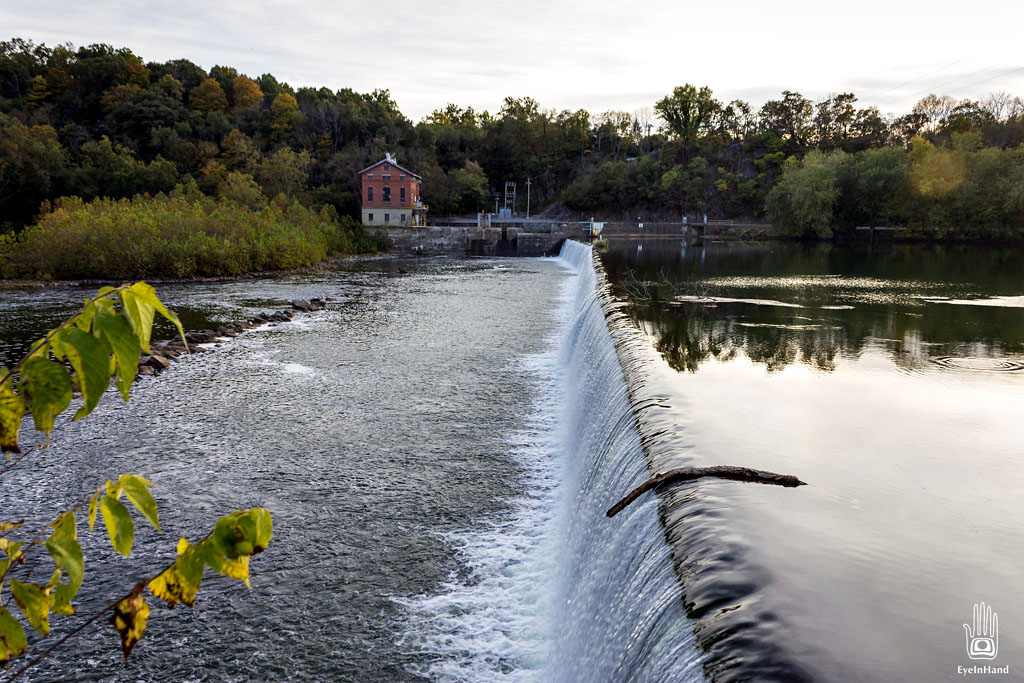 Dam No. 5 and Power Station 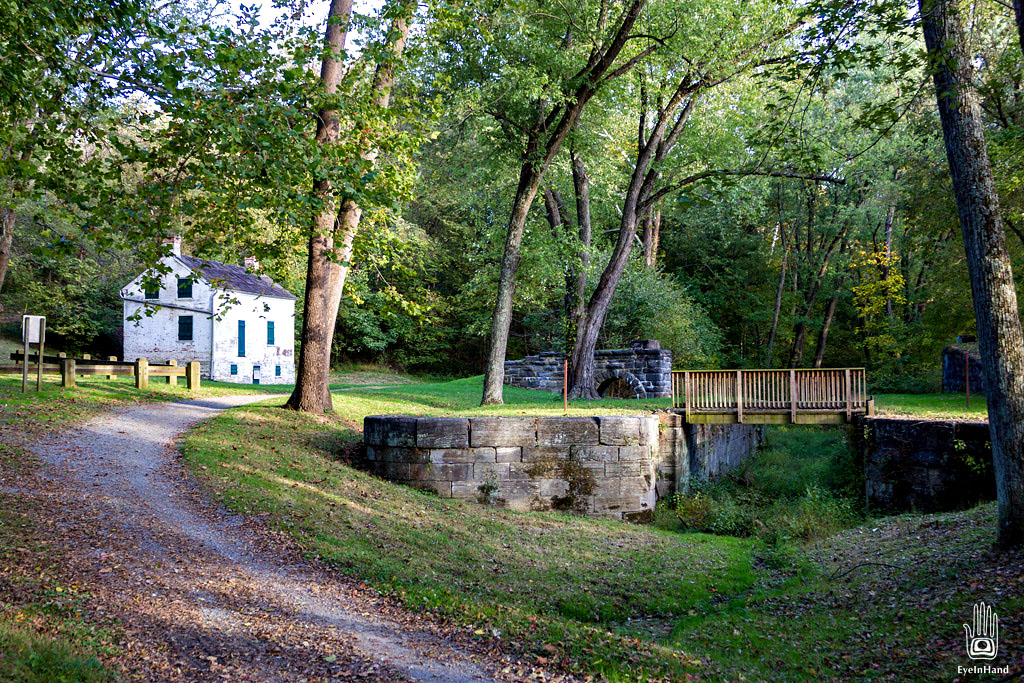 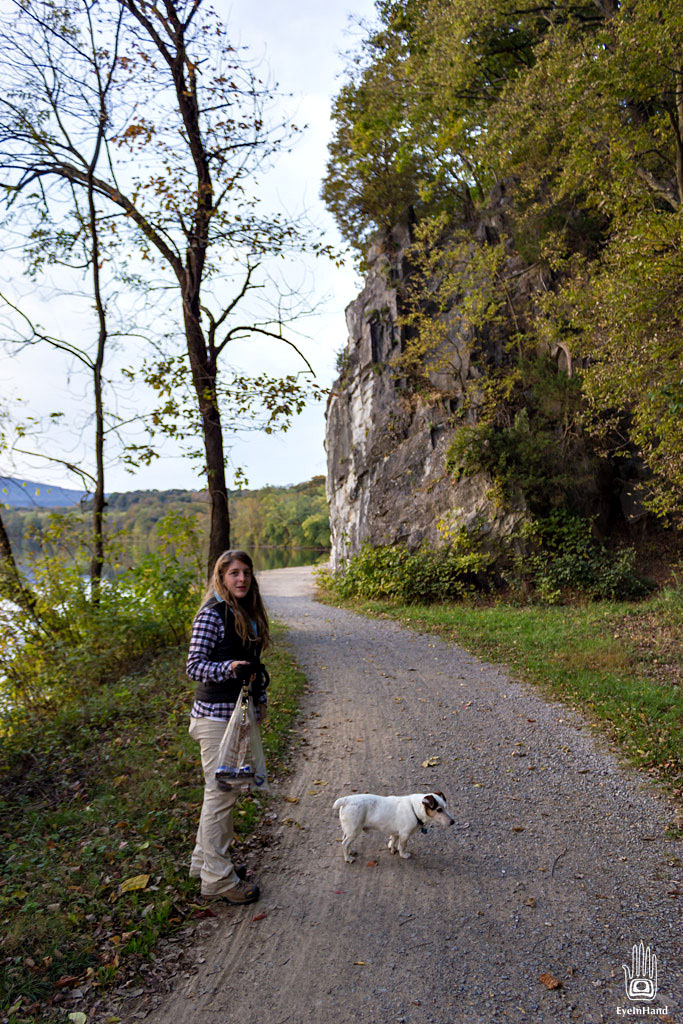 The dam backs up a pond on the Potomac deep enough for power boats. Also deep enough to keep the Melonseed off the rocks. Our plan for the next day was to take her kayak and Caesura for a float trip down the river.