Getting into Canada was a real a pain. The drive from Burlington would normally take about 2 hours door to door. But there was some sort of security alert in effect, coupled with a whole bunch of Canadians returning from some weekend event in the States. It took four+ hours, two of that to go one mile at the border. We almost went through a back country crossing, one we saw at the north end of Lake Champlain, but didn’t have a map or GPS for the country roads beyond. Should have. Even lost and wandering in the woods would have been a faster than the highway. 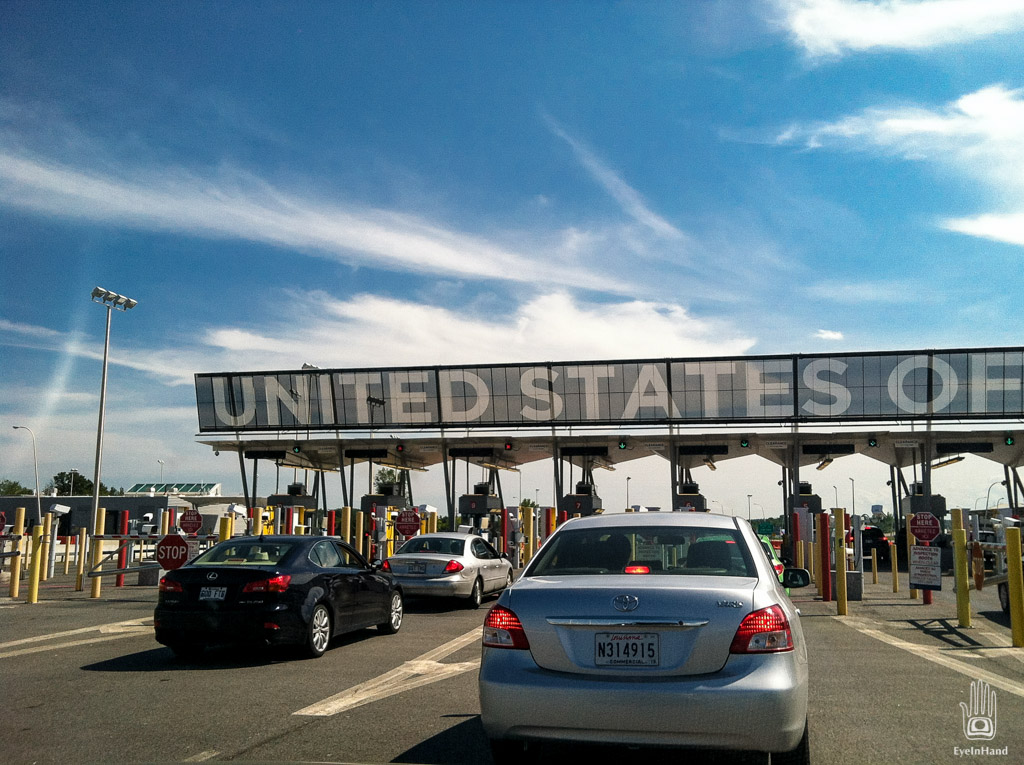 back at the border

Montreal is a beautiful old city. Sort of Europe Lite. Not only does it look European-ish, but feels it. French is the official language, and they’re rather passionate about that. Funny, because my understanding is the French admire the Quebecois dialect about much as the Brits admire my southern drawl. Which is to say, not much. Then again, we southerners are rather fond of words. 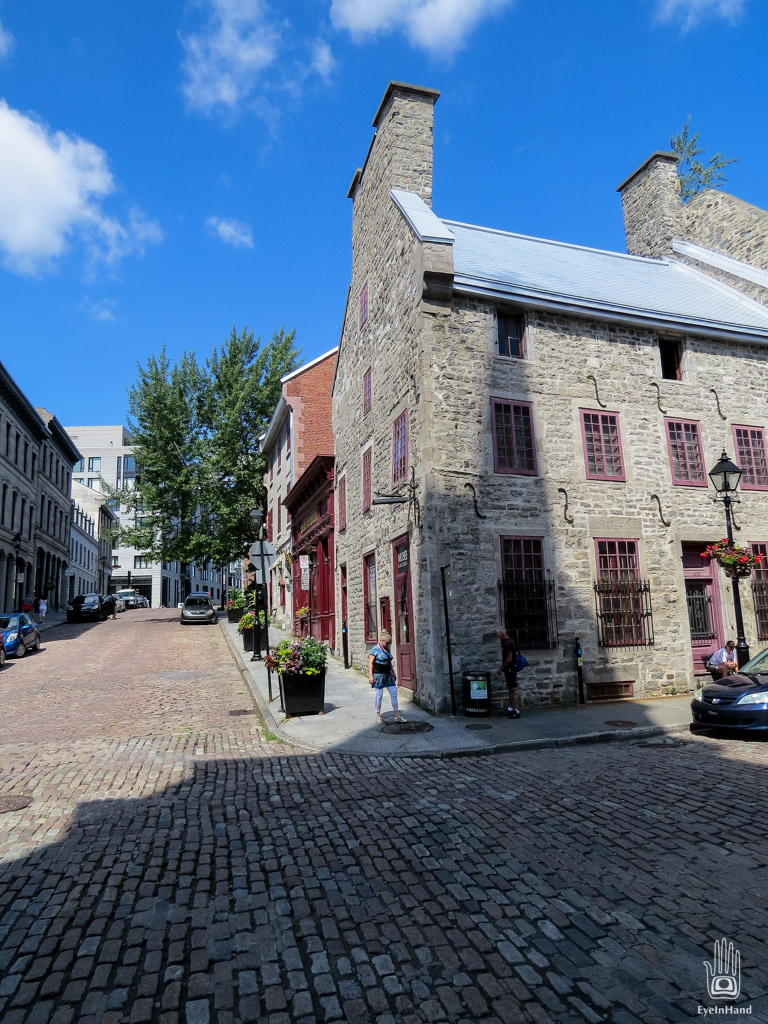 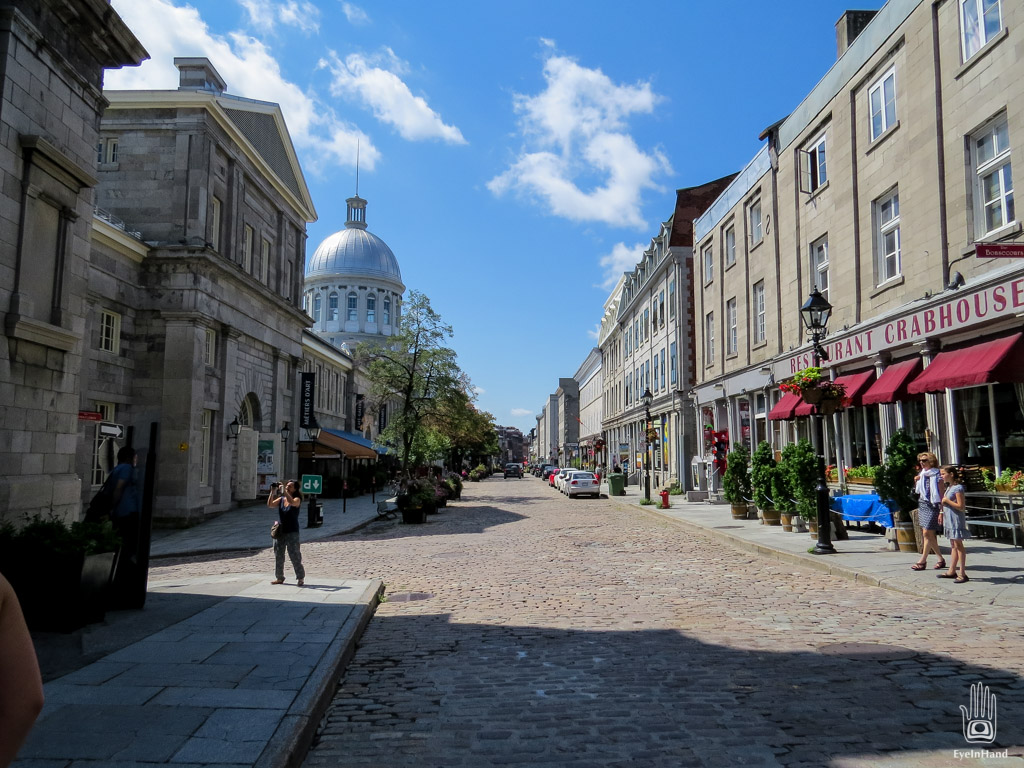 We had a place reserved through airbnb in the old quarter, down on the riverfront. Once in the city, I left T with the car in a ten minute parking zone while I tried to find it.

Getting in was a rather tricky. We had, of course, been delayed at the border, the owner was out of town, and the poor woman waiting for us to arrive did not have our number, was not getting our text updates from the owner, did not know why we were running late, and did not speak much English. I kept getting buzzed into the building, but no one came down to show me where to go next. I would go out and try the intercom again, text the owner, wait, get buzzed in again, and still no one showed. Lather-rinse-repeat. Very Keystone Cops. Finally, the owner texted me the apartment number, and the frazzled agent, who was actually quite nice, opened the door and showed me around. It was an attractive efficiency apartment, with big windows, and the location was perfect for us. 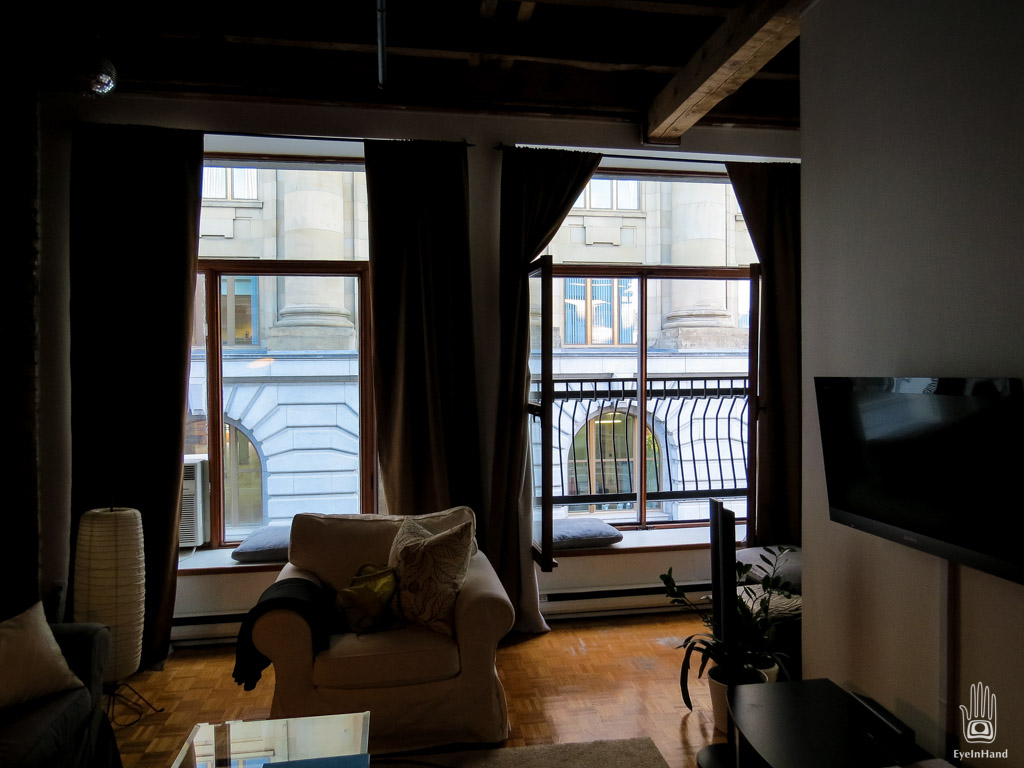 She also showed me the only free parking spaces near the building, and said something in French about street cleaning and moving cars, yadda-yadda-yadda, which I didn’t quite grasp, but I nodded and smiled and thanked her.

We settled in, and walked around the corner in pouring rain to a great little restaurant. One of many we discovered over the next several days. 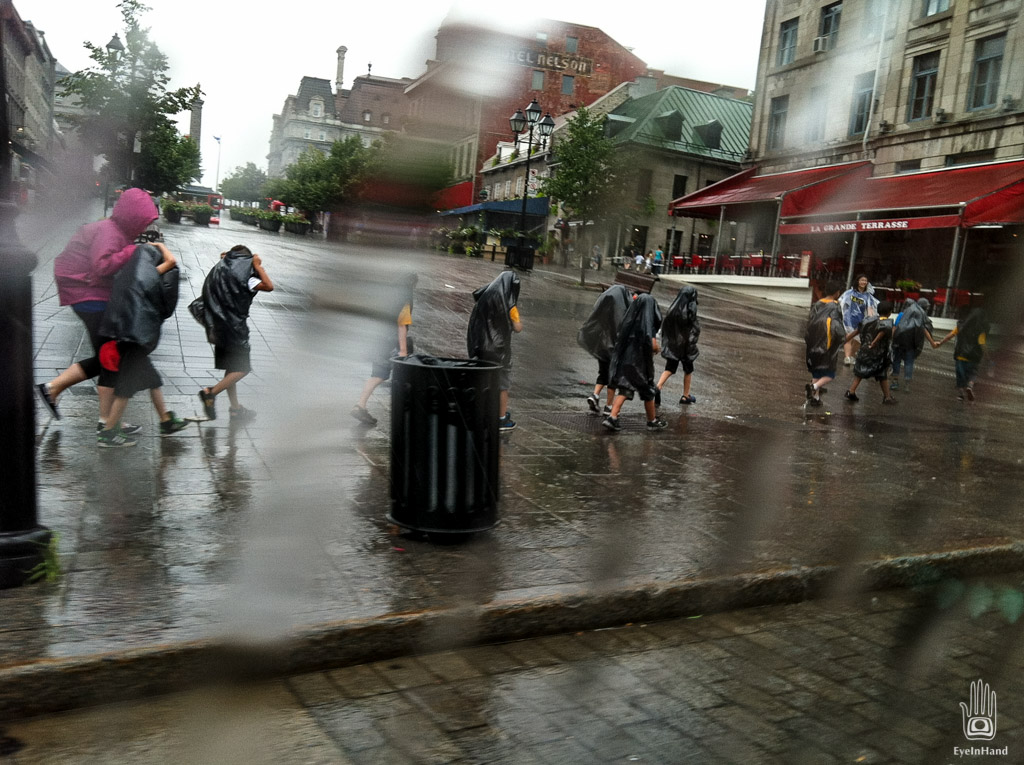 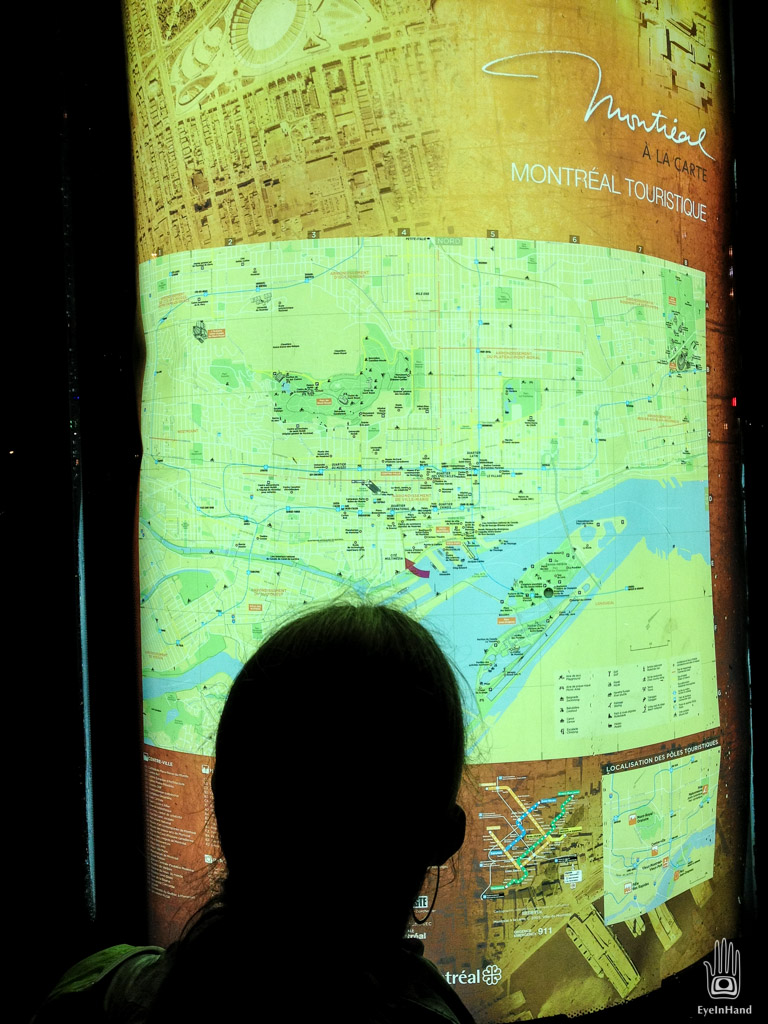 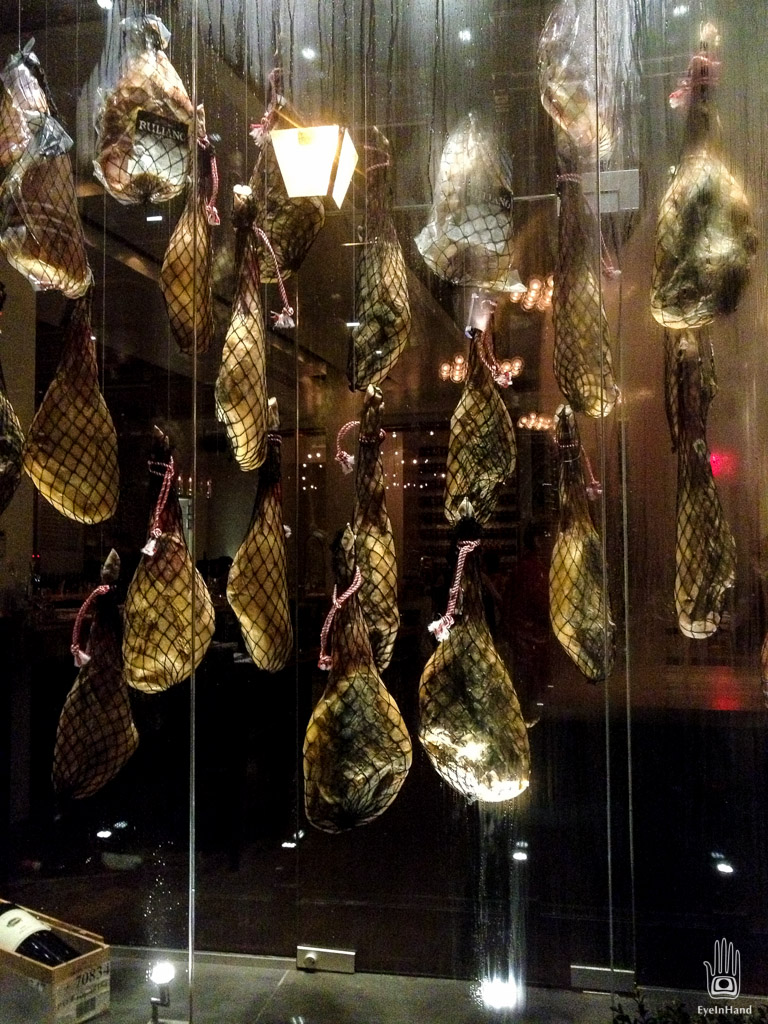 From the apartment, we could walk a few blocks and find galleries, cafes, museums, dozens of restaurants, or go the other direction and walk the quay along the waterfront. A seamen’s church, Notre-Dame-de-Bon-Secours Chapel, hundreds of years old, faces the port. From the ceiling hang ship models crafted by sailors who survived tragedies at sea, donated to the church in thanks for safe return like personal offerings and talismans. 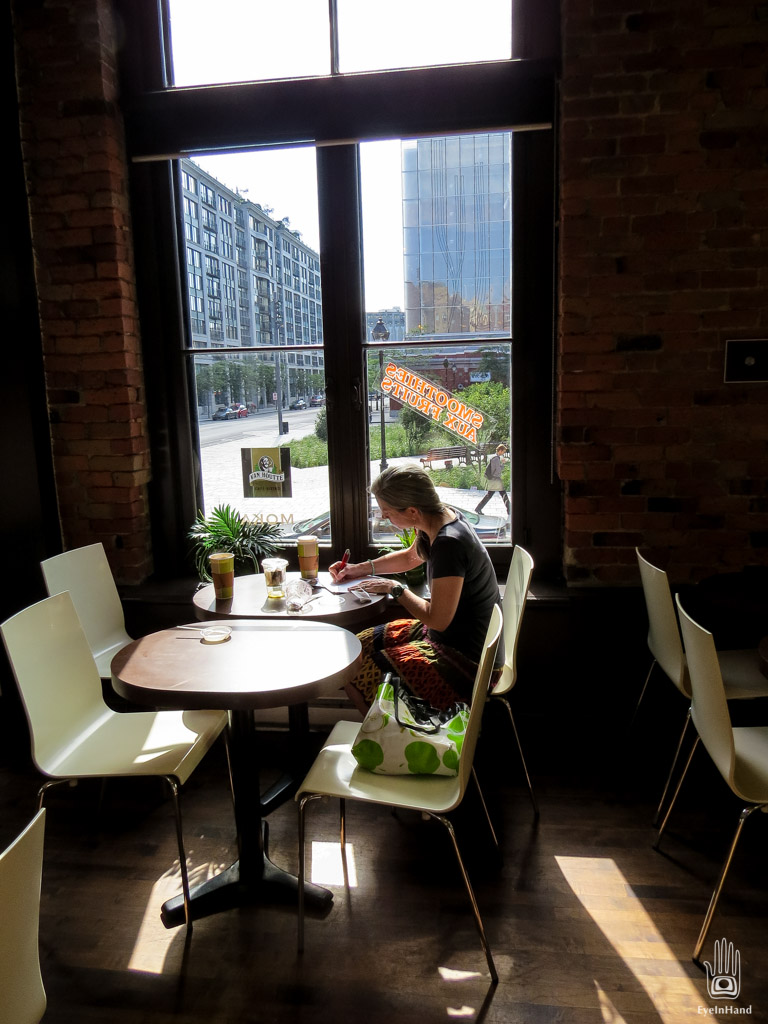 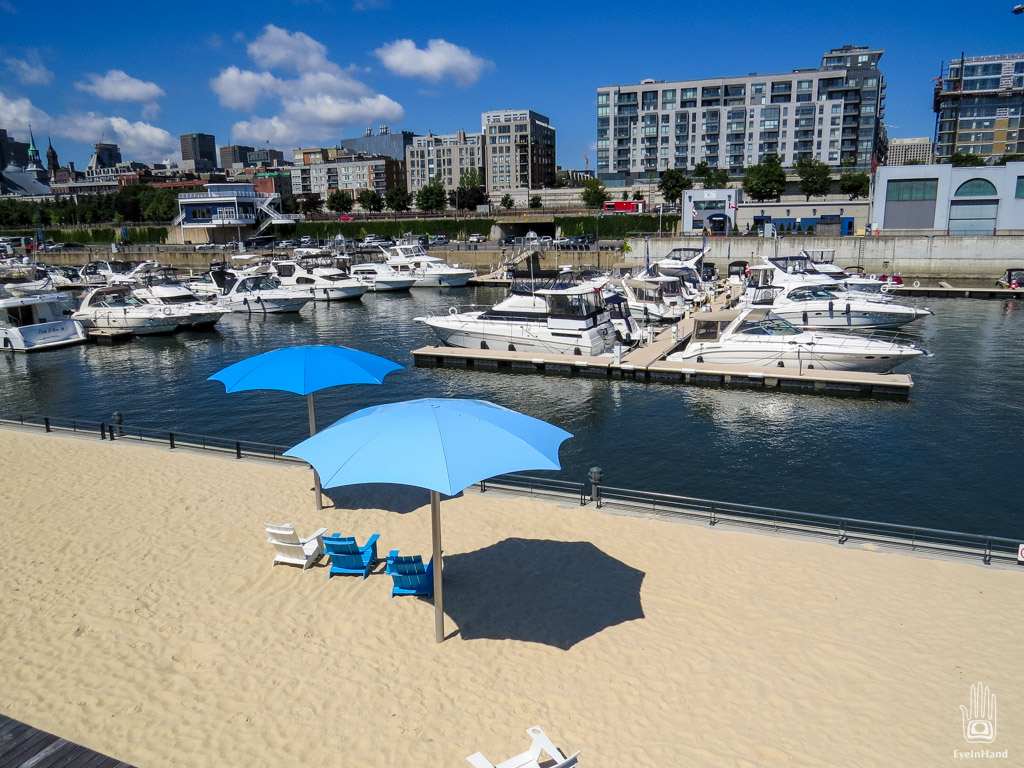 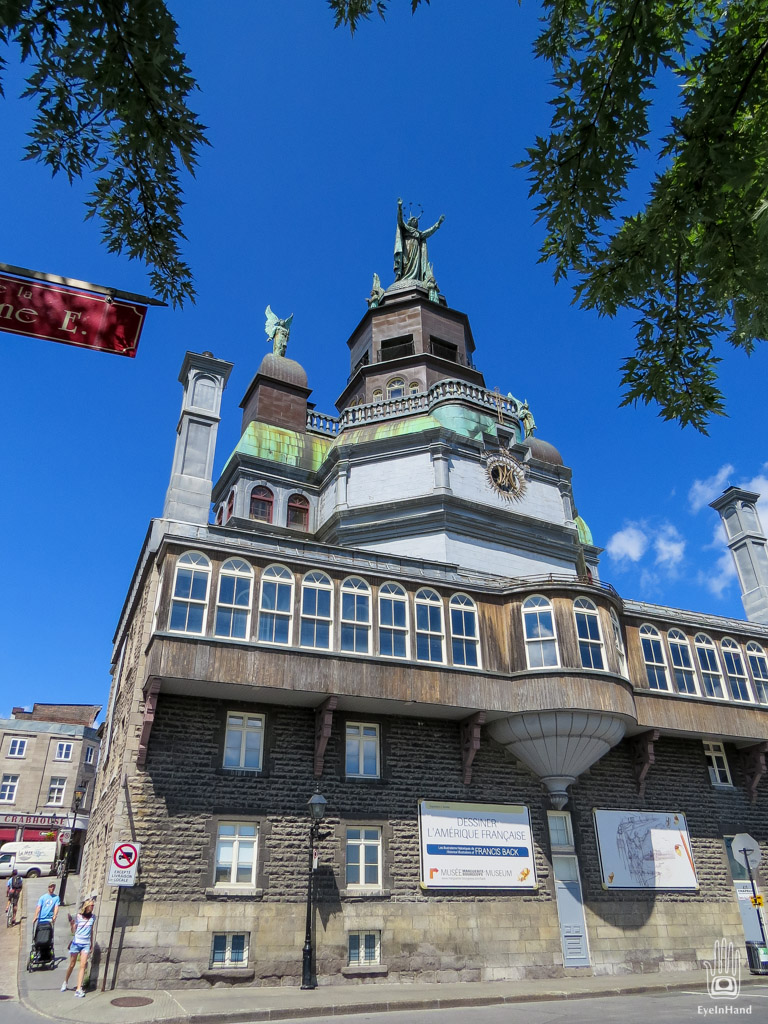 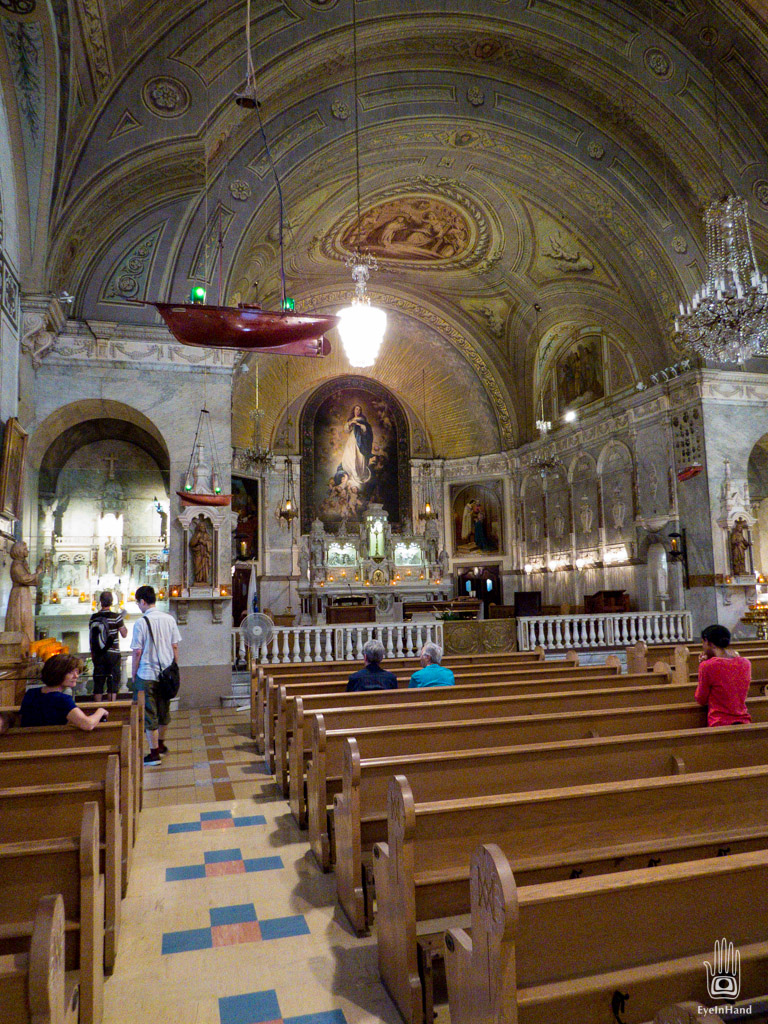 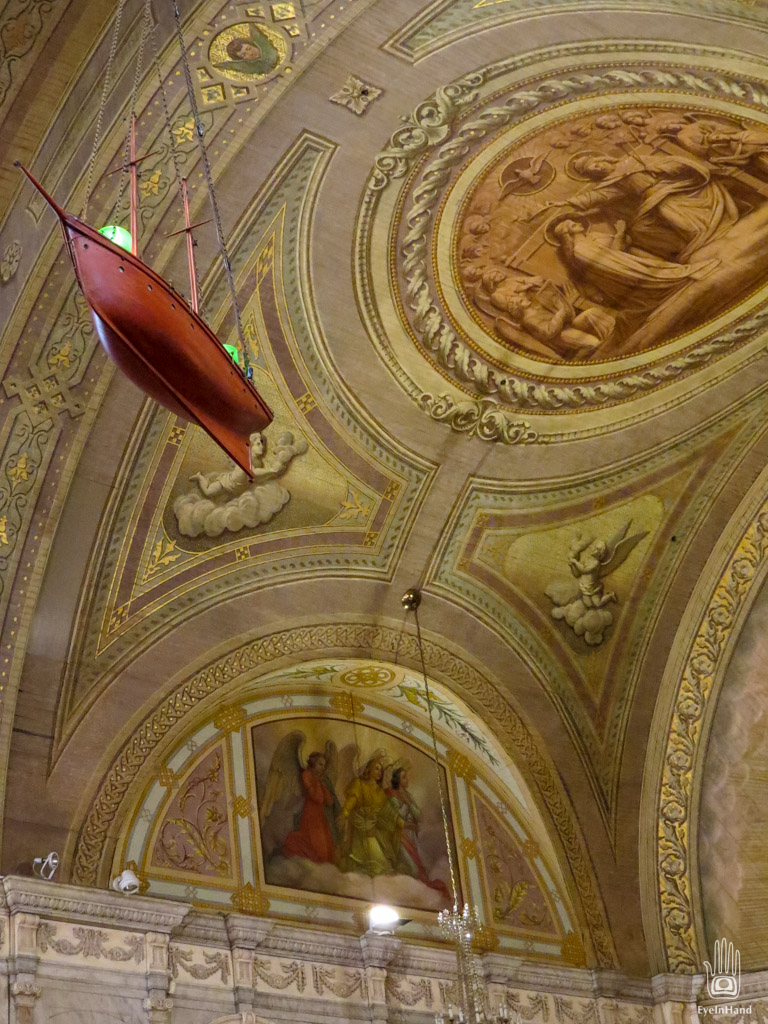 We frequently took walks at night after dinner, enjoying the lights and nightlife tumbling out into the streets. 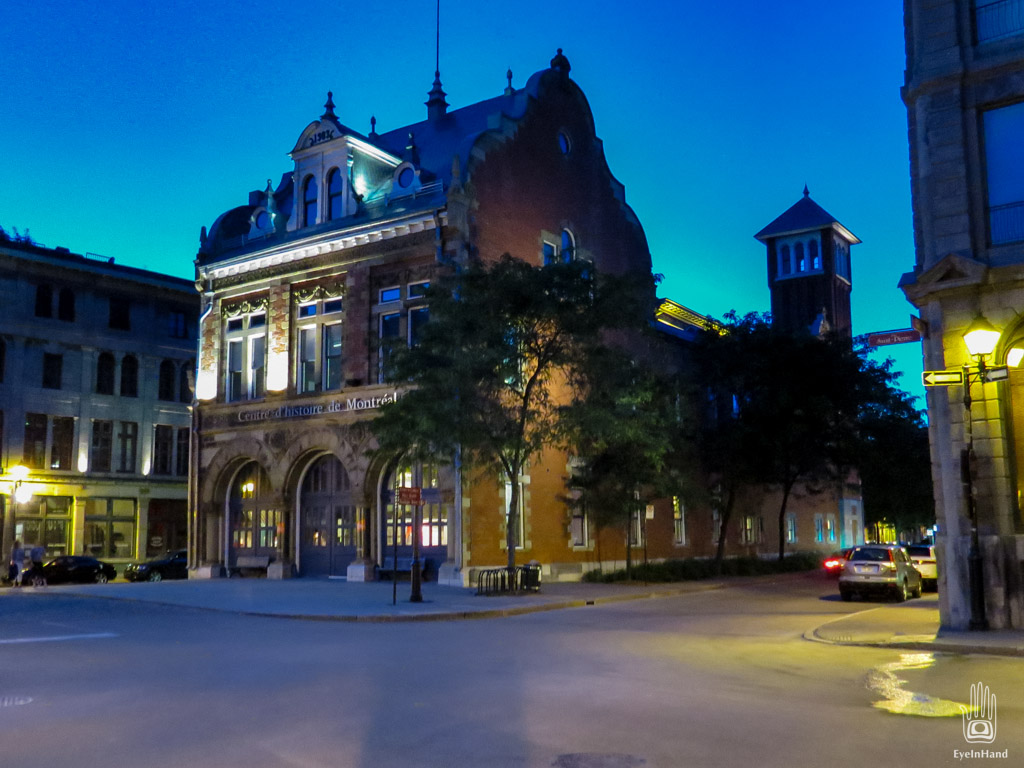 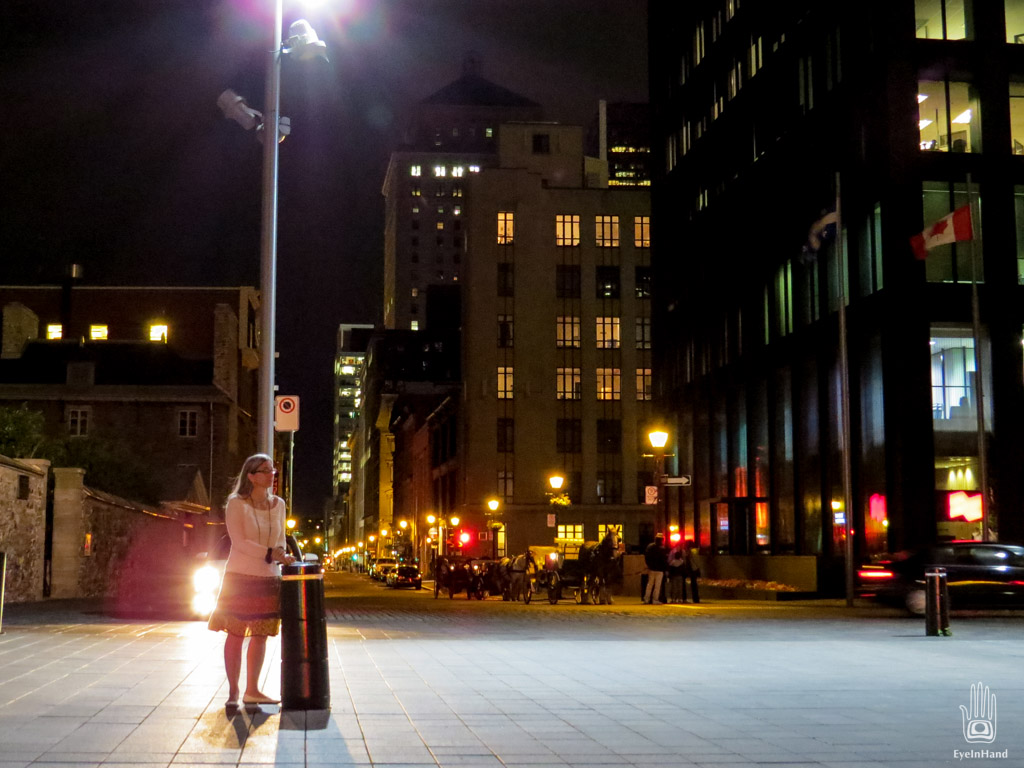 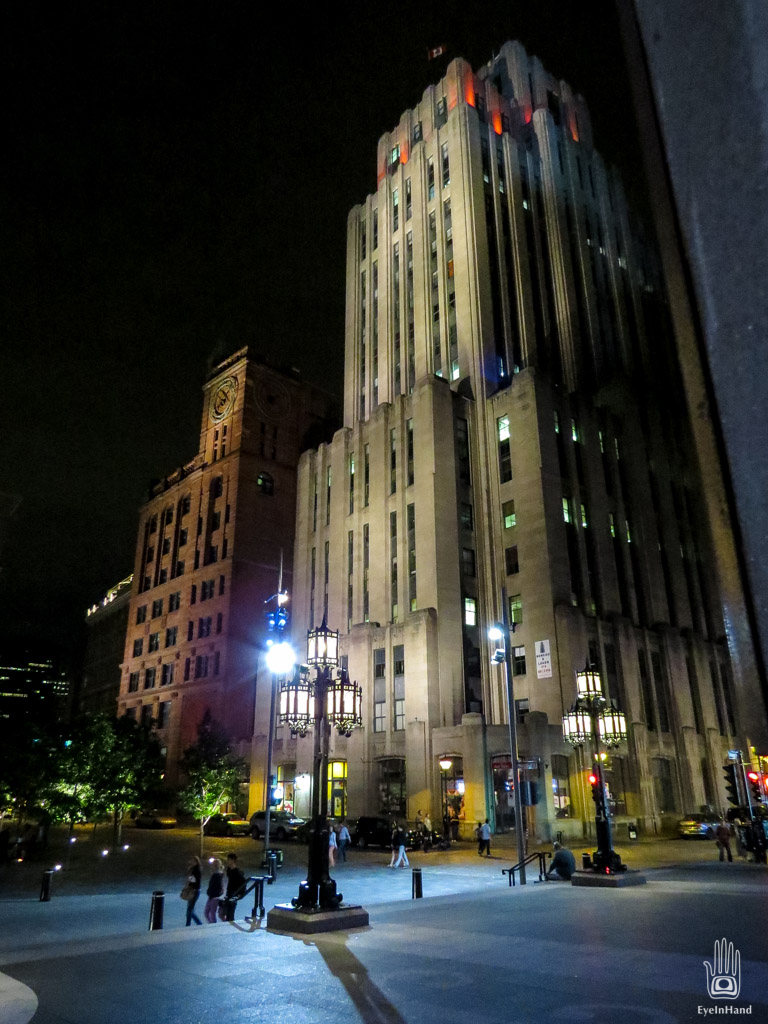 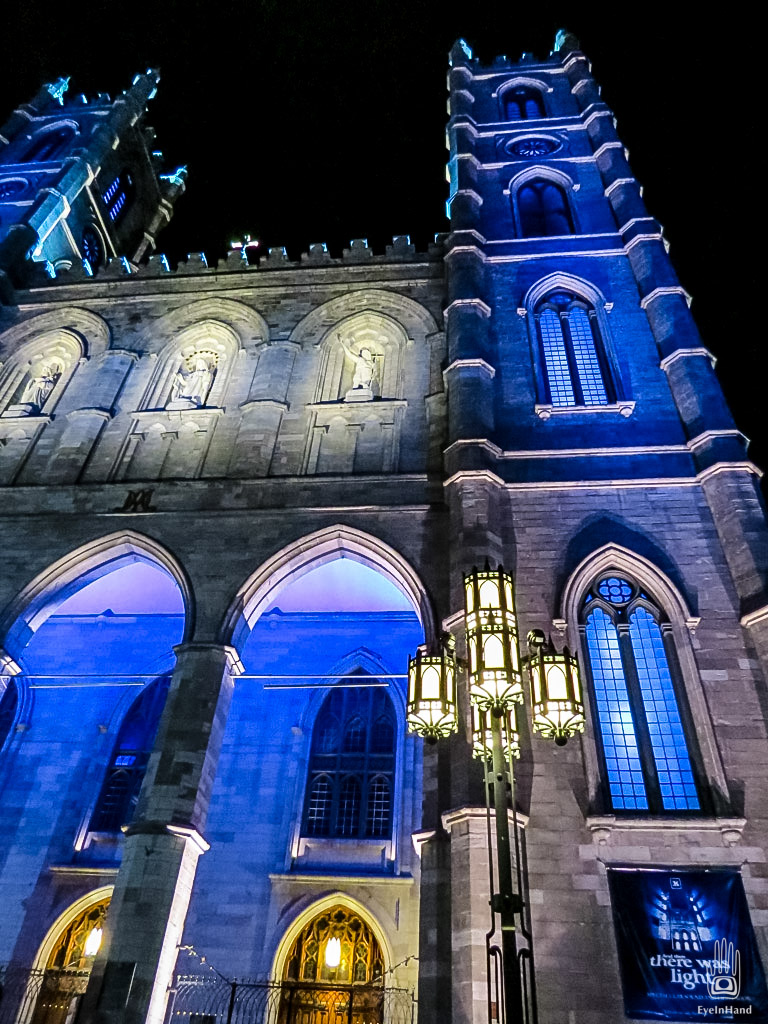 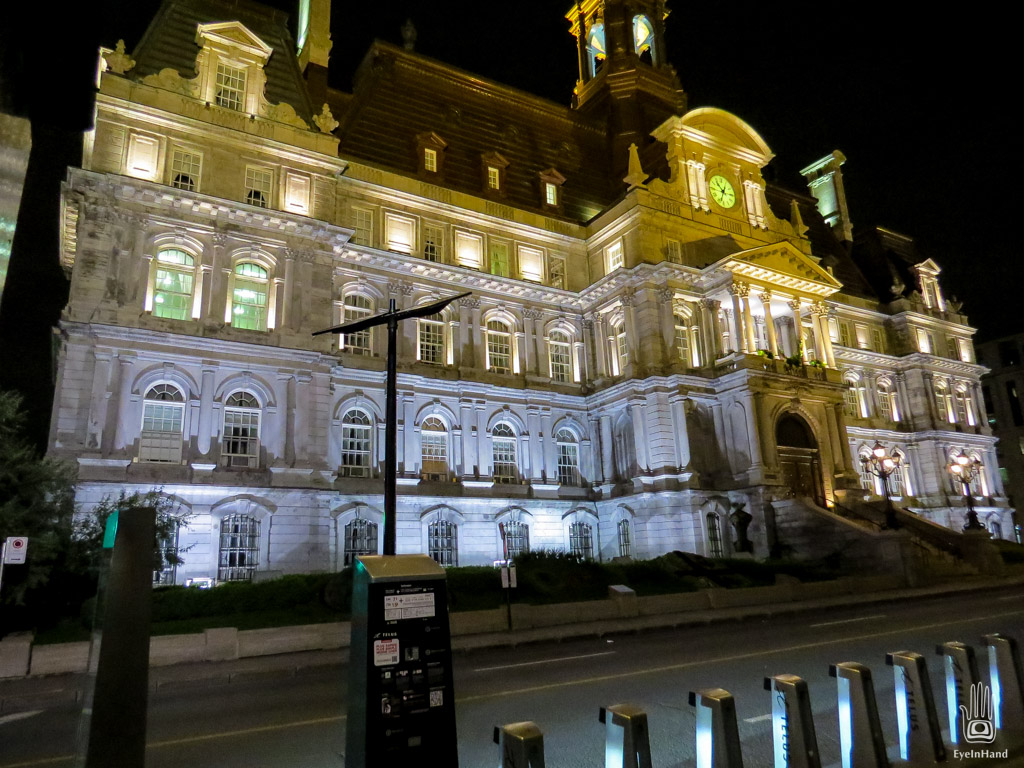 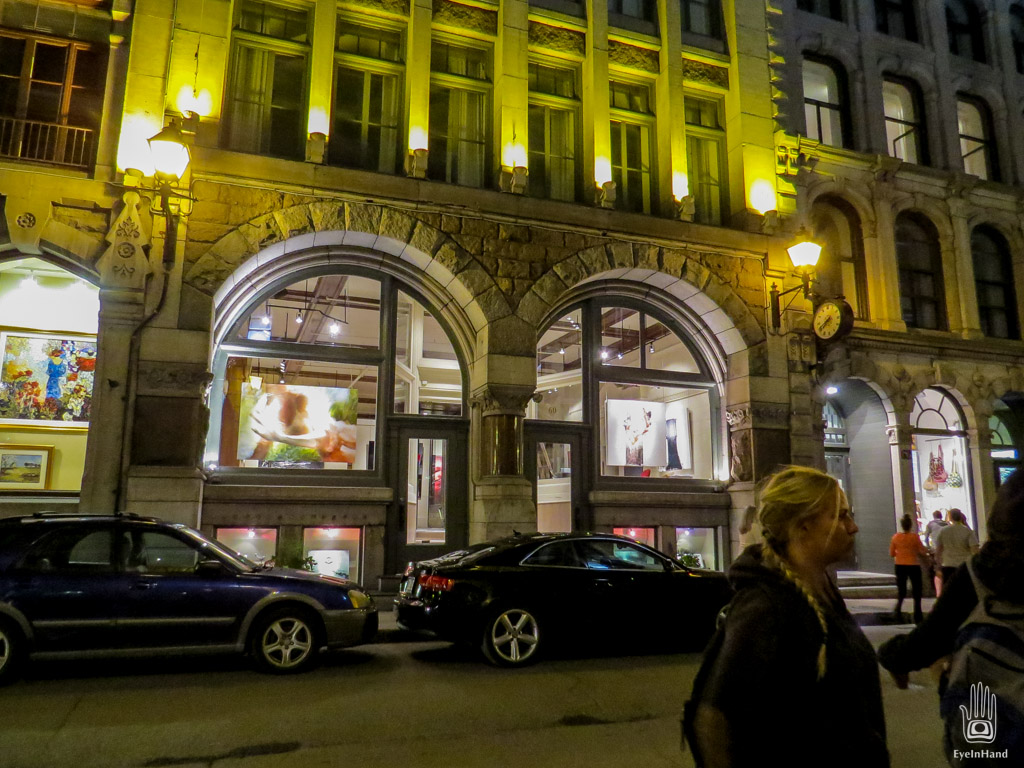 Just people watching, for someone who spends all his time in the country, is entertaining. And the food. Schwartz’s Deli is a local icon, with lines down the block to get a simple “smoked meat” sandwich – what you and I would call pastrami. There’s even a broadway musical written about the place. Despite the hoopla, it’s still just a pastrami sandwich, but a darn good one. 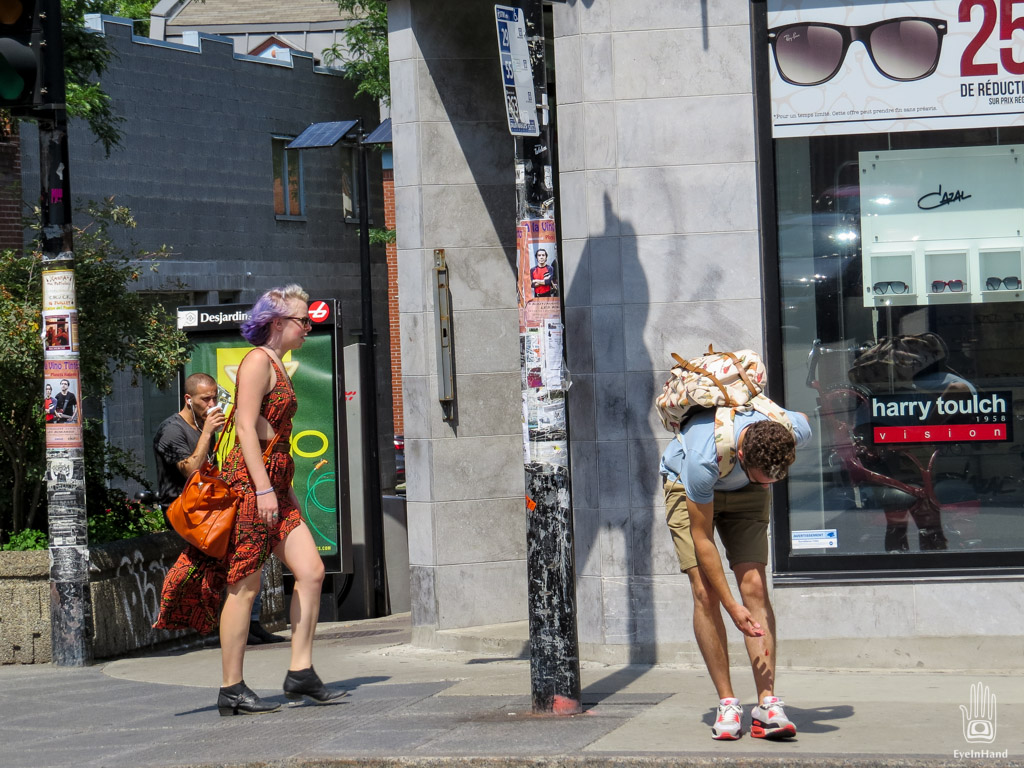 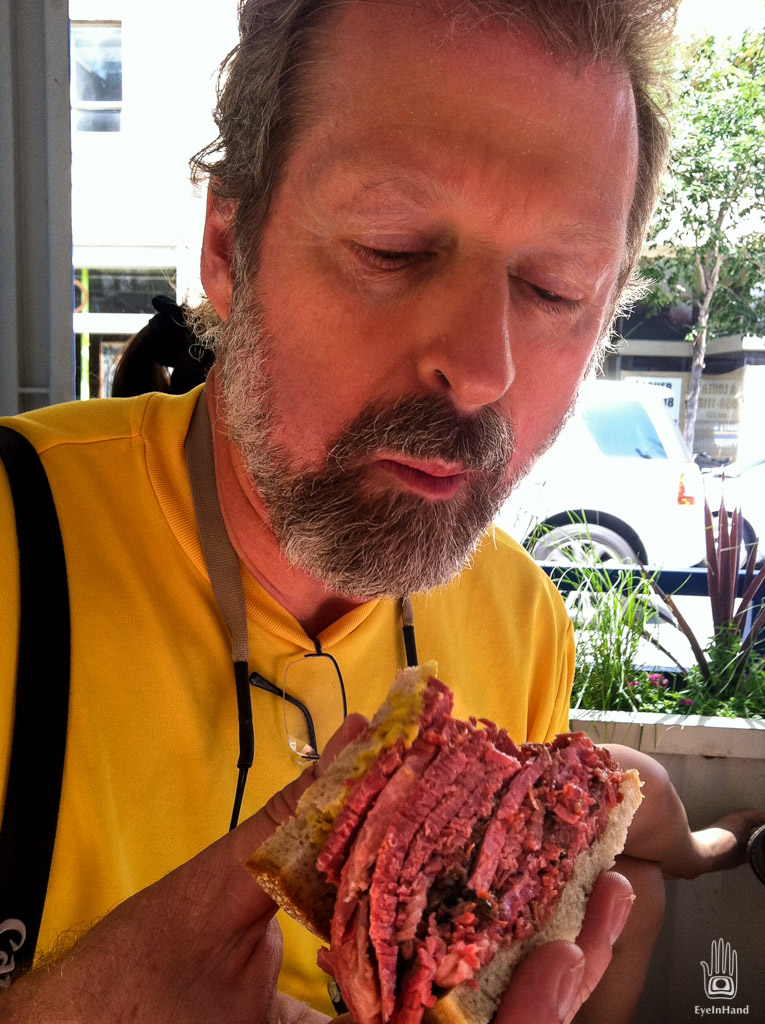 Around the corner from the apartment was a Bixi bike station, and we took great advantage of it, often leaving in the morning, traveling all over the city, and returning at end of day. It would turn out to be the best way to move about the city.

One Reply to “Boats and Bikes ~ Montreal, Quebec”