Postcard from the Road: 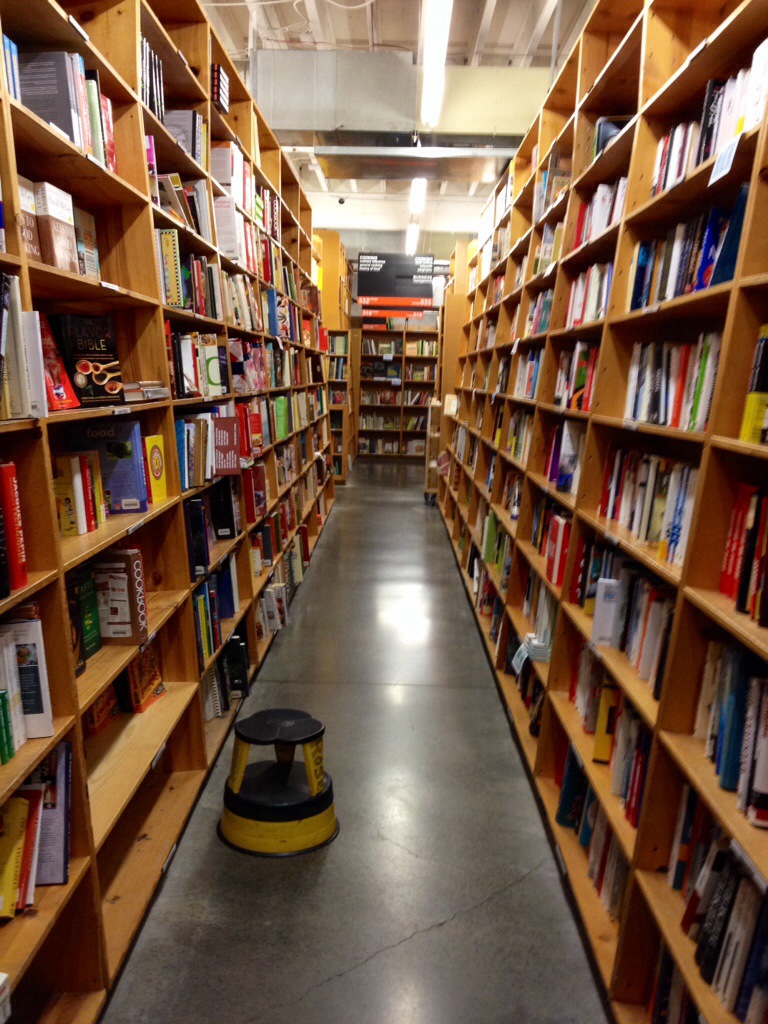 The aisles of Powell’s City of Books in Portland, which
takes up several floors of a full city block. And then some.

We drove all the way across Oregon in the rain along the Columbia Gorge. Passed through Hood River in the dark, arrived in Portland exhausted. Decided to head straight for something familiar and comforting – a bookstore. 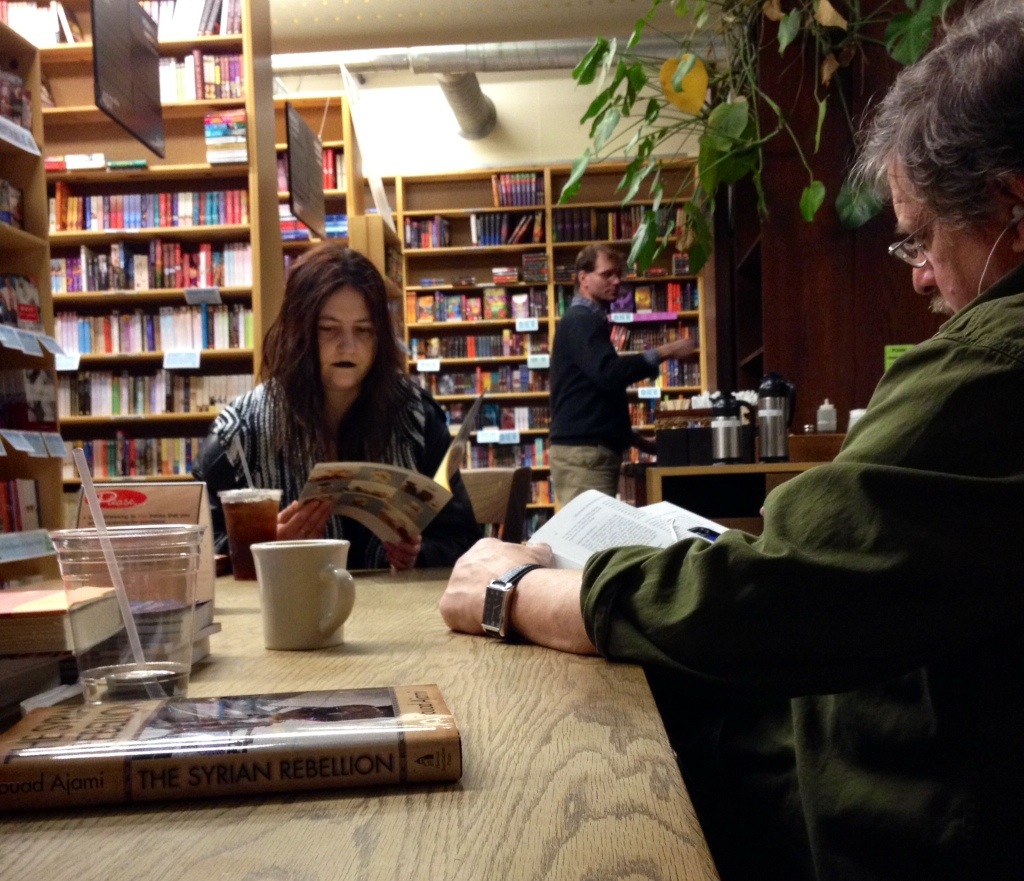 Sometimes Portland felt like being on a movie set – everyone was in character.

Ok, an enormous bookstore. But from there we knew we could set up a quick base camp and figure out what to do next: get out of the rain, get out of the car, and get access to wifi.

Still raining, cold and hard. Just parking was a big hassle, and the idea of getting back in the car had zero appeal. Found a hotel close enough to walk to, just a couple of blocks away. Pricey, but anything in the city would be expensive, and we were ready for a little R&R. And food.

Got checked in, and realized we needed to bring the car around to the hotel. Then realized it wouldn’t fit into any nearby garages with that humongous luggage rack on top. On a tip from the doorman, we ran back for the car in the rain and grabbed a spot that opened up right out front on the street. Emily decided it was worth it to get up early to feed the meter. No other options, really. We’d be heading for Hood River by lunch, anyway.

I got a plane reservation and arranged for a rental car for me, and a place to stay for at least the next night.

Still buzzing from the road neither of us could get to sleep right away, but when we did we crashed hard. 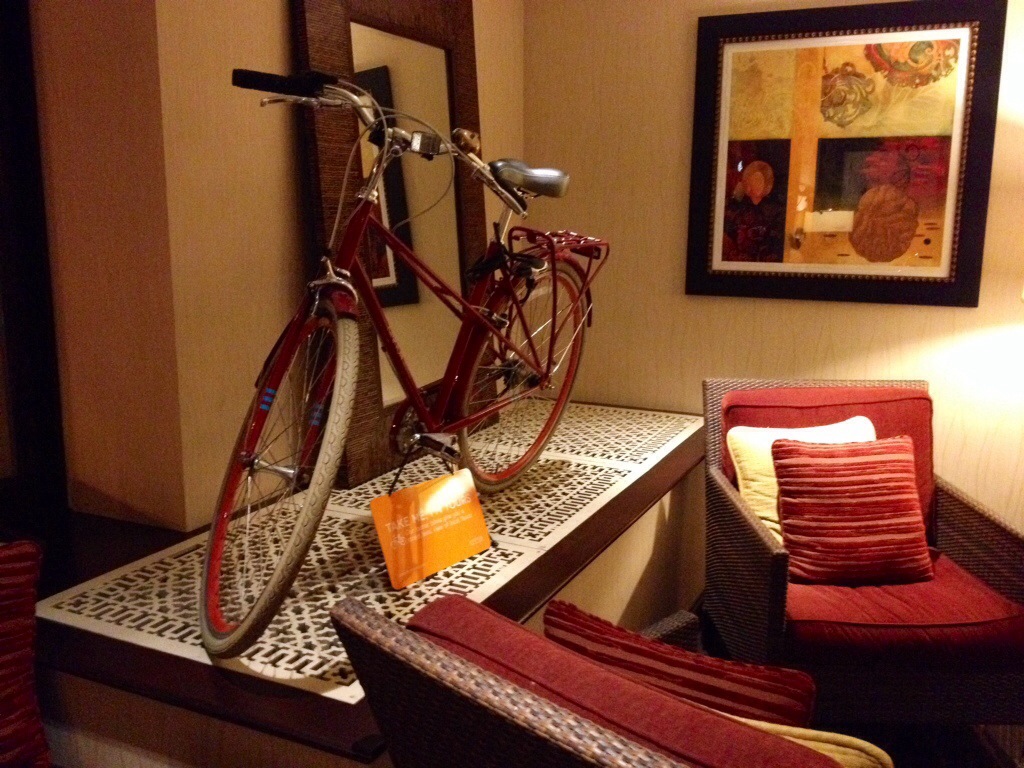 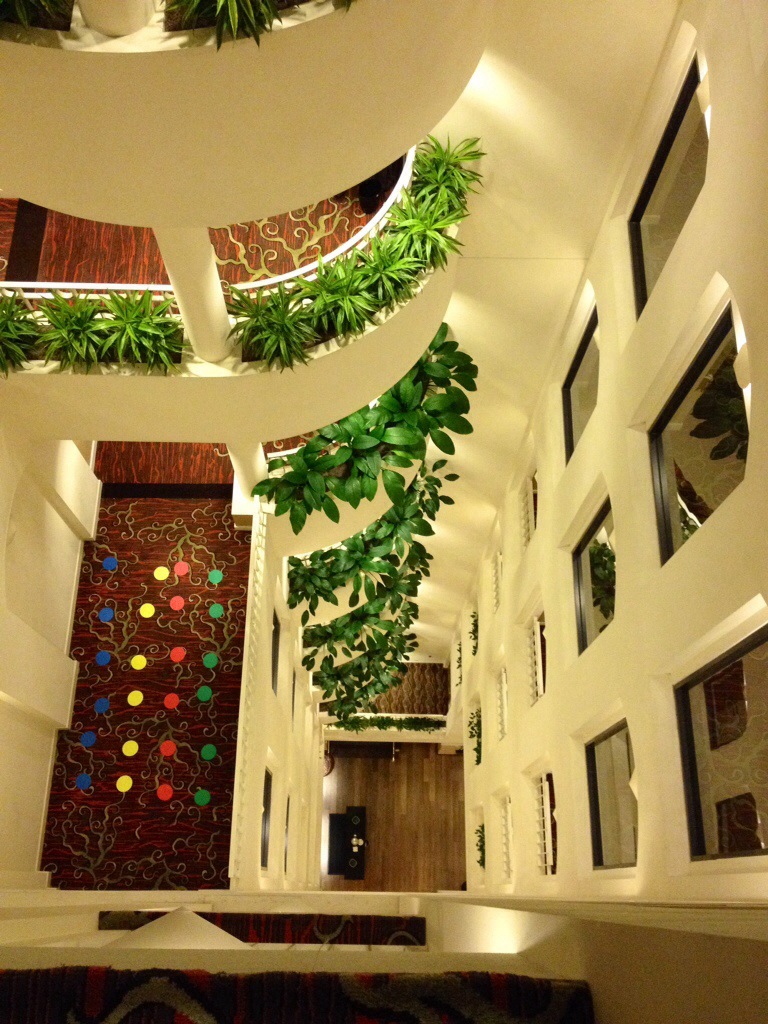 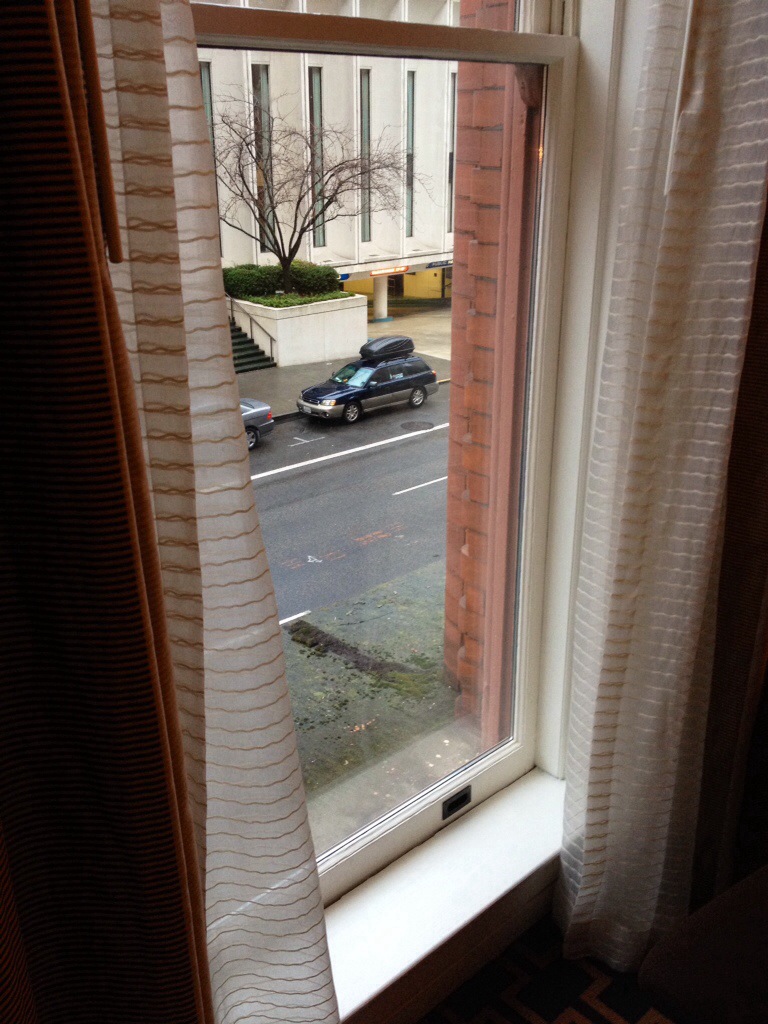