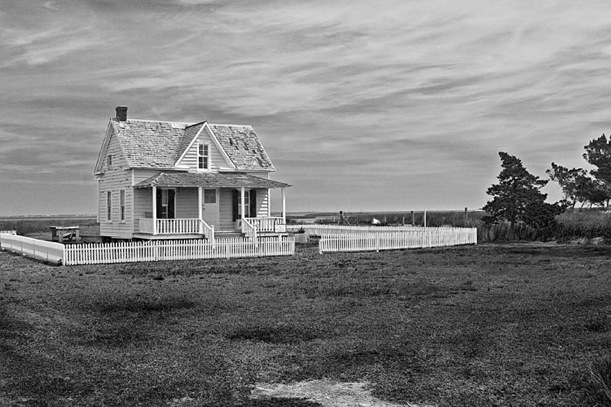 South of Ocracoke, across the inlet, is Portsmouth Island and a ghost town of the same name. Though as a community it began and survived alongside Ocracoke for hundreds of years, Portsmouth’s more limited access proved it’s undoing. It was abandoned almost 40 years ago, and came under care and control of the National Park Service. There was never any electrical power on Portsmouth, though a few small generators operated when needed. Mostly the residents continued to live well into the 20th century much as they had in the 18th. Many of the houses are preserved intact, as are a church, a general store, a school, a post office, and the decommissioned life saving station once manned by the Coast Guard. Almost all are open to the public and cared for by volunteers alongside the Park Service, who only seems to provide assistance when funding is available. 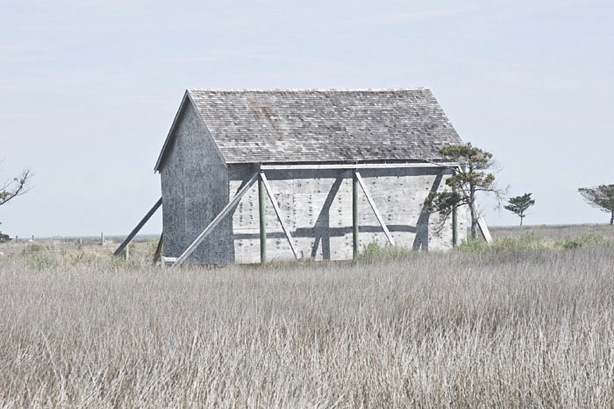 You can only reach Portsmouth by private boat. For a small fee, Wade Austin of Ocracoke will ferry visitors over from the docks at Silver Lake. He takes small groups across the inlet in an open skiff, picking everyone up from the beach a few hours later. His knowledge of the area and the island’s history is extensive, as his family has lived on Ocracoke for generations. He even speaks with what remains of the “island brogue,” an accent unique to remote islands of Virginia and Carolina, which sounds somewhat like a cockney version of Elizabethan English, and may in fact trace it’s origins to those earliest settlers. 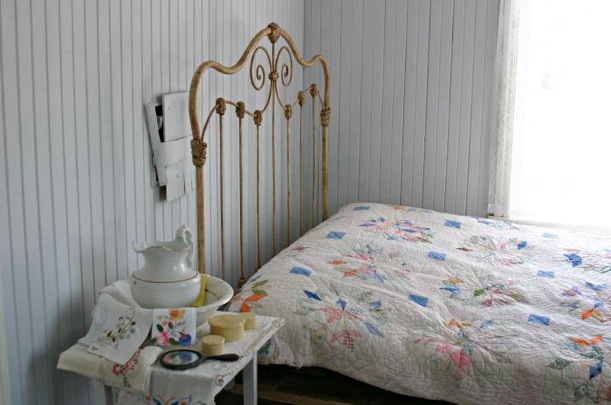 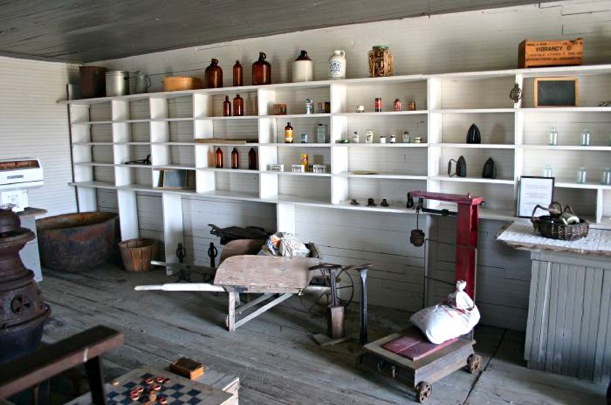 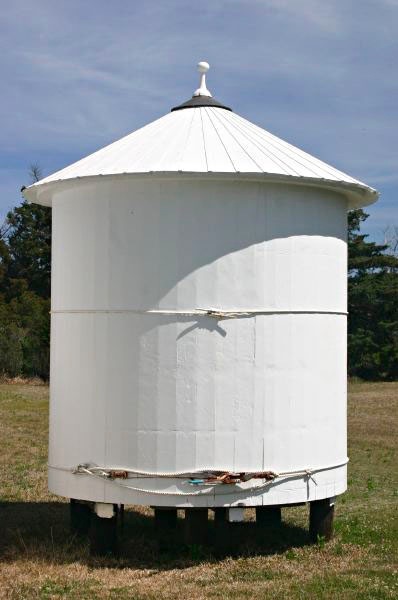 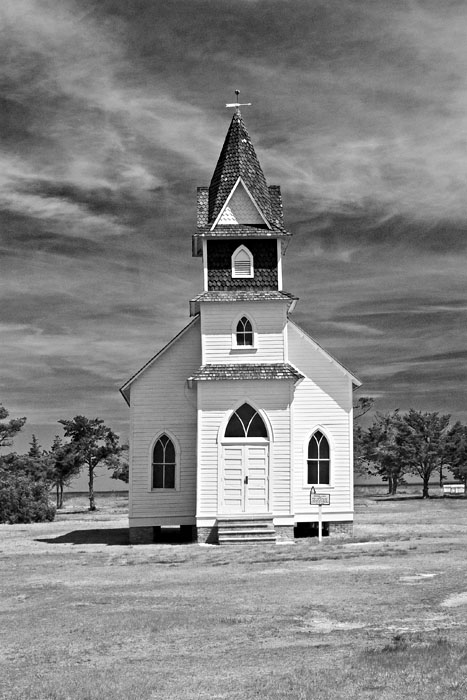 From the old Coast Guard station on the edge of the village, it’s over a mile walk across deserted sand flats to the dunes and the beach. There’s a surreal quality to the place. Nothing but damp, perfectly flat sand for as far as you can see, broken only by occasional animal tracks, with the horizon dissolving in a shimmering mirage. It feels especially strange after spending a few hours alone in a ghost town.

One Reply to “Portsmouth Island”