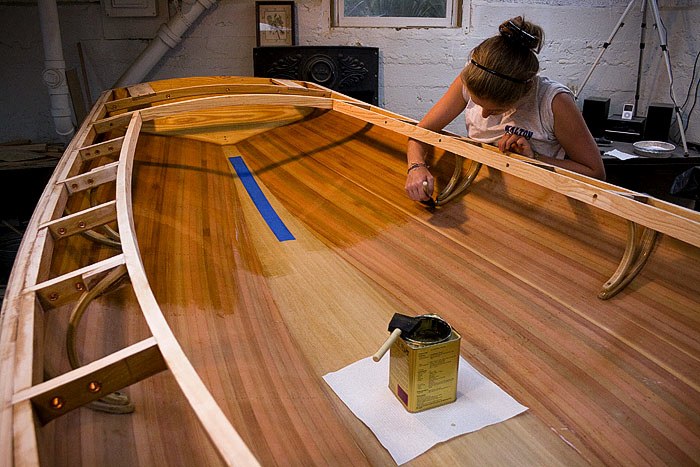 Em starting from the stern.

Emily and I put the first coat of Le Tonk on South’s interior. After months of looking at the dull matte sanded finish, the transformation was a bit shocking. Not only did the shine return, but also the color. The tung oil varnish really brings it out, as any varnish would. 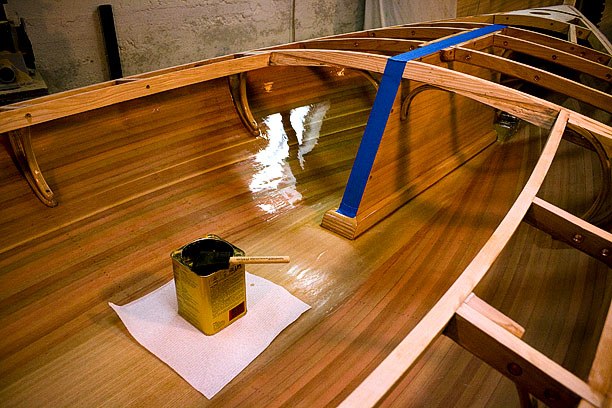 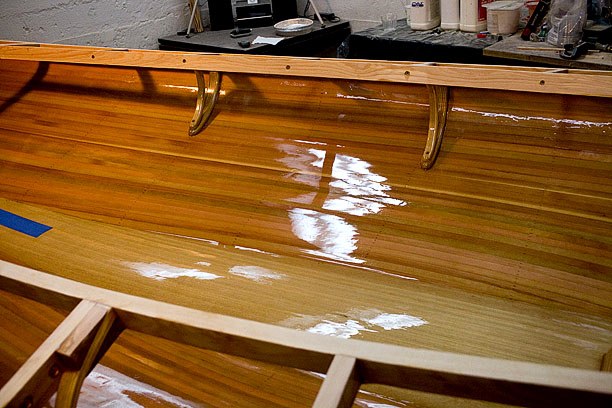 As promised, it was no trouble getting a smooth finish without leaving brush strokes. We started at opposite ends and worked toward the middle, and the place where we met blended perfectly. The coat was fairly heavy, and yet only a couple of small runs appeared along the knees, where they held extra fluid that drained off slowly. Easy to wipe up then brush out.

There’s a place on the keel plank where later I’ll need to mount some kind of small block to hold down the floorboards. Not sure where exactly that will go so, a big swath was protected with blue painters tape for now, along with some other key spots.

In these photos you can see the wood clampy things that hold the ends of the bentwood knees. They look more tidy in the pictures than in person, but they turned out better than expected. Not sure I would go to so much trouble again, but I do like the look of the knees tying everything together. 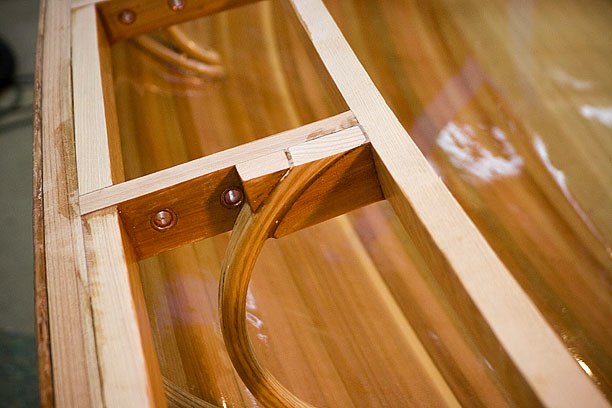 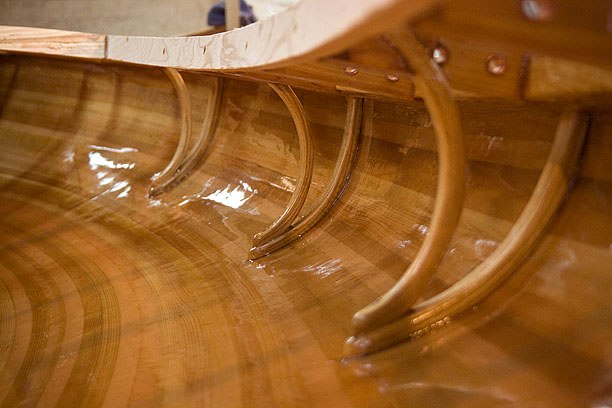 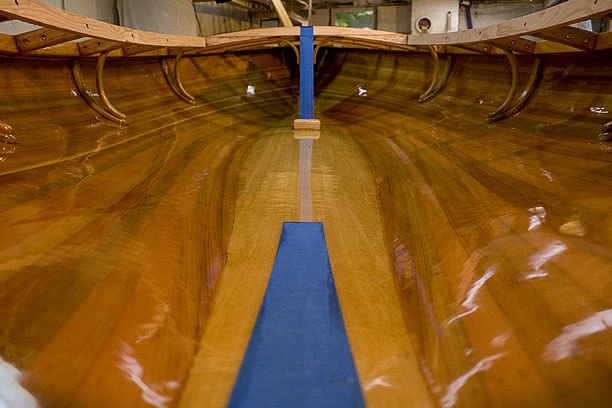 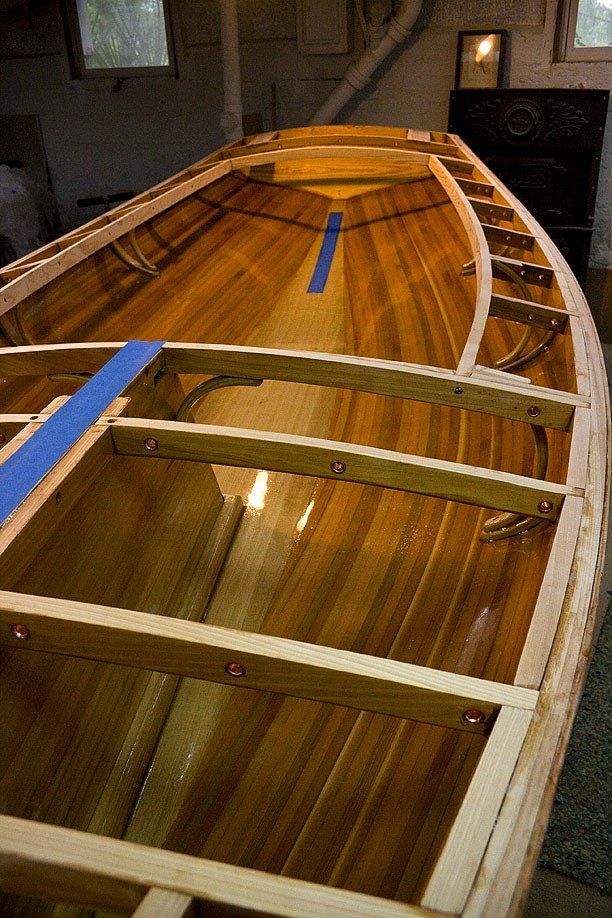 We’ll put on at least two more coats this week, then we’ll leave the rest for later, perhaps even after St. Michaels. Three coats should be enough protection for a weekend of sailing; the rest can wait.

Tonight the knees are clamped and glued in North, so next weekend it should get the same interior treatment. Evenings this week, besides the extra coats of Le Tonk, I’ll start making preparations to finally put on the decks.

5 Replies to “Return of the Shiny”