The word has some appropriate origins:

|emˈbärk| begin (a course of action, esp. one that is important or demanding)
ORIGIN mid 16th cent.: from French embarquer, from em- ‘in’ + barque ‘bark, ship.’

I’ve been planning this project for quite some time. Years, in fact. Life intervenes between many a fine notion and it’s fruition. Sometimes that’s a good thing. Big projects begin innocently enough, with an idea or impulse, and before you know it it’s taken root. If you don’t pull some weeds up quickly they drop seed and it’s all over but the mowing, or in this case, rowing.

If you’ve ever spent much time along the coast you know the feeling. Walk down the shore to the end of a spit of land. Across the water is an island. It looks to be uninhabited. The surf kicks up a mantle of mist, messing with the sense of distance. It’s too far to swim. But still, it’s close. If you had a boat you could get there. Maybe have a look around. But there you are, stuck at the water’s edge, journey otherwise over, except there’s that island right over there.

Few things seem more pitiful to me than that particular state of boatlessness, to be poised at the launch of some great journey or discovery, only to be turned back by the lack of a proper vessel, any vessel.

It was in the Adirondack Mountains of New York that I first saw what a proper vessel might look like. 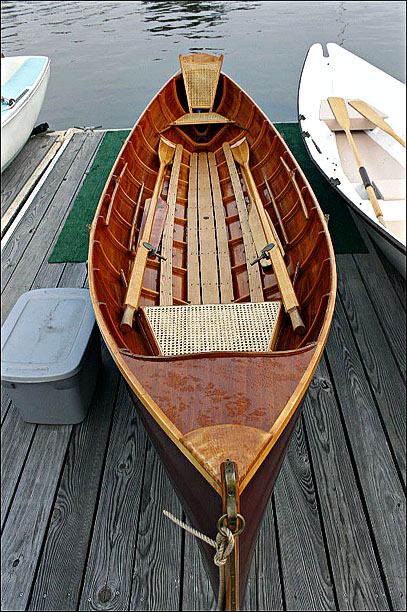 At the museum on Blue Mountain Lake is a collection of Adirondack guideboats and wooden canoes. Nearby I stumbled on small workshops where new boats were in progress. Not stamped from plastic like disposable soda bottles, these were handmade works of art in native local woods. Even more surprising was the discovery that not only were they beautiful, but their performance was far superior to their mass produced counterparts in modern materials. No doubt because of this, as well as for their esthetic appeal, their design and manner of construction had survived and been refined for over a hundred years. 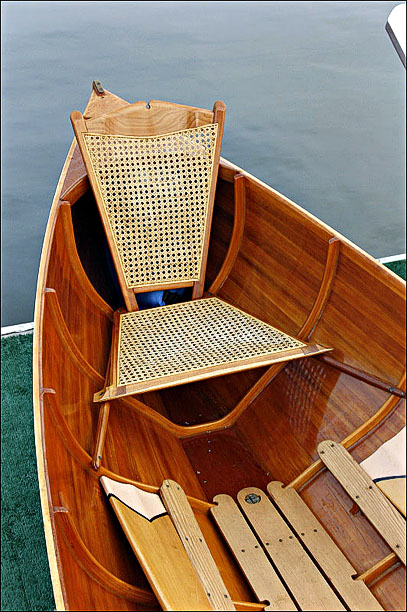 In fact, I encountered similar boats all over the area at docks, in boathouses – a strip built cedar canoe was for sale in the local hardware store, propped up on saw horses. They seemed an almost surreally organic synthesis of form and function, and their connection to the forests and water from which they came, and for which they were made, was obviously symbiotic. Clearly, a journey in this type of vessel would lead to a very different destination, even over the same stretch of water.

I’ve managed to stay close to the water, in one way or another, all my life. Over the years I’ve seen many examples of different types of handmade boats in different parts of the Atlantic coast – in New England, on the Chesapeake Bay and the Mid-Atlantic, in the Carolinas. All distinctly American designs, unique to their local conditions. One thing that becomes clear is the close connection between a type of boat, where it originates, and for what purpose and under what conditions it was used. Each aspect influences the final form it will take, and the best designs take all aspects into account.

Some years ago I came across a picture of a small skiff native to this part of the the coast. Something about it struck a chord, but at the time I had no way to learn more, and sadly lost track of it.  Then, years later, I came across one of them floating at a pier in Maryland and another on the dock beside it. I was struck immediately by the beautiful classic lines, and I took some photos and went home. It took me another year just to track down the origins of the boats and what the design was called: Melonseeds. 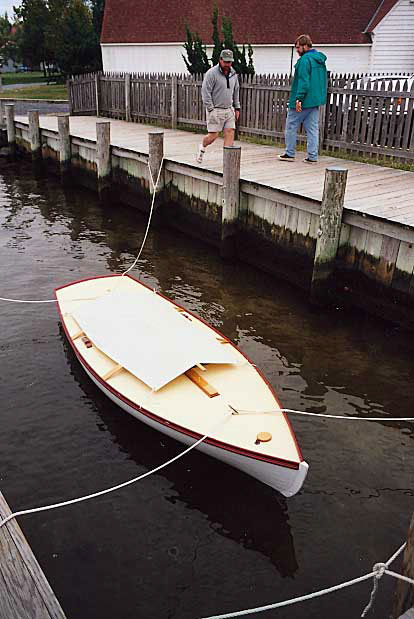 One Reply to “Embarking”