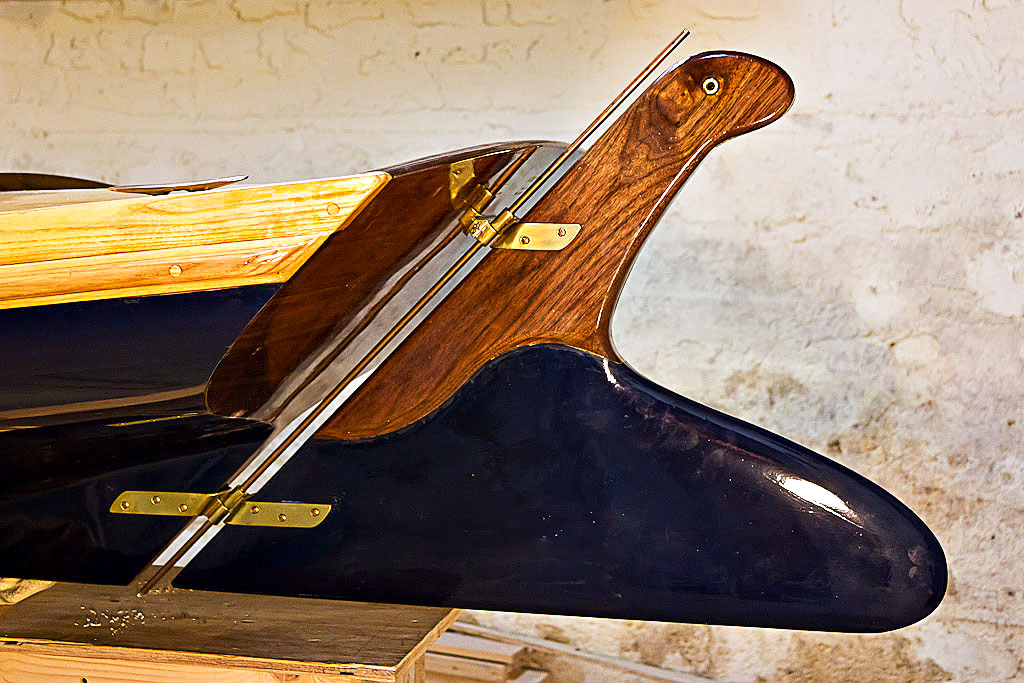 Got all the hardware done this week. You would think doing something already made, that you just attach with screws, would be simple, but you’d be wrong. This is why I’m so bad at estimating when I’ll be done – nothing is really that hard, just a lot more complicated than it seems.

Every piece of hardware is unique, The screw holes are all in different places on each cleat, for instance; the holes on one don’t line up with the holes on any other. You have to label each part, its location and its orientation, before marking where to drill the pilot holes in the boats, then make sure you put each piece back in exactly the same place to screw them in.

Screws actually suck water deep into the wood through capillary action, so at minimum they need to be sealed with bedding compound. Since I’ve used so much Ash in so many places, I thought it best to go a step further an waterproof the holes with epoxy first. That part was pretty easy using a veterinary syringe. Just insert it into each hole and fill it from the bottom up, let the wood take up as much as it would hold, then a little later insert a nail to squeeze out the excess. A day later the hardware could be installed. 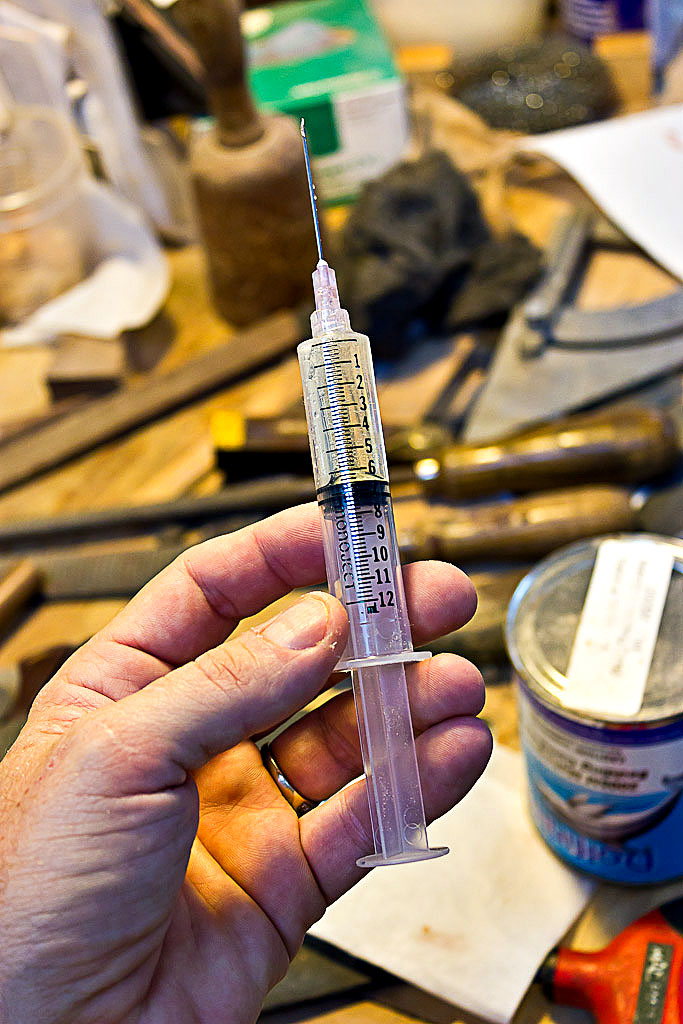 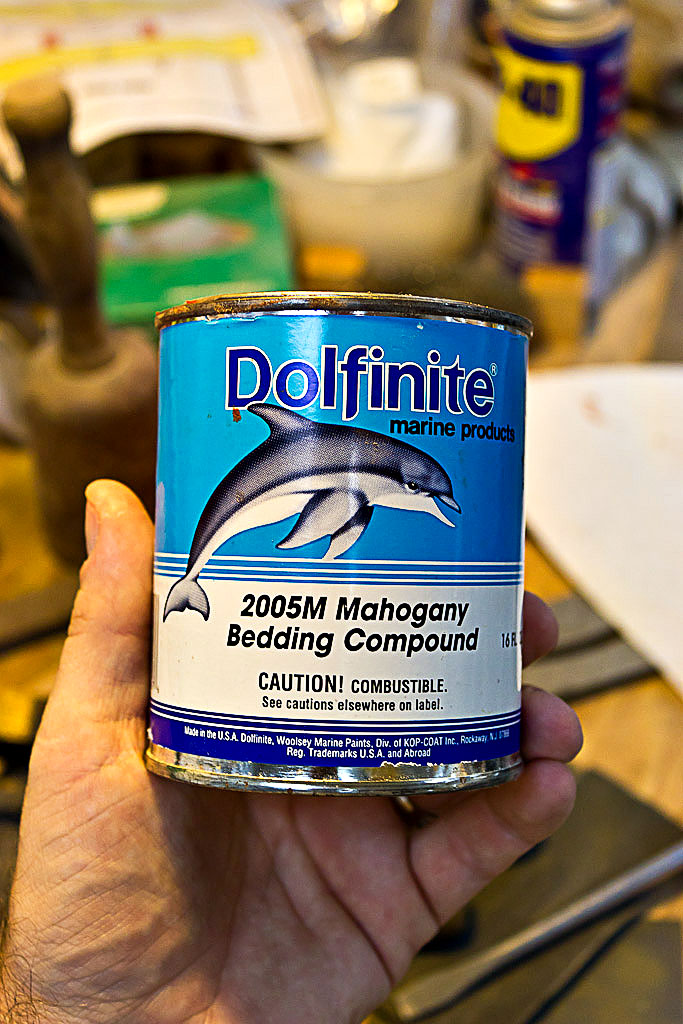 I used Dolfinite bedding compound. Not sure what this stuff is made of, but I like it. It actually smells like the sea, a little fishy, which is kind of cool. I don’t imagine you’re supposed inhale it, but it’s one of the more pleasant goops you work with building a boat. It won’t harden, so everything can be removed later.

The stern cleats have  backing plates made from 3/4″ UHMW blocks left over from the Centerboards. All the cleats got 1½” #12 bronze screws, the front ones into the 2″ block of solid Ash in the Breasthooks. 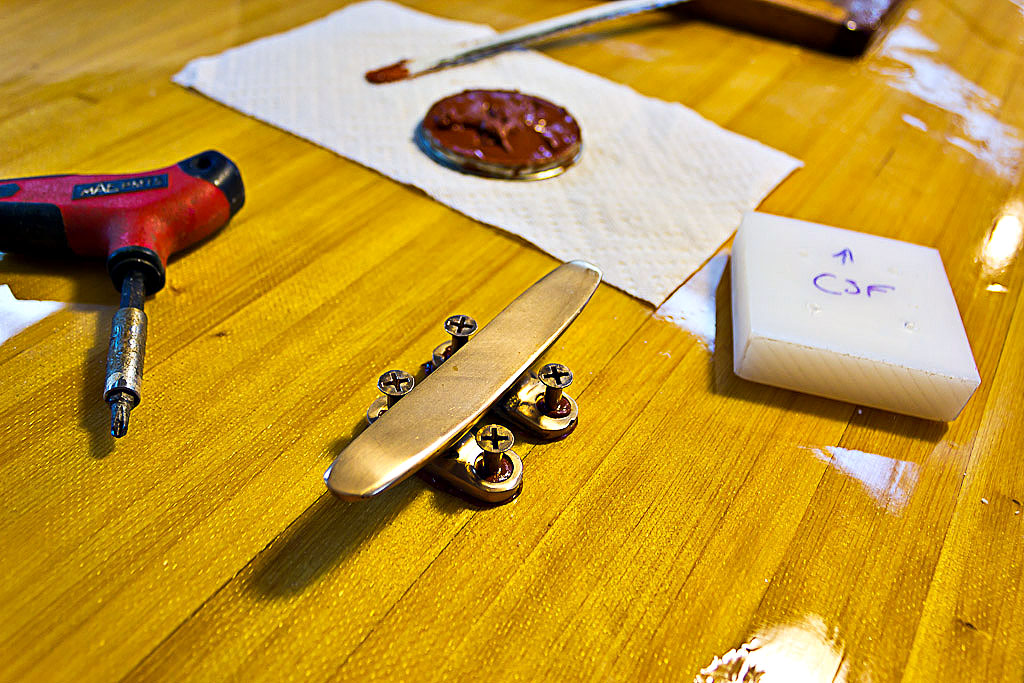 Block of UHMW plastic on the right, predrilled, is inserted under the deck.
Screws are driven through pilot holes in the deck and into the block. 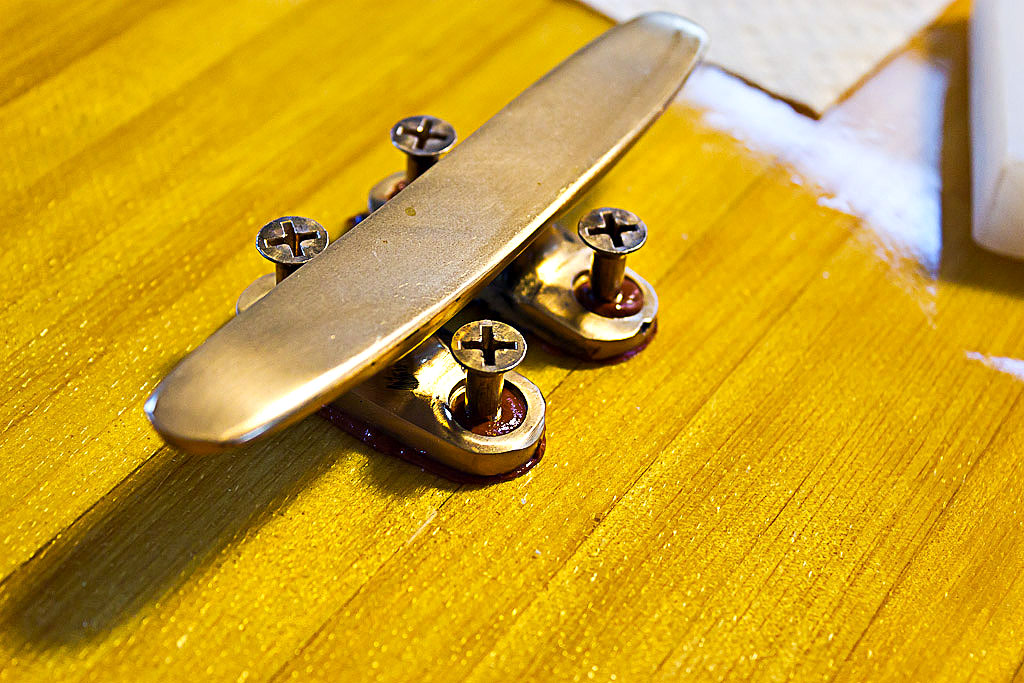 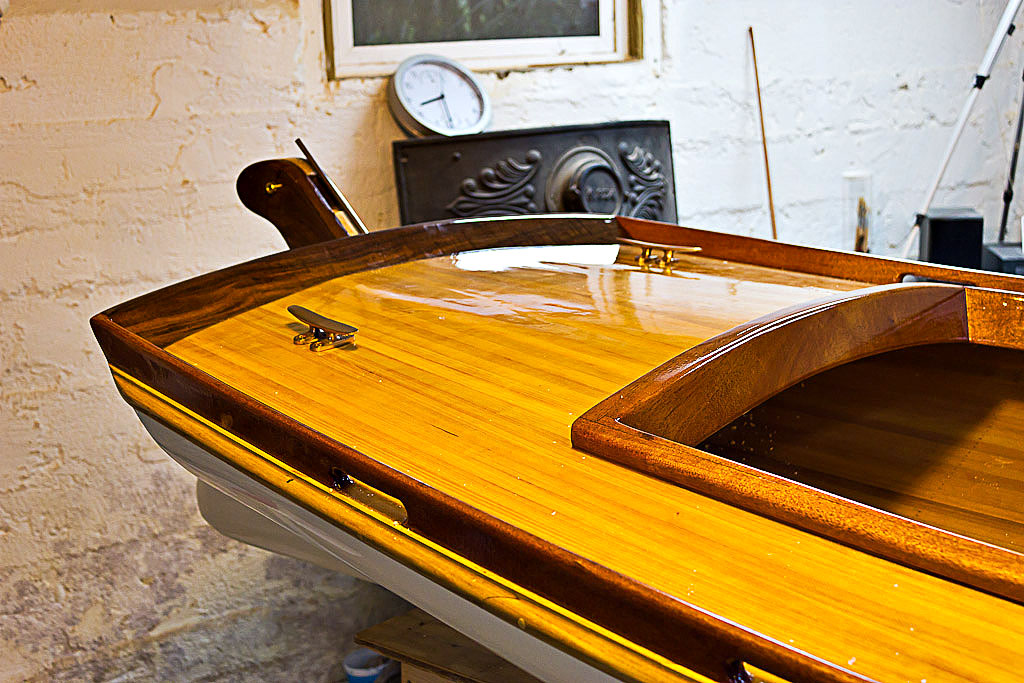 The Rudder hardware is all sealed and remounted. 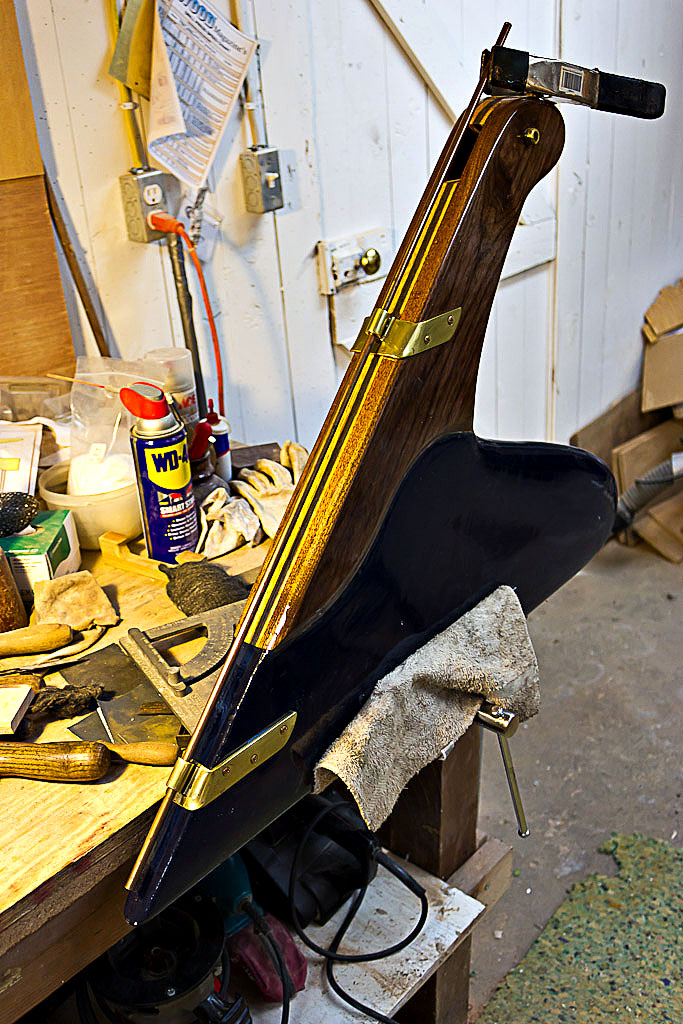 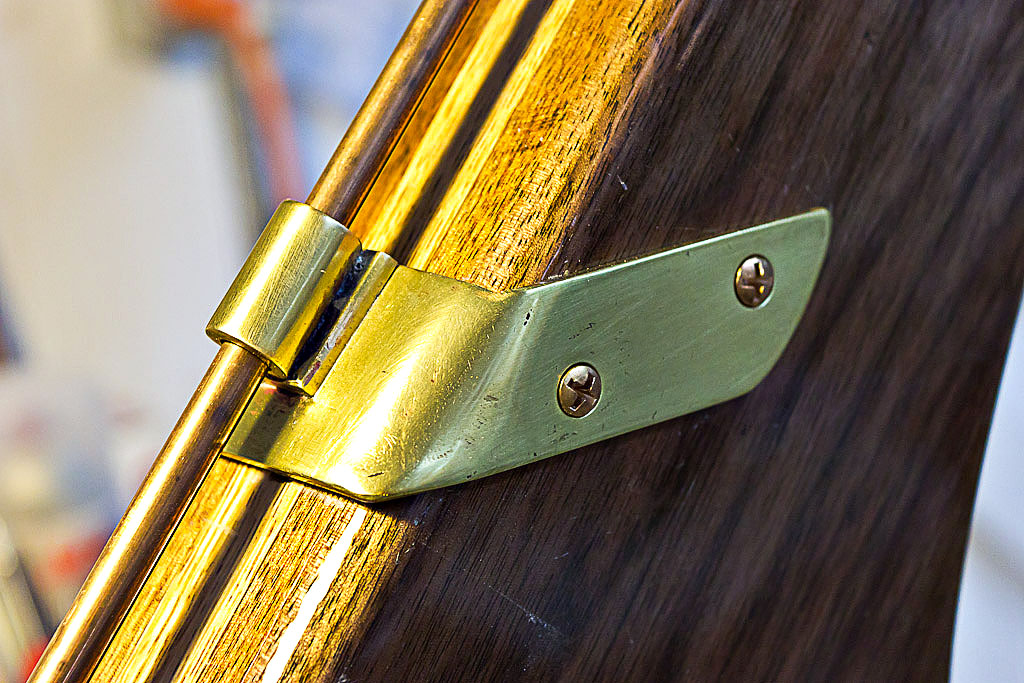 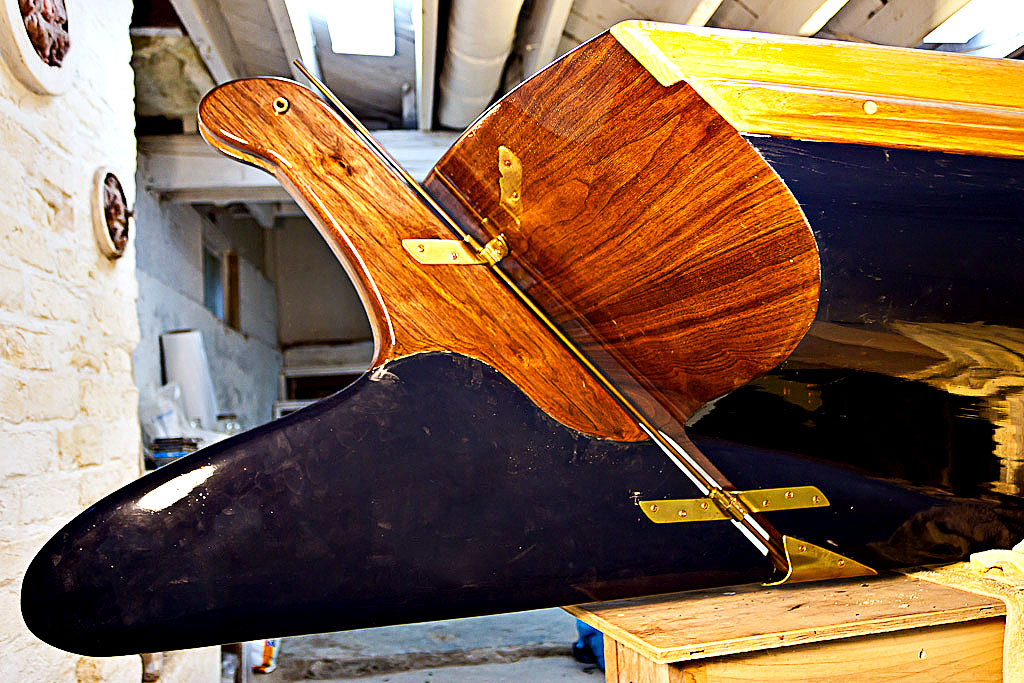 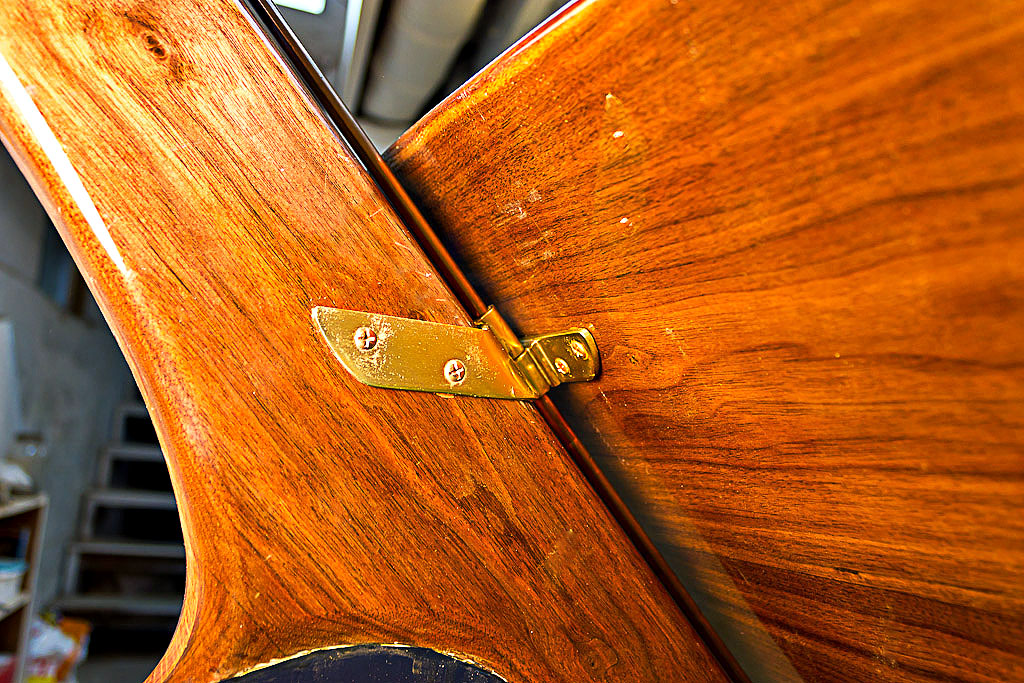 Oarlocks sockets are done, and the Bow Chocks almost, needing one more screw each. Just a couple of odds and ends in terms of hardware to add later – a drain plug, pipe cleat, centerboard keeper. The brass Rub Strip along the Stem, Keel and Skeg can go on next time the boats are flipped. 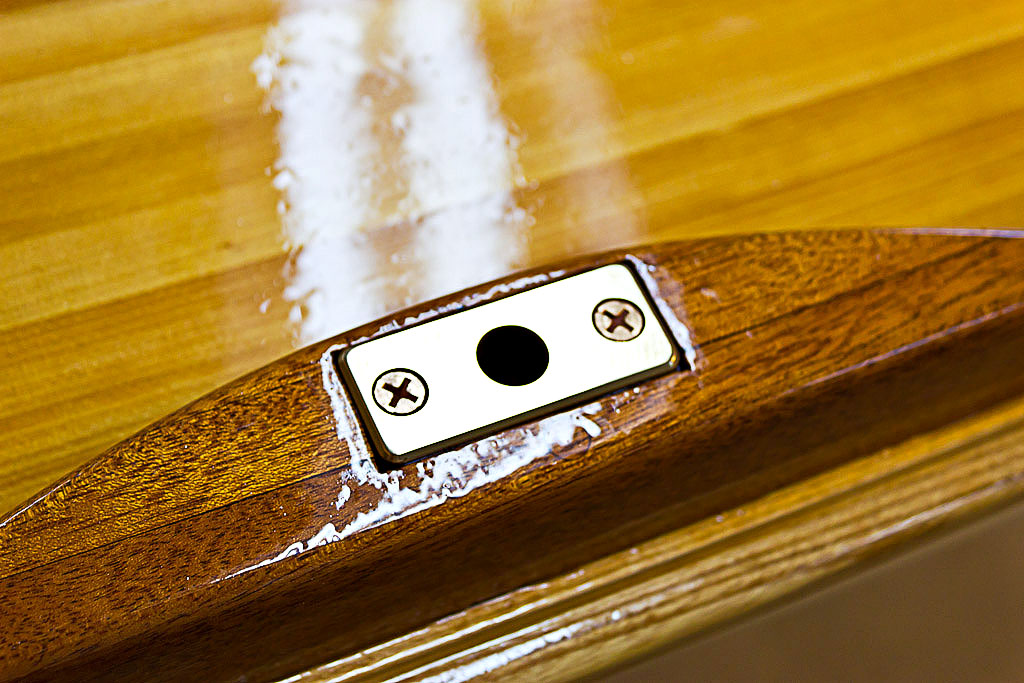 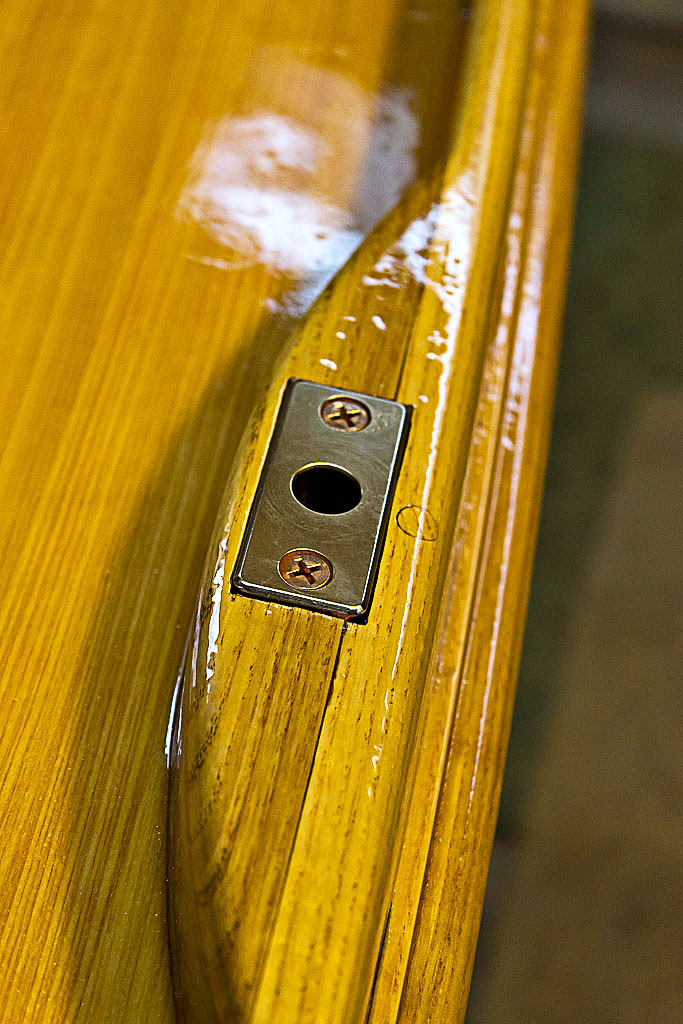 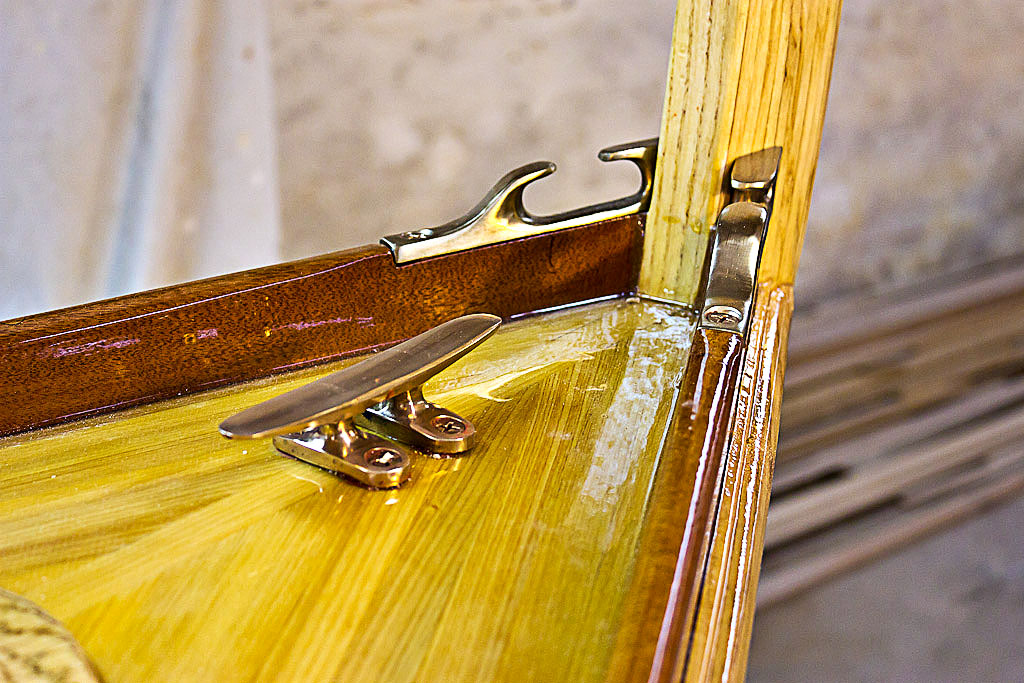 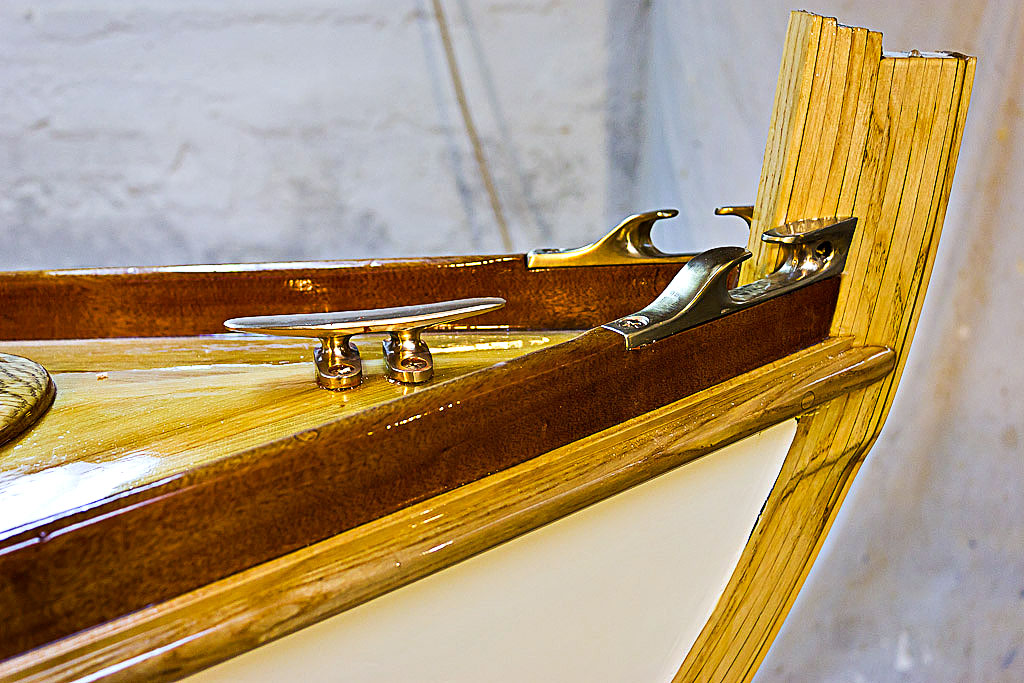 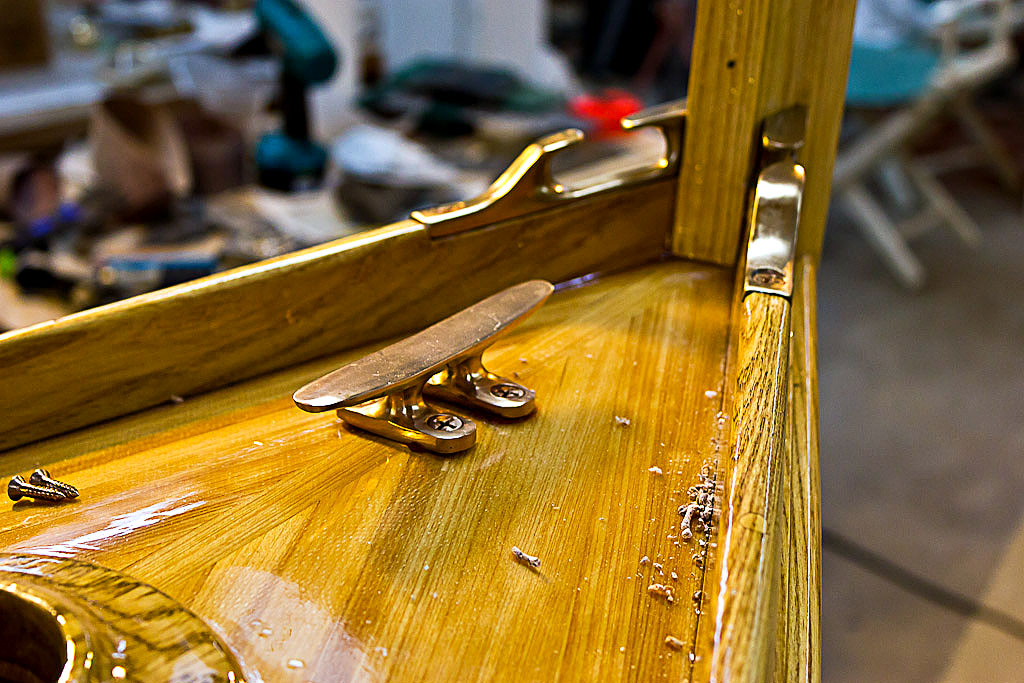 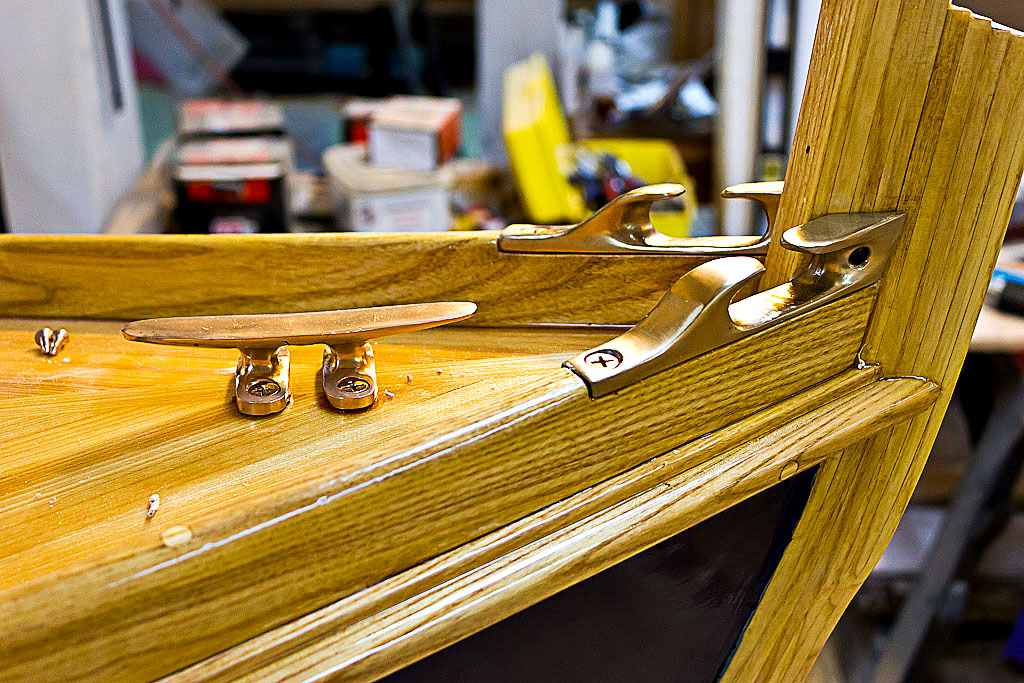 Next up, floor decks.

5 Replies to “Hardware Finished and Installed”