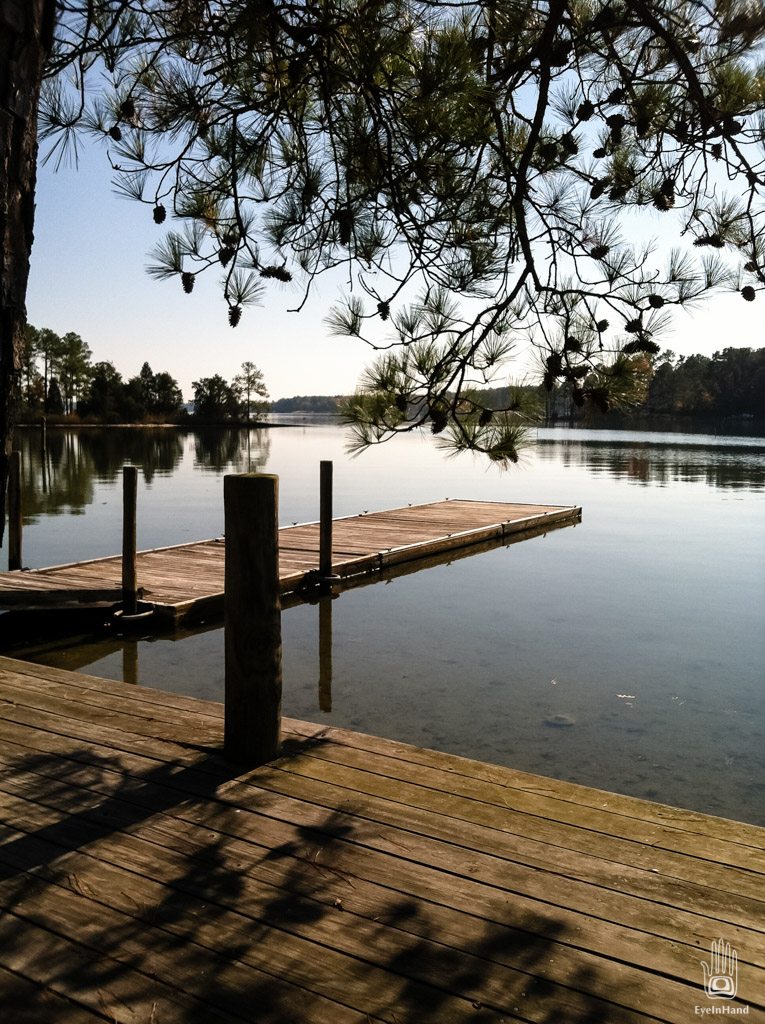 Almost exactly one year ago, to the day.

The Corrotoman juts off the north shore of the Rappahannock, a mile or so upriver from the White Stone Bridge.

When I was a boy the bridge scared me. Even my dog was afraid of the bridge, and would cower in the floor of the back seat when she saw the big steel trusses approaching.

Not just because it is very high for a bridge – when it was built post Pearl Harbor, the Navy wanted to use the deep Rappahannock as a hurricane hole and disperse the fleet from Norfolk quickly, and be able to get upriver and back even if a storm (or Japanese planes) knocked out the power, so a low, drawbridge type wouldn’t do – but, more significantly, because it was so high a few people had gone over the edge to their deaths. Driving across you could see scars in the guardrails where they swerved and bounced over. Grandfather never failed to point them out. I could imagine too clearly the bumping crunch, the long silence of the drop, and the explosive splash at the end.

Two I remember were called accidents in the papers; but there was whispering in the small towns nearby that one may not have been. Another time, a woman stopped her car, got out, and just jumped. She didn’t die right away. Instead treading water for about five minutes before going under. They fished her out downriver, floating away on the outgoing tide.

Like most tidal rivers, there’s a sandbar across the mouth of the Corrotoman, and beyond that it goes deep again. Then it forks into two equal branches like a Y, east and west. The eastern branch is still mostly woodsy and wild.

On the western arm, to the left, is the Merry Point Ferry, which runs on a cable stretched across the river from Ottoman to Merry Point. Terri and I took it across on our way to see Stuart Hopkins of Dabbler Sails. The ferry only carries two cars, a few people, and sometimes the dog Merry whens she’s in the mood (photo by friend and fellow Charlottesville photographer Bill Emory). Apparently, she comes down from the house now and then just to take a ride over. Sometimes she prefers to swim back, and the ferry captain will slow the boat down to dog-paddle-speed so she can keep up. You don’t take the ferry because you’re in a hurry.

Yankee Point Marina is along the western shore, too, nestled back in a creek. It’s a quiet family style place, and one of the few in the area with a working boatyard for repairs; which I suppose is why they’re partial to older style boats. When we pulled in, several folks in the shop, both men and women, busy painting a 50ft wooden ketch, spotted the Melonseed and dropped their tools, came down for a look and a chat. They stood around covered in dust and paint, asking questions, showing much interest in the Le Tonk finish. Nice, turning the heads of other boat builders. We could have spent a couple of hours touring the shop and the projects they had going, if we’d had time.

We rowed out into the breeze and tacked up the creek to the Corrotoman proper for a nice sail. I stepped into water over boot top deep when launching. Water already chilly, I had to go Wee Willy Winky style until my sock dried out. A few boats on the water, all big ones, and in the light breeze we could keep up with them pretty well.

As the sun and the breeze faded, we dropped the rig back at the marina and reverted to oars, rowing all the way back to the headwaters of the creek. A little dog came down to watch. A little girl played on the dock in front of her house, and her mother offered us fresh oysters from their floats underneath.

One of the cheap bronze oarlocks snapped off on the way back, but it was easy enough to stand up and paddle. Made me wonder, though, what fun it would be if I were actually in trouble and that happened.

Nice day, finished off with a southern fried seafood dinner and beer in Tappahannock on the way home.

Some video coming in a day or two.

One Reply to “Yankee Point”