Gavin Atkin over the pond at intheboatshed recently dug up some archival footage from the 1960’s. Most of it was filmed on and around Deal Island, Maryland, where we spent several days on the Chesapeake Float this year.

The film was shot forty years ago, but it’s amazing how little has changed. Captain Art Daniels is still racing his skipjack, or was until very recently. The churches I photographed are still there, though the one is under repair. Wenona harbor looks much the same, just fewer boats. That and They had enough watermen then to field a softball team.

The sail loft that served the skipjacks was still in operation then, though it’s been closed for several years now. And there are far fewer skipjacks now than there were even then. 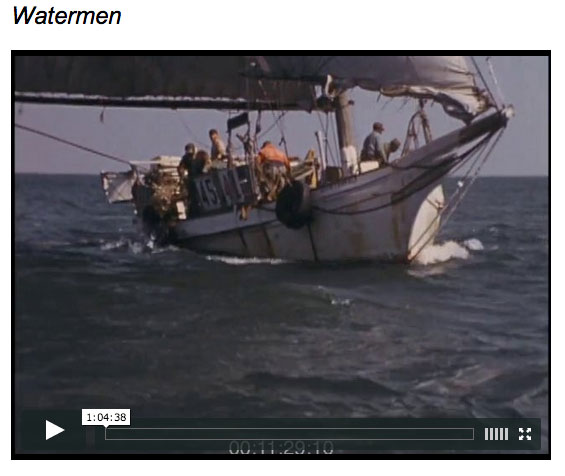 2 Replies to “Archival Film of Skipjacks”