The rain moved in overnight. However, “rain” does not adequately convey the phenomenon of water falling from the sky at the rate of 3 inches an hour. It’s like there’s a crew overhead bailing out the clouds with 5 gallon buckets.

Good news is the boom tent is keeping the interior dry. So there’s that. People slowly venture out in foulies and wellies, collect on the front porch of the old store with hot coffee to watch. 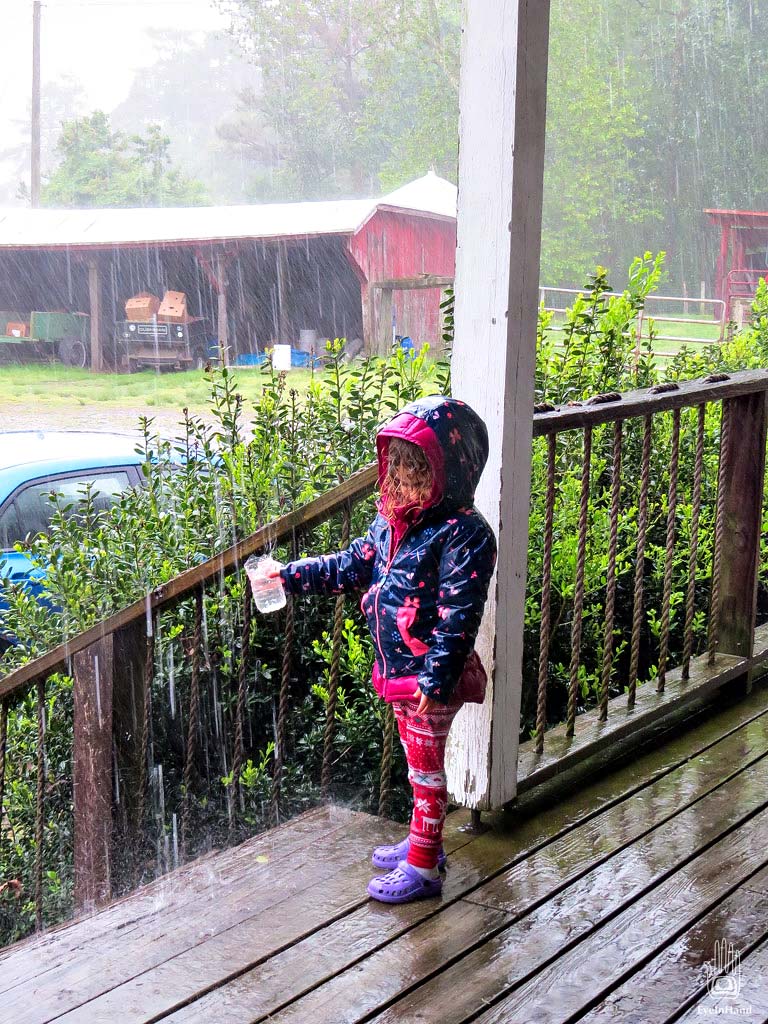 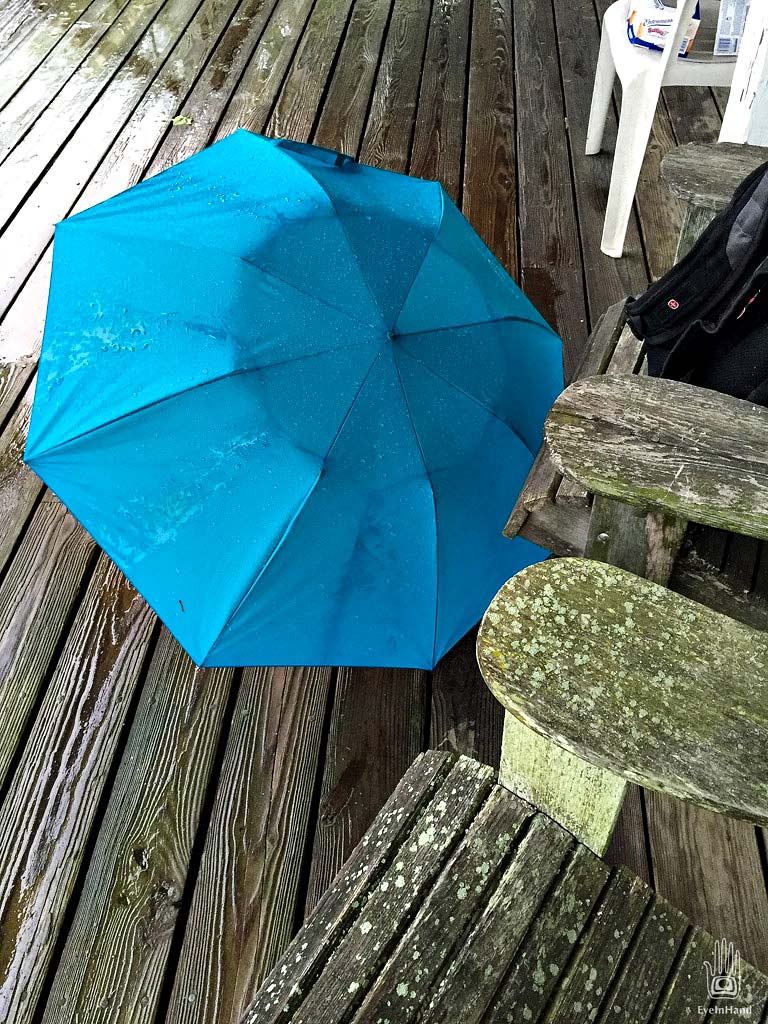 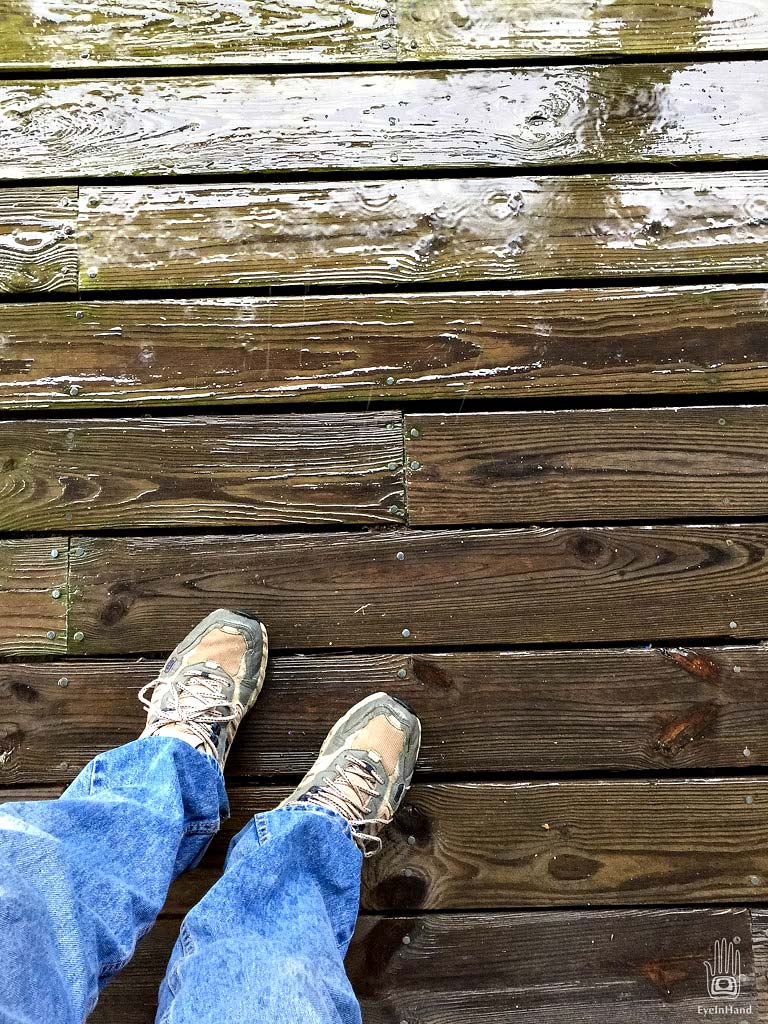 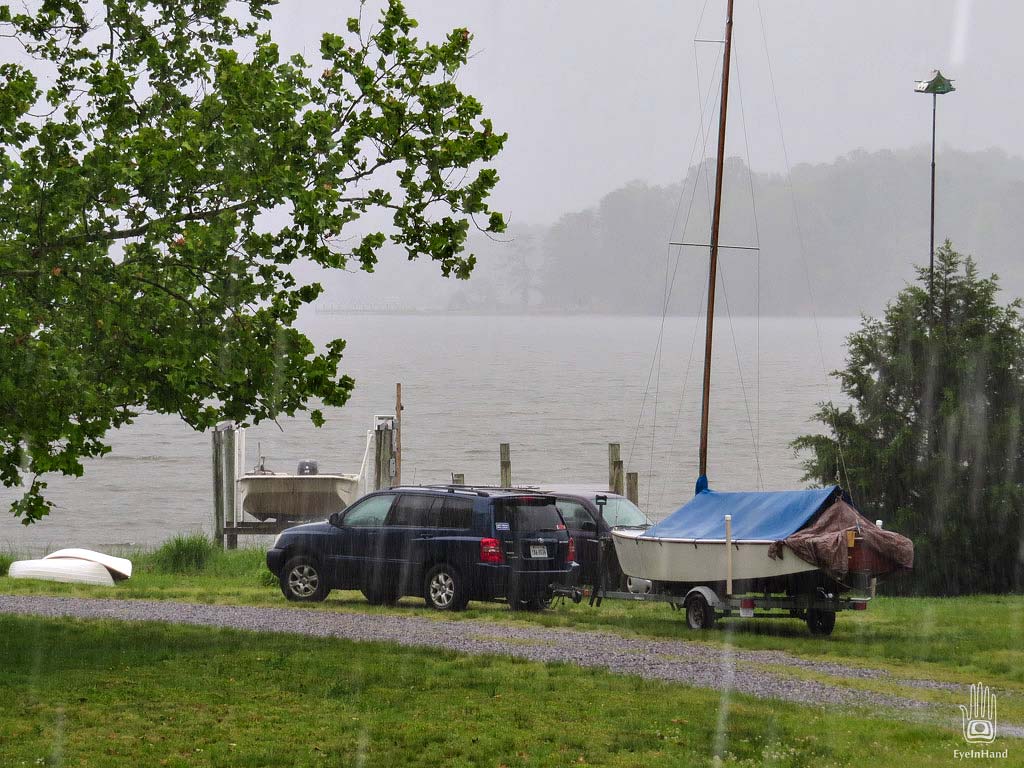 After meeting for breakfast at Annie’s Restaurant – of which there are three, all local just a few miles apart, all named for the same Annie who was the mother of three brothers who all opened restaurants in Matthews, the confusion created by which causing no small share of logistical issues – we head over to the Deltaville Maritime Museum for a personal tour with John and Vera England.

They were instrumental in supporting the museum front the start, and John has been running boat building classes and doing boat restorations here, both large and small, for decades. His current personal project is a Chesapeake Deadrise, and he explains the traditional methods used in this type, along with some of the unique challenges they present. Most of us have built or repaired several boats ourselves, so John, with his wealth of knowledge, holds everyone’s attention for a good hour or more. 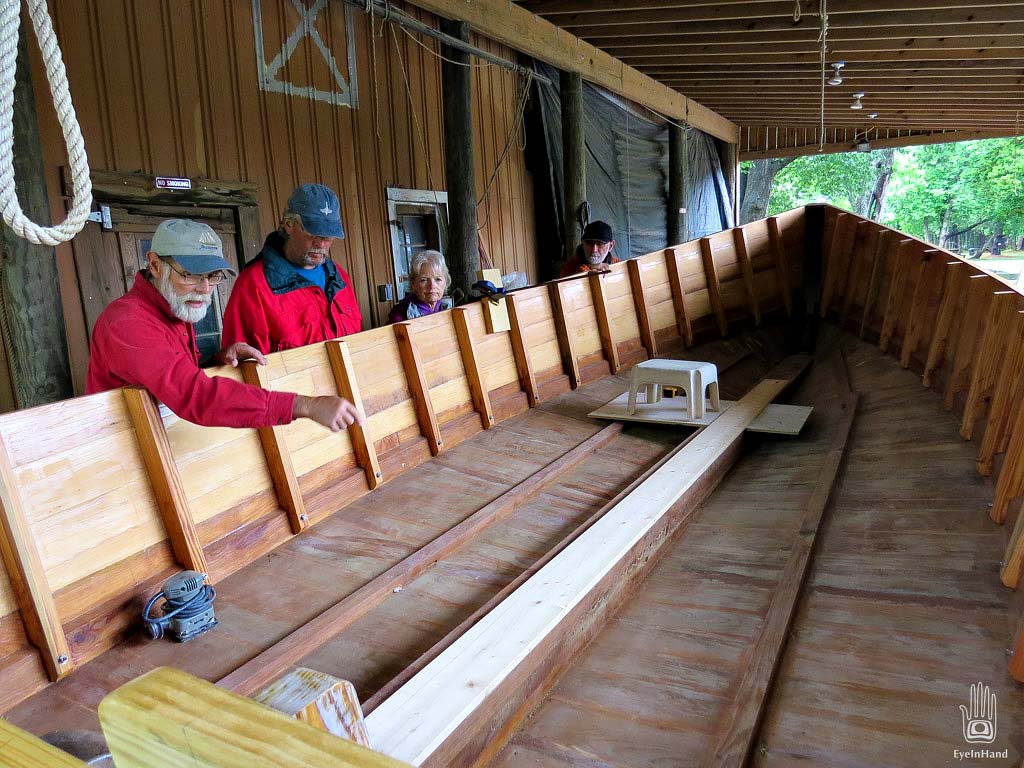 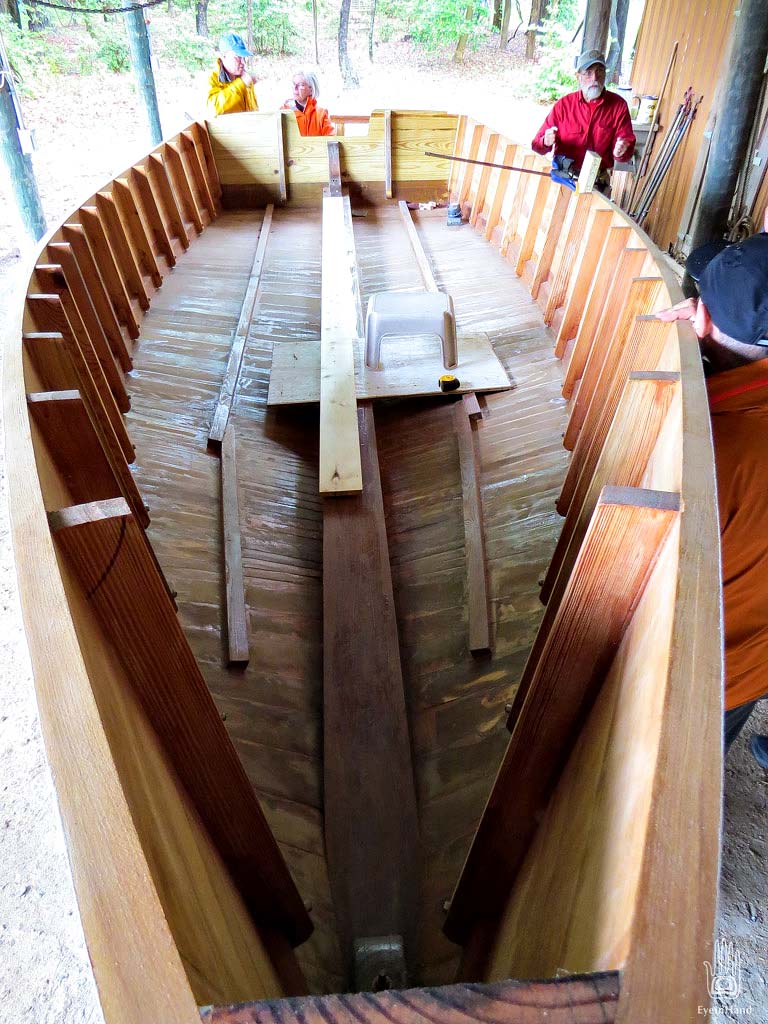 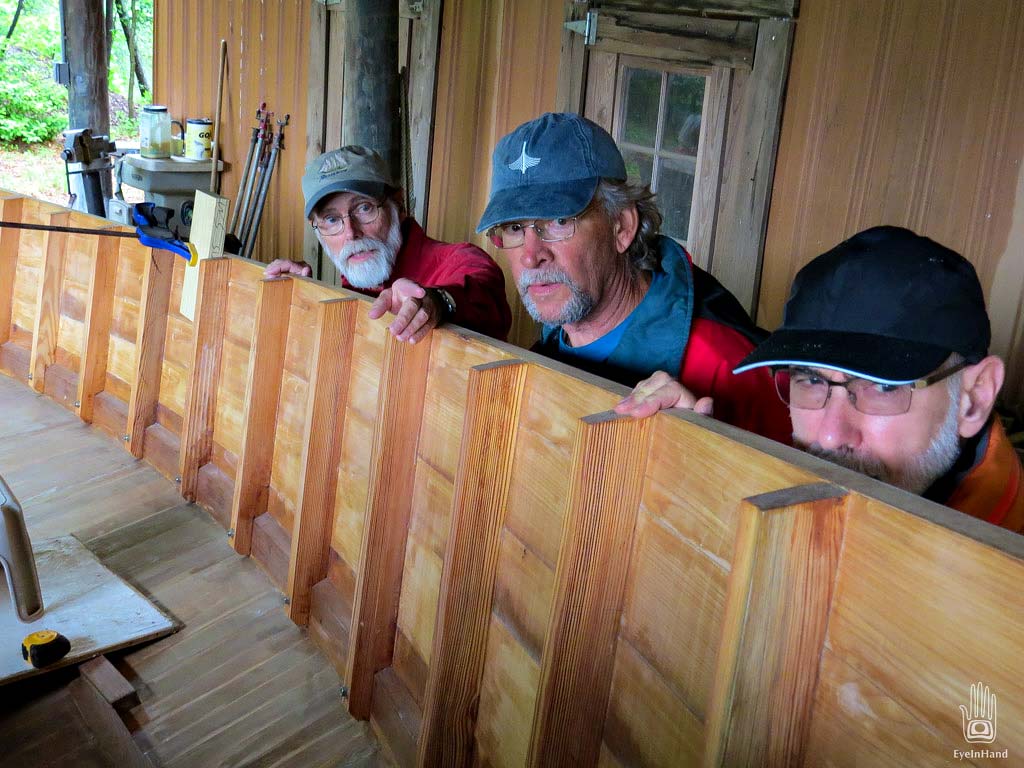 After, we wander out to the docks where some of the boats are moored. I get a good look at the traditional outboard crab skiff John built. It’s a fine looking skiff, like many I saw all over the Bay when I was growing up. These skiffs were pickup trucks of the vast network of shallow creeks and marshes that make up the shorelines of Tidewater. The gear inside is floating around in several inches of water from the morning rain. Gives a good idea of just how much has fallen. 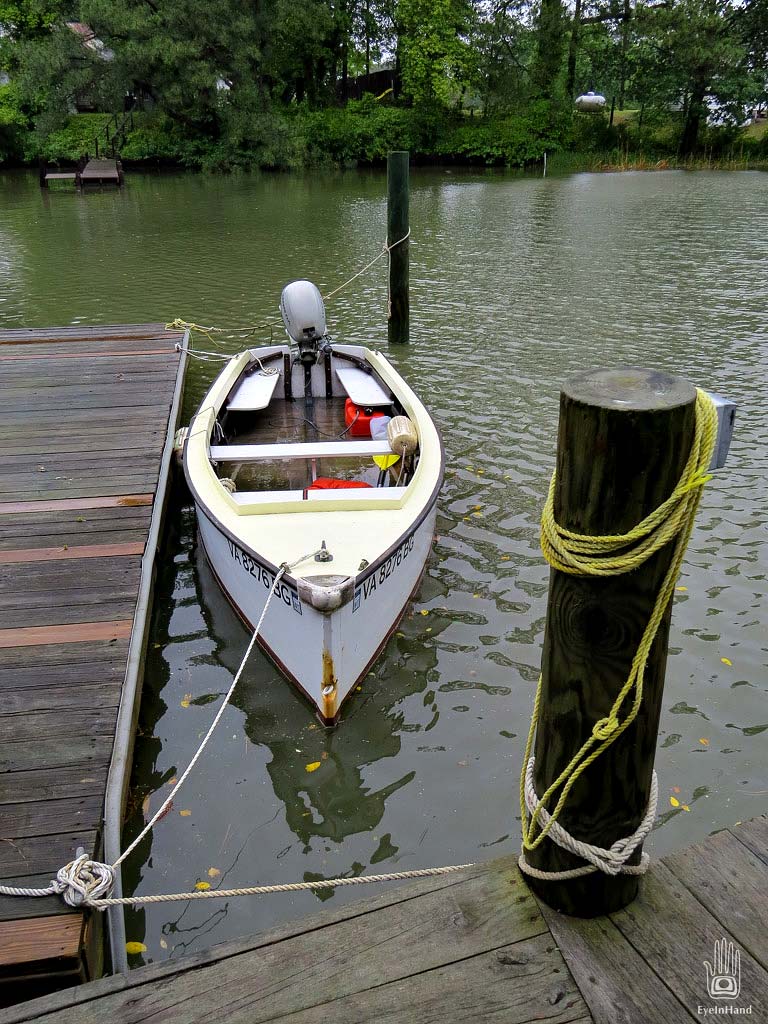 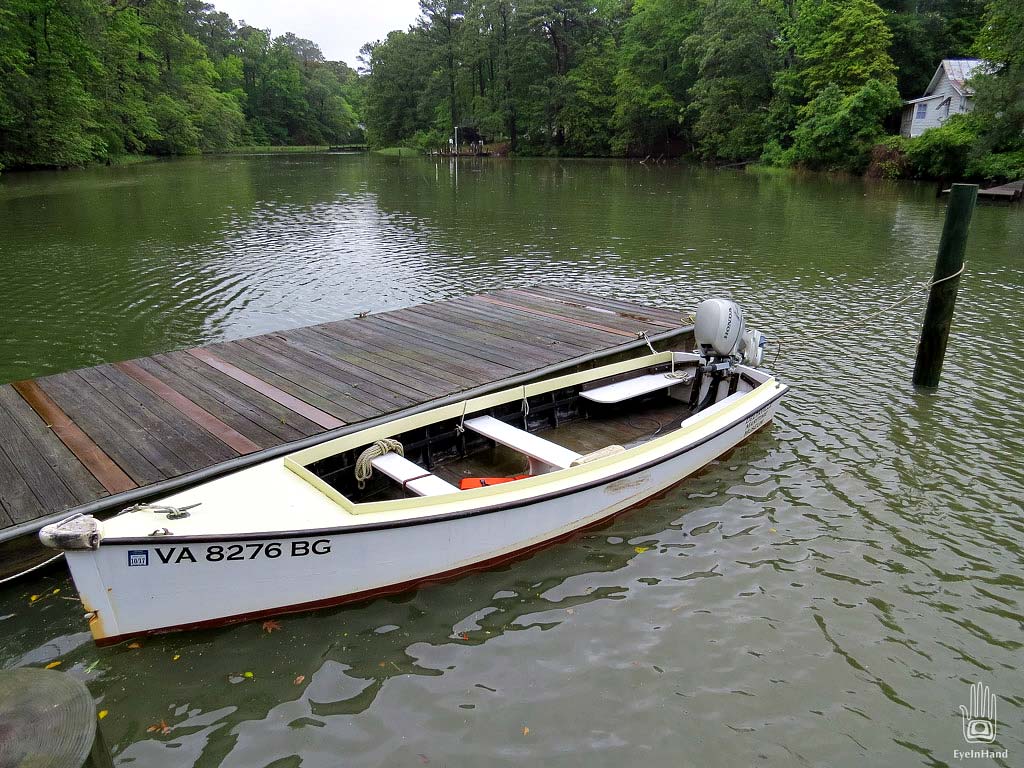 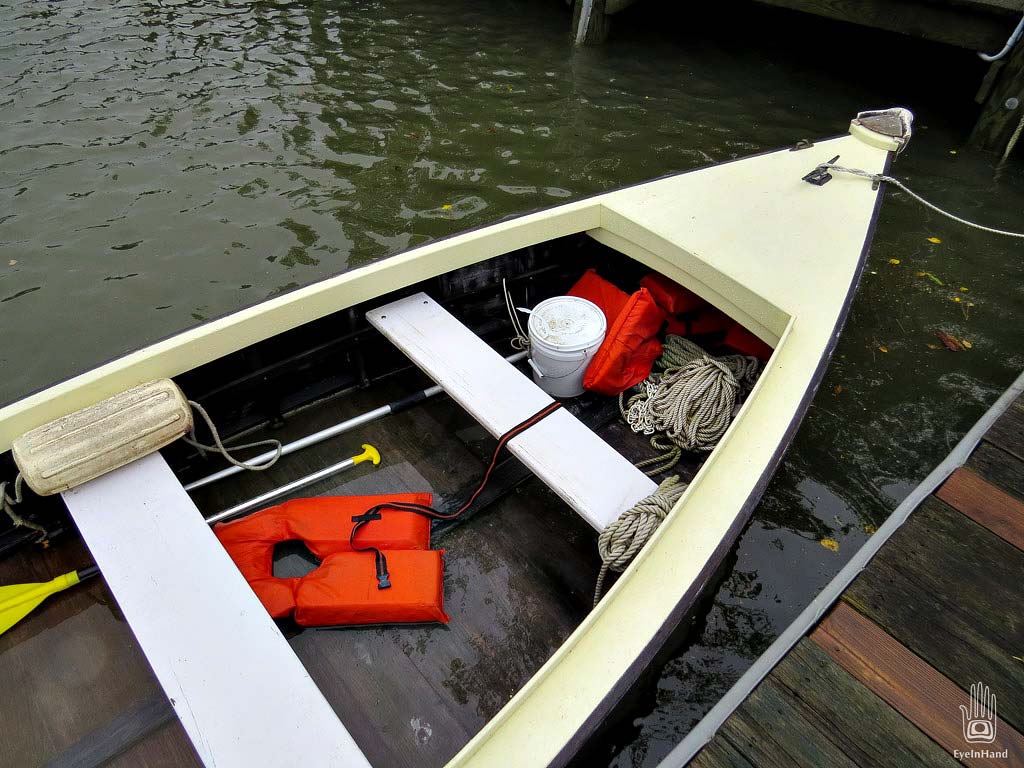 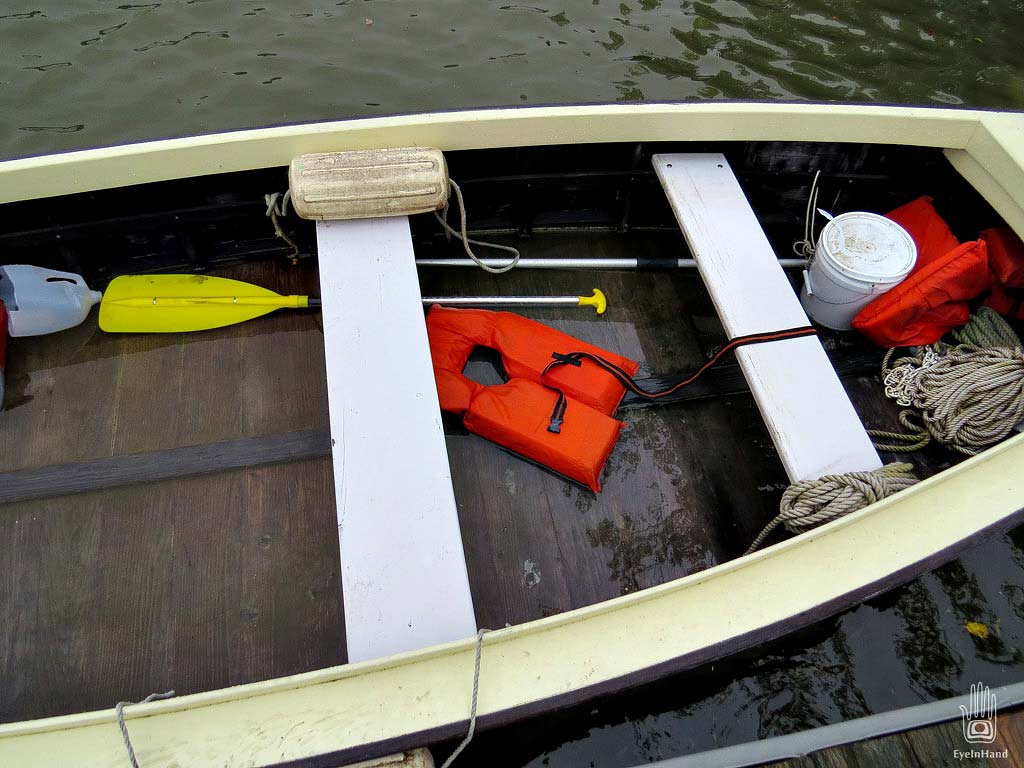 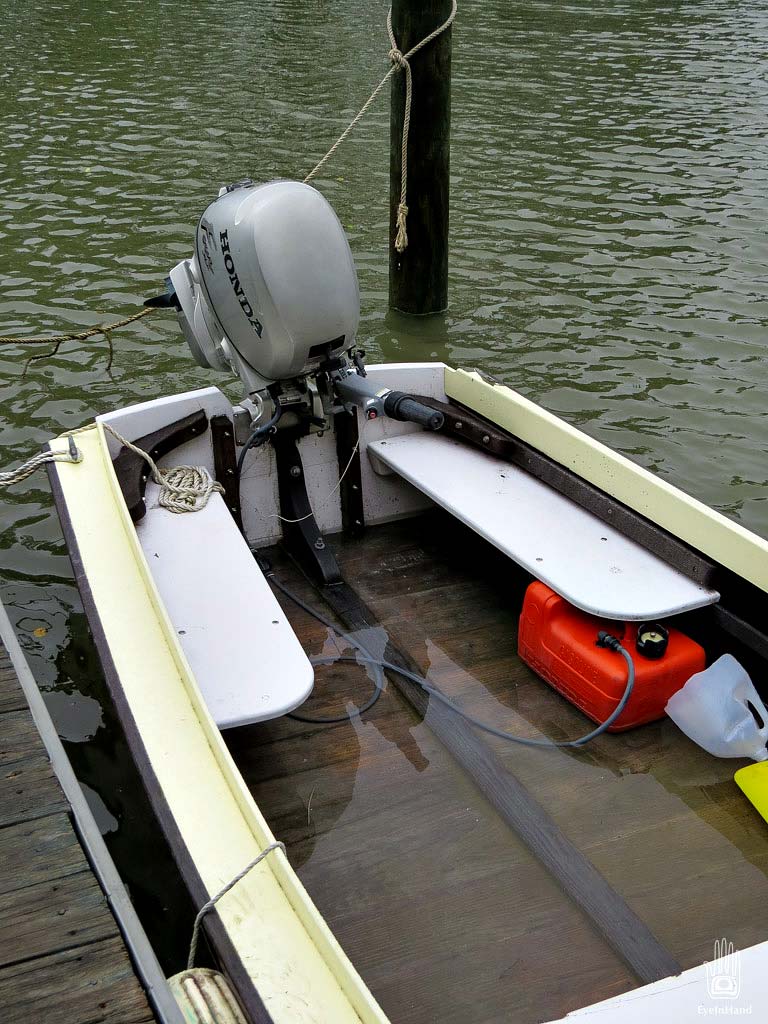 The Buy Boat F.D. Crockett is moored there, too. Steve and Curt and I had a tour of this boat back in August. More work is underway again, in preparation for an annual Buy Boat rendezvous. Last year they cruised down the Dismal Swamp Canal to North Carolina, toured towns around the sounds, and came back the offshore route outside in the Atlantic. This year they’ll stop at towns around the Chesapeake and cross the Bay to Cape Charles. 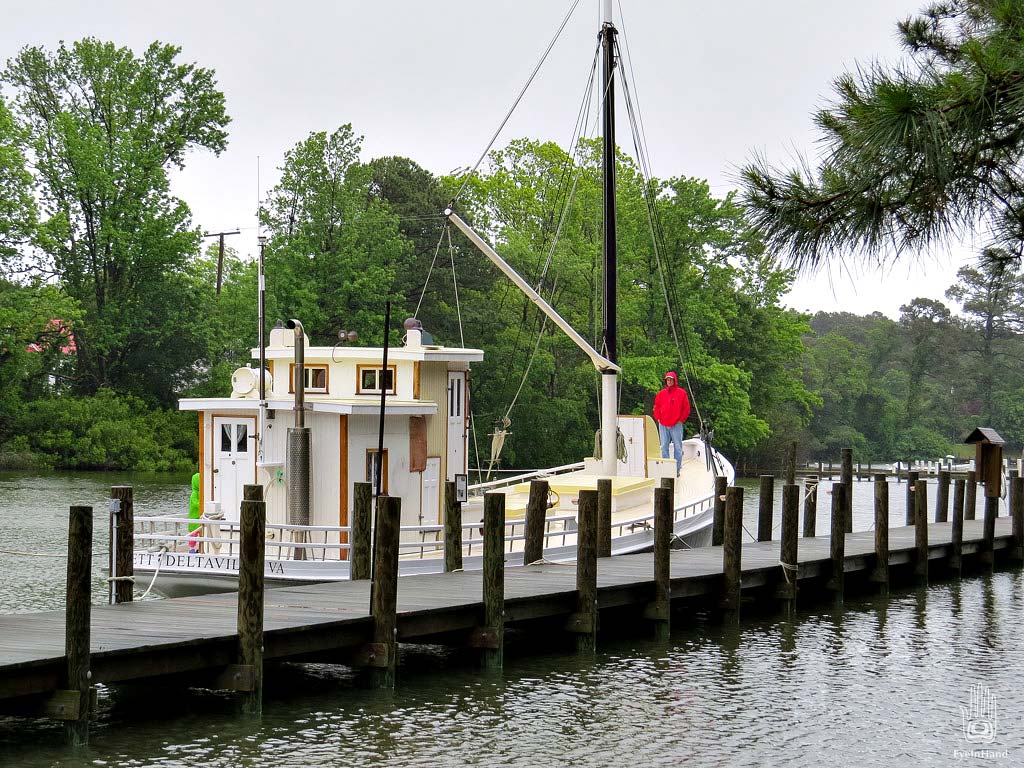 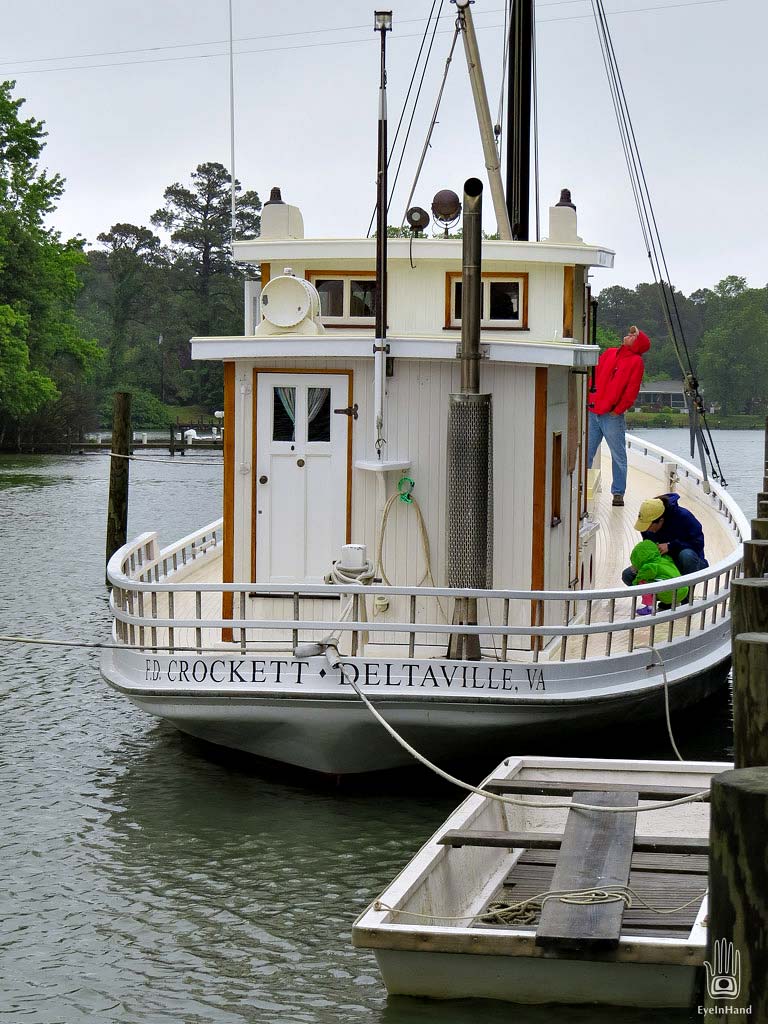 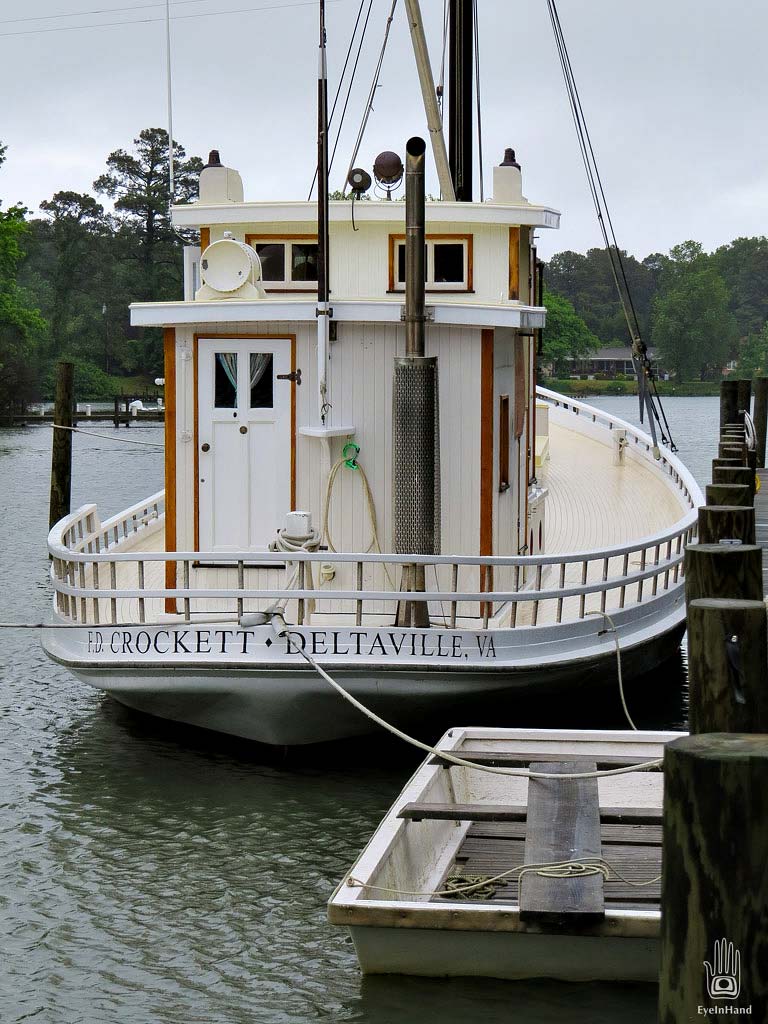 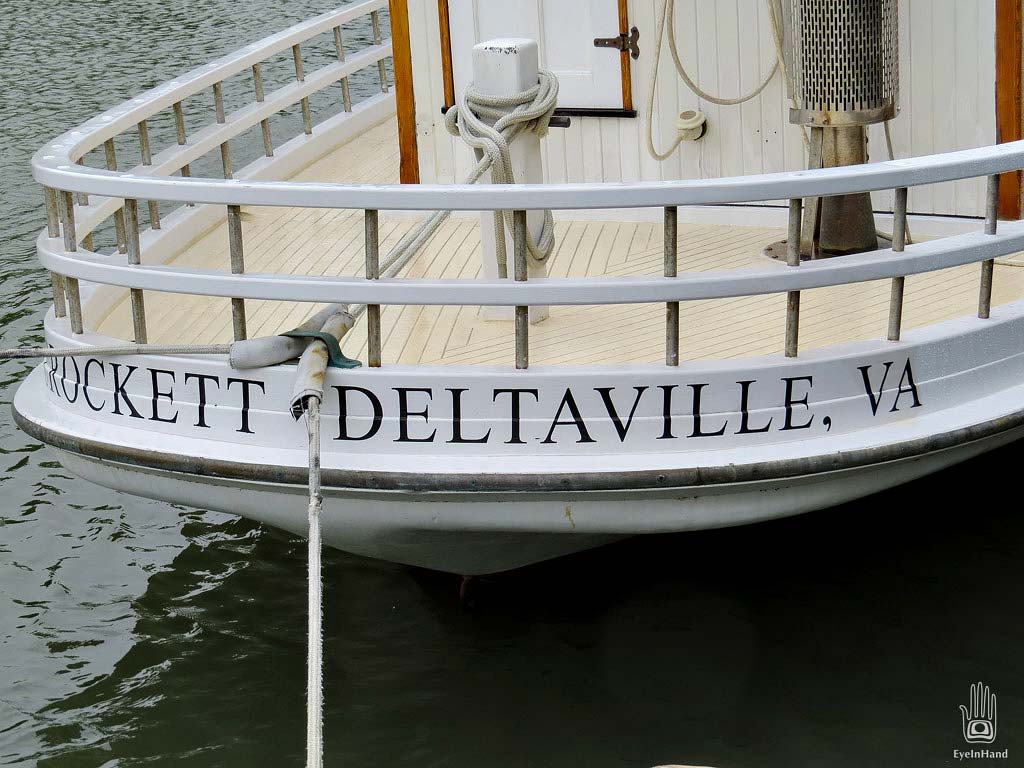 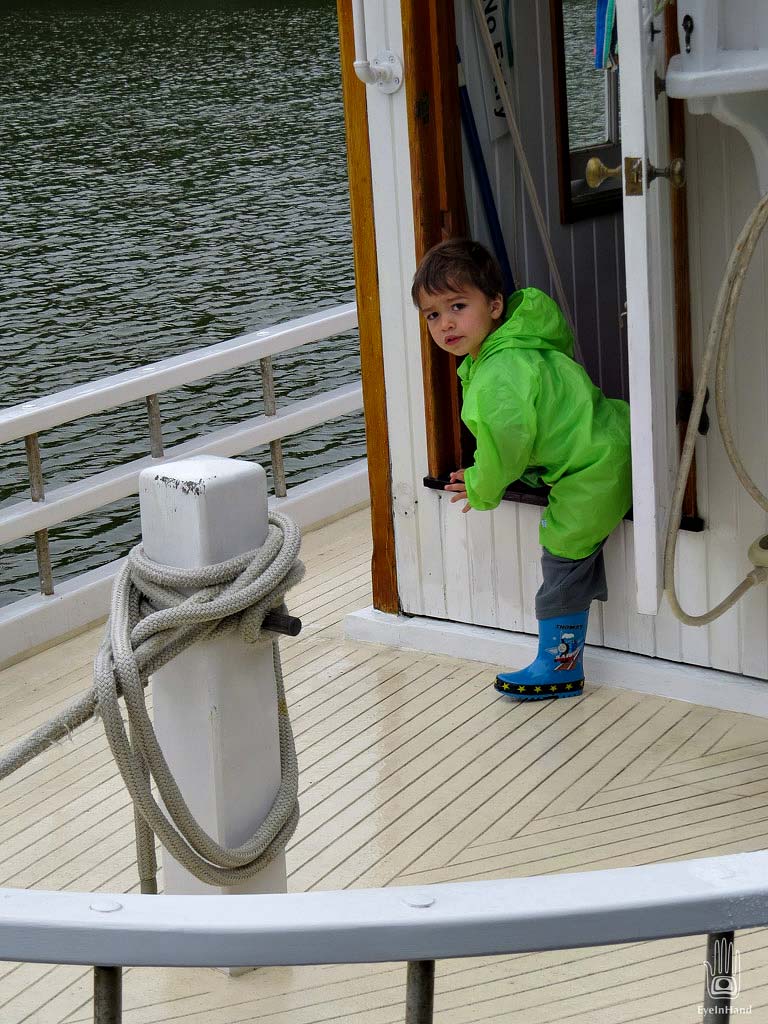 John shows us how the whole pilot house lifts off with a crane, to install and remove the massive diesel engine underneath, and describes how everything from watermelons to hogs were carried in the hold when oysters and fish weren’t in season piled six feet high on the decks. The scene he describes of loading the hogs, then hogs and crew living together in the cramped hold during transit, is vivid, to say the least. 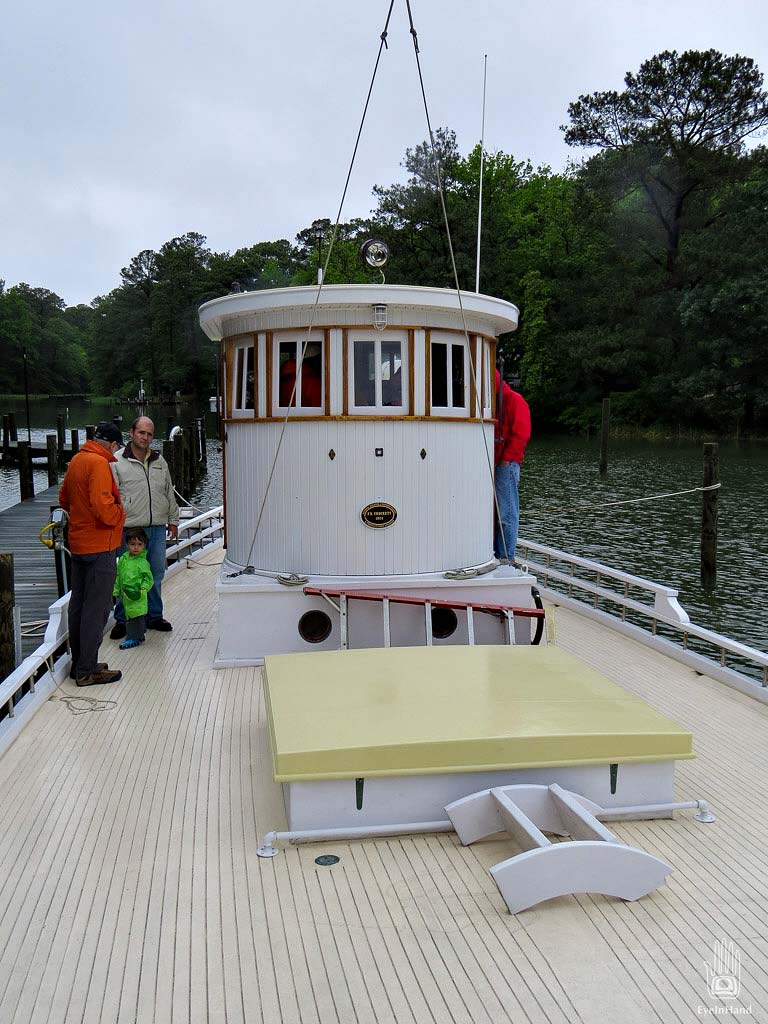 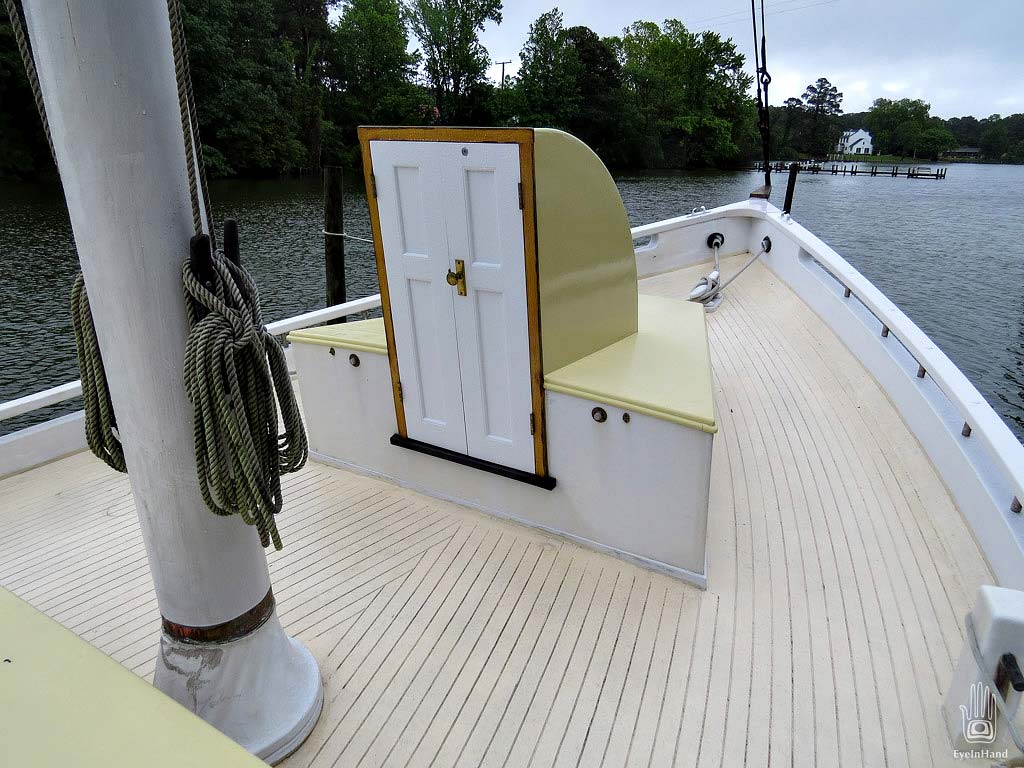 By the late afternoon the rain has lifted but the sky still not cleared. More rain is on the way. Back at Freeport, those of us who have not already left start to pack up and head for home, until next year. 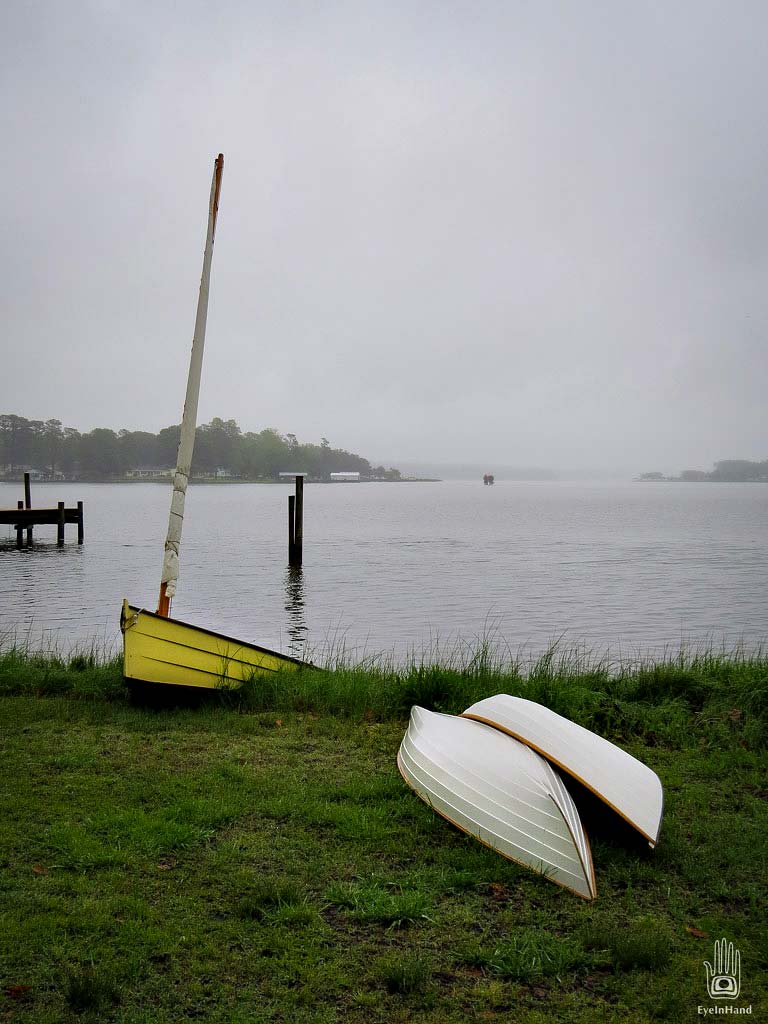