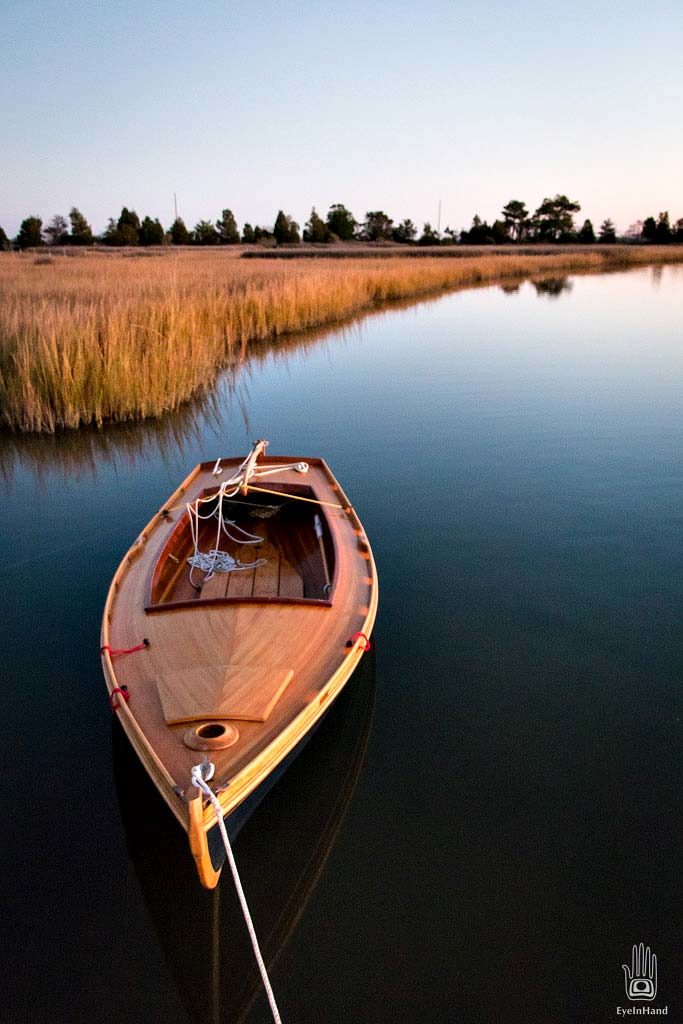 Everything west of the island is wetlands – half sea of grass, half open water barely a foot deep, a 4000 acre living mirror of the sun. Every single stalk of spartina, rooted in black mud, refracts light like a prism.  Luminous green, orange, yellow, russet, gold. The whole marsh changes color with a shift in the wind, passing of a cloud, the slow arc of the sun, like the wave of a wand. 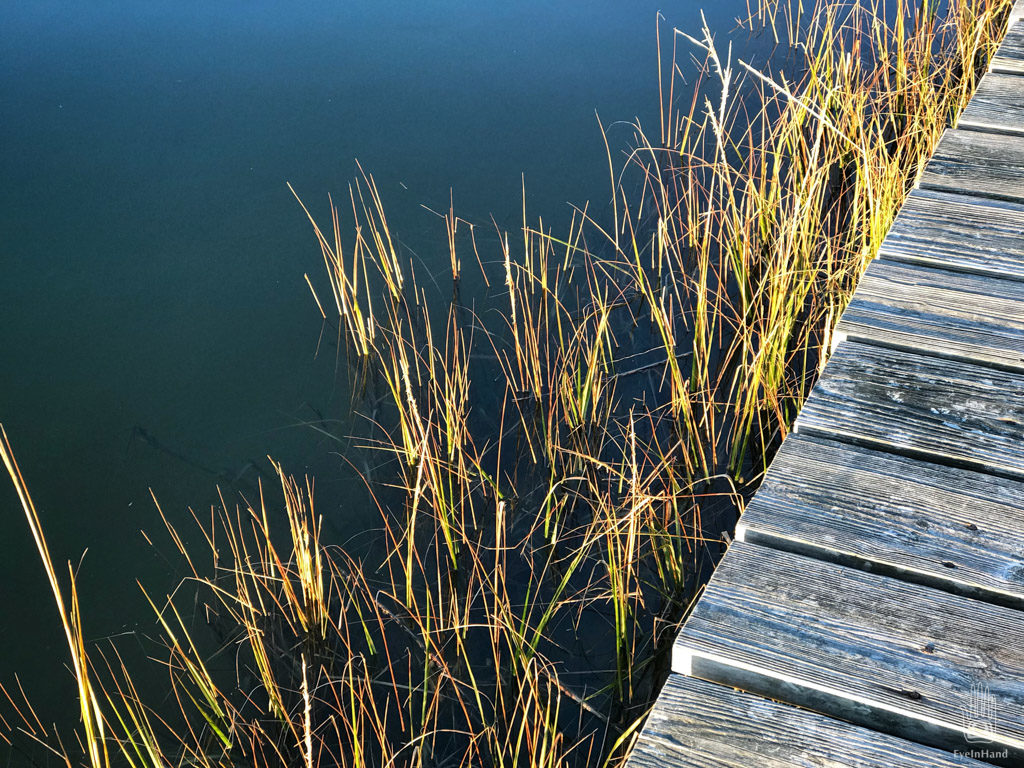 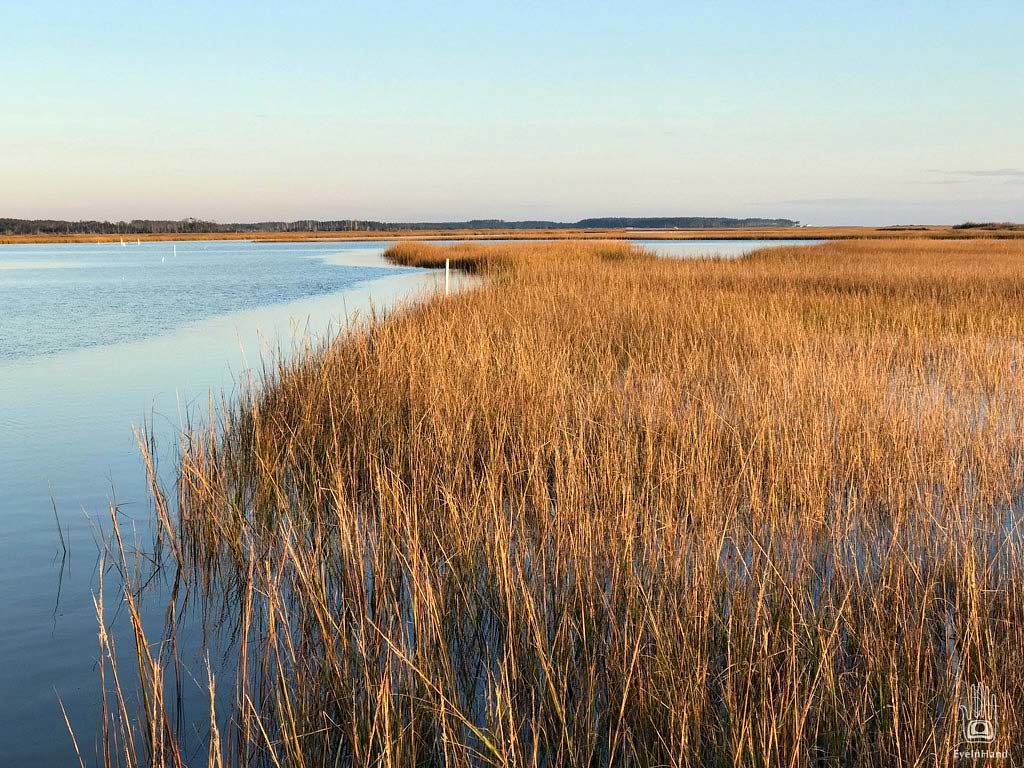 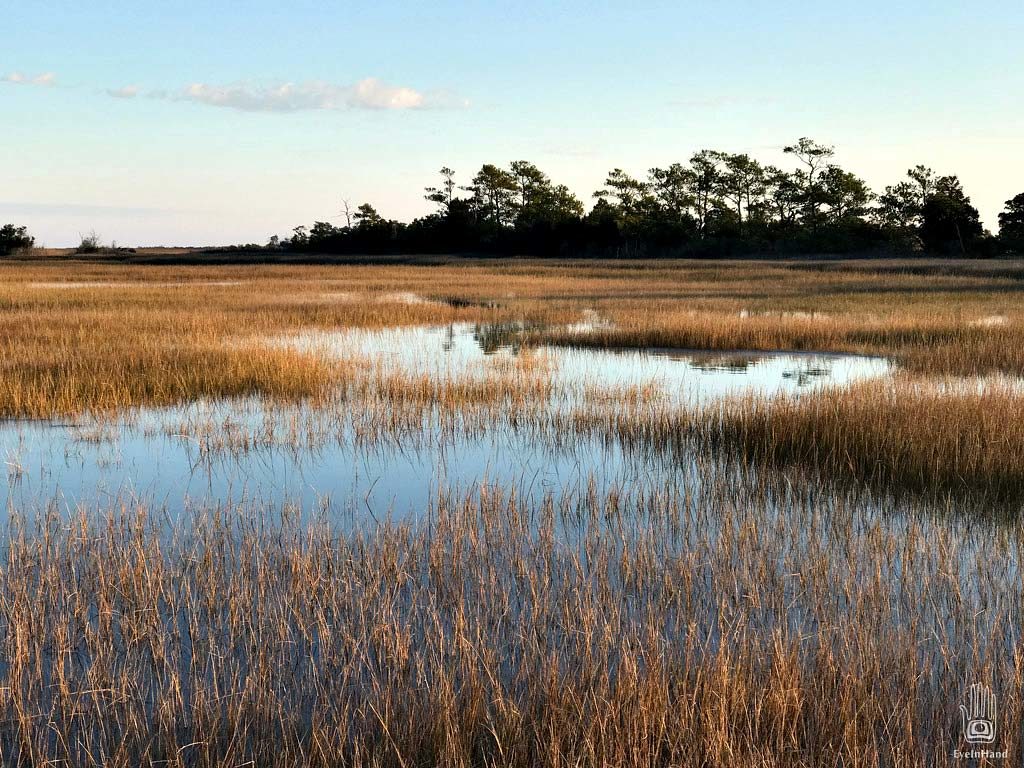 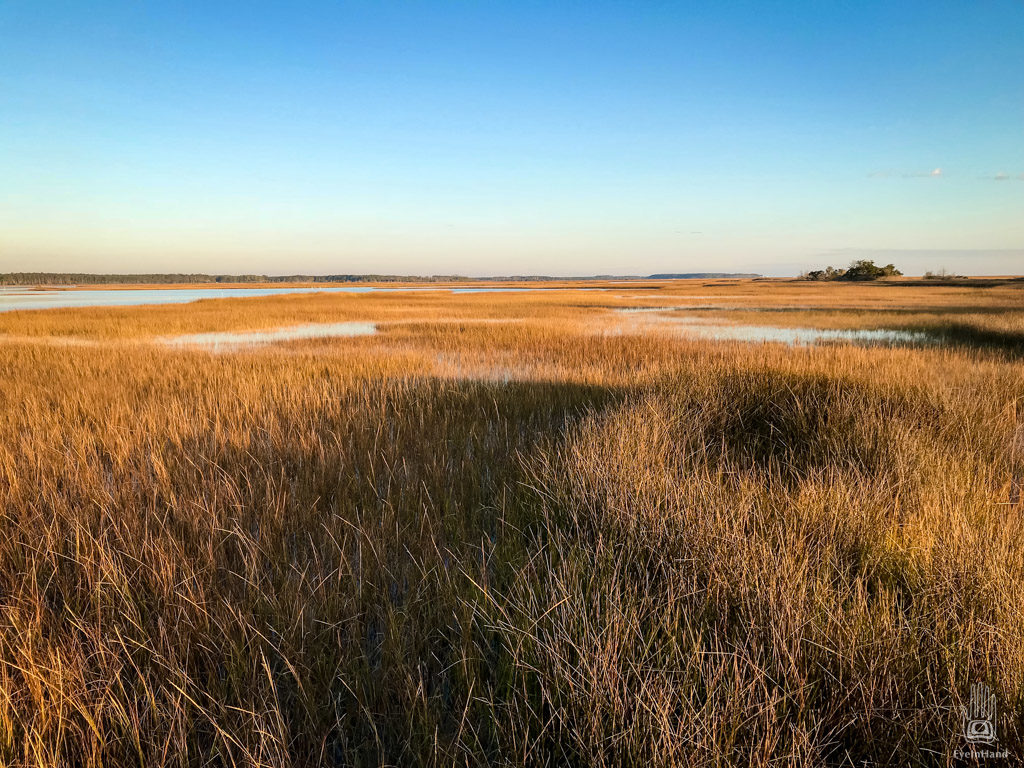 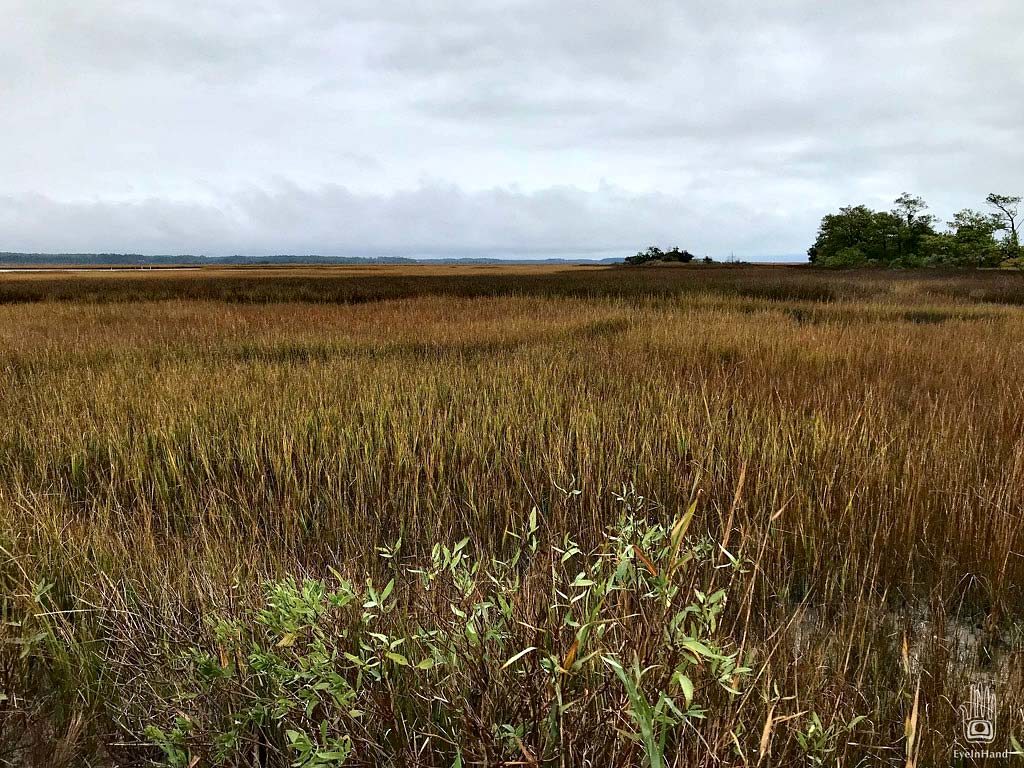 Looking at the photos, I first think there’s something wrong with the camera – this can’t be the same place, so different every day, every hour. But standing at the end of the pier, surrounded by marsh on all sides, the sun at your back sets the marsh on fire. Turn around and it’s doused again, dull as wet concrete. 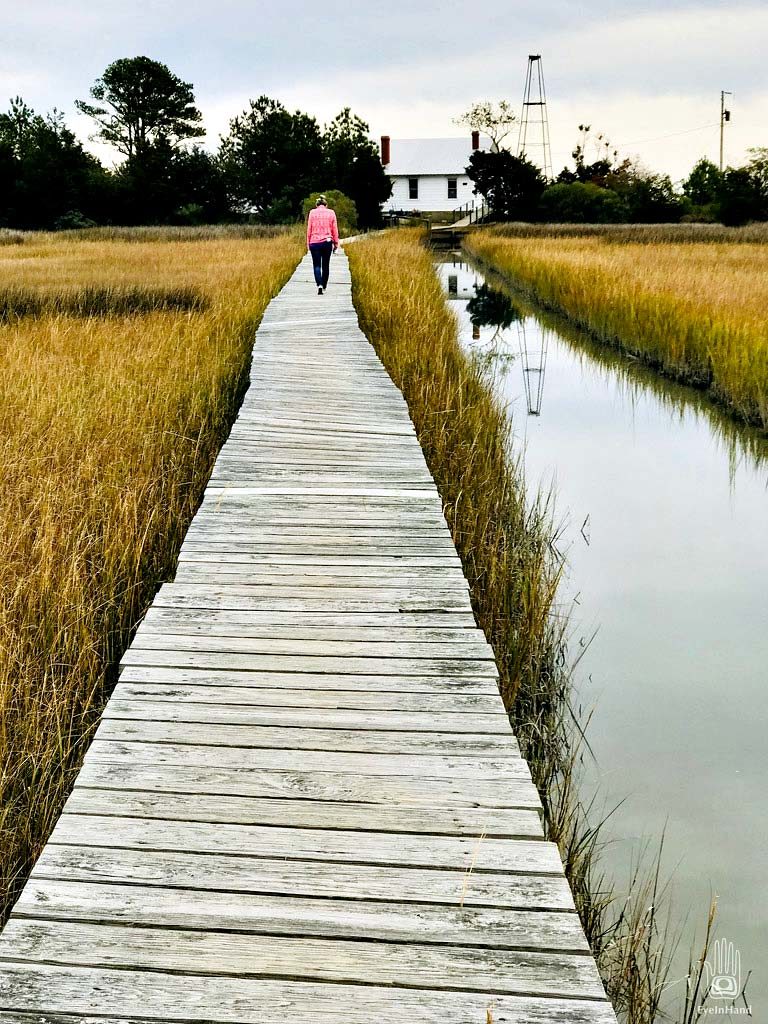 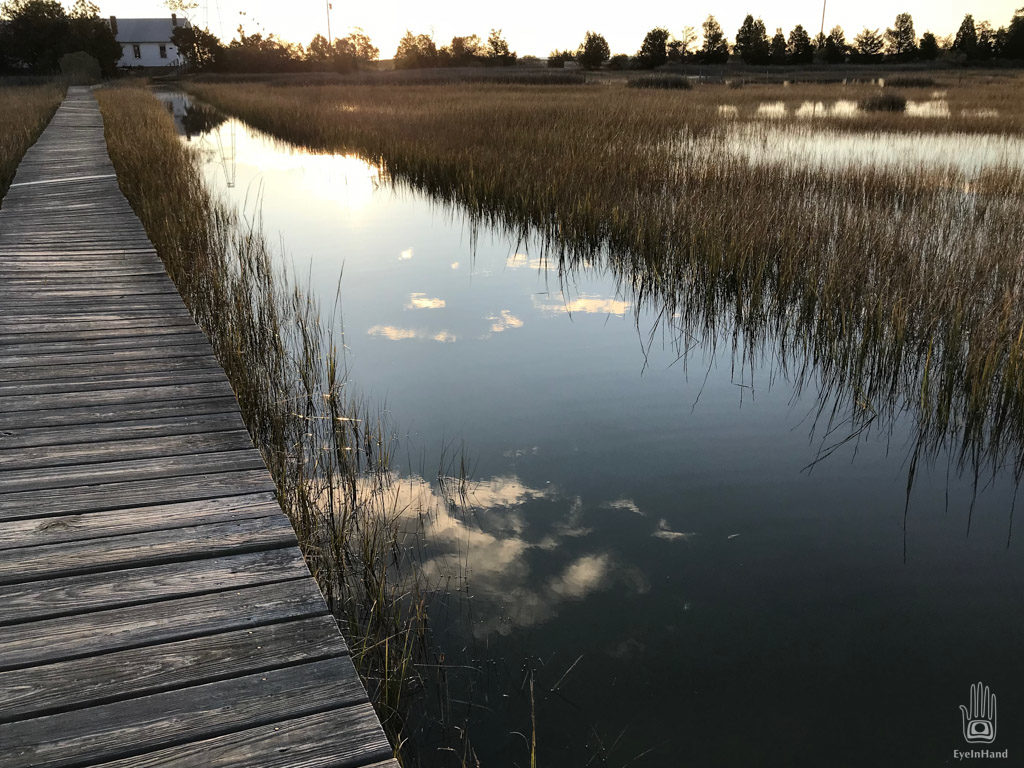 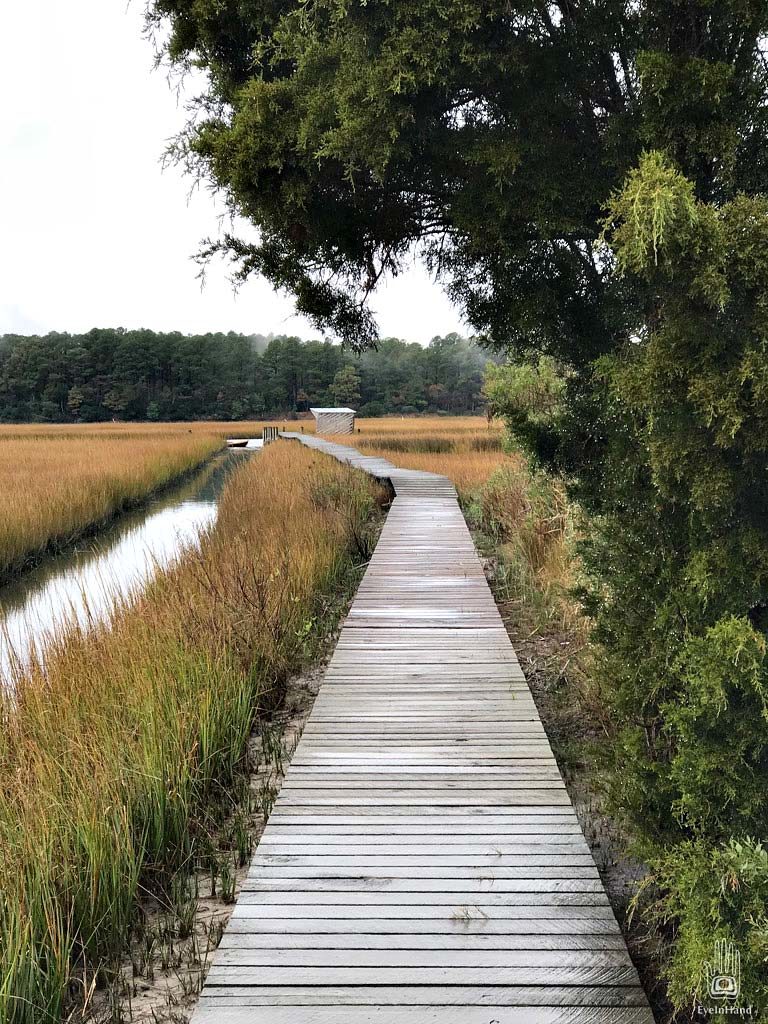 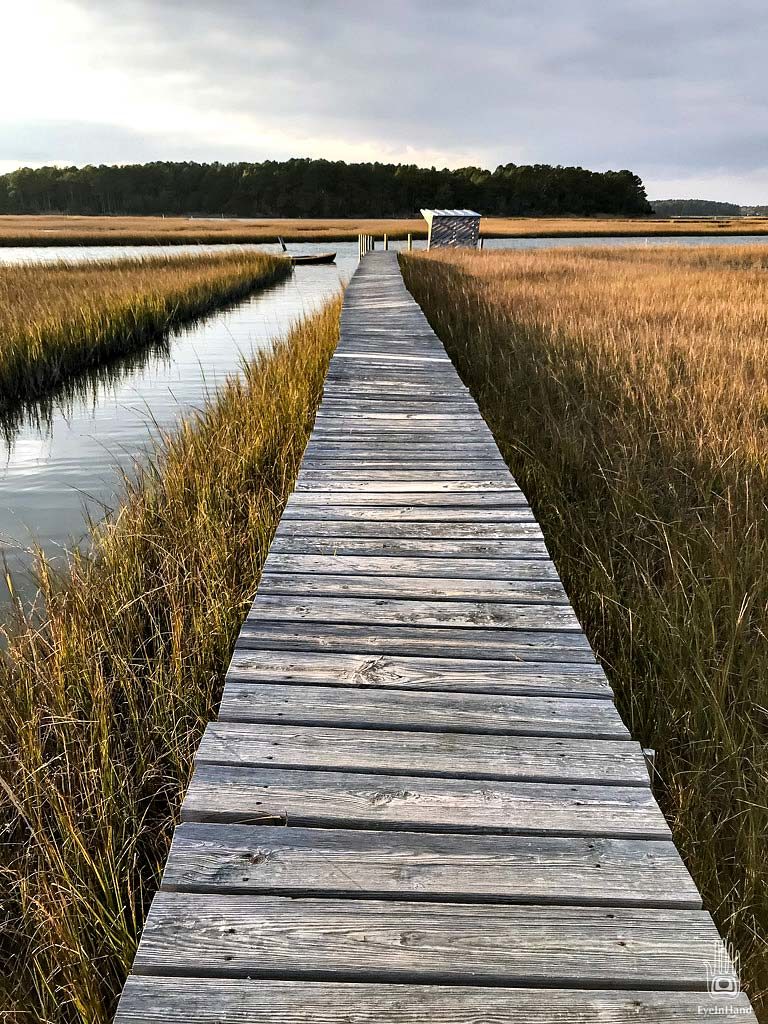 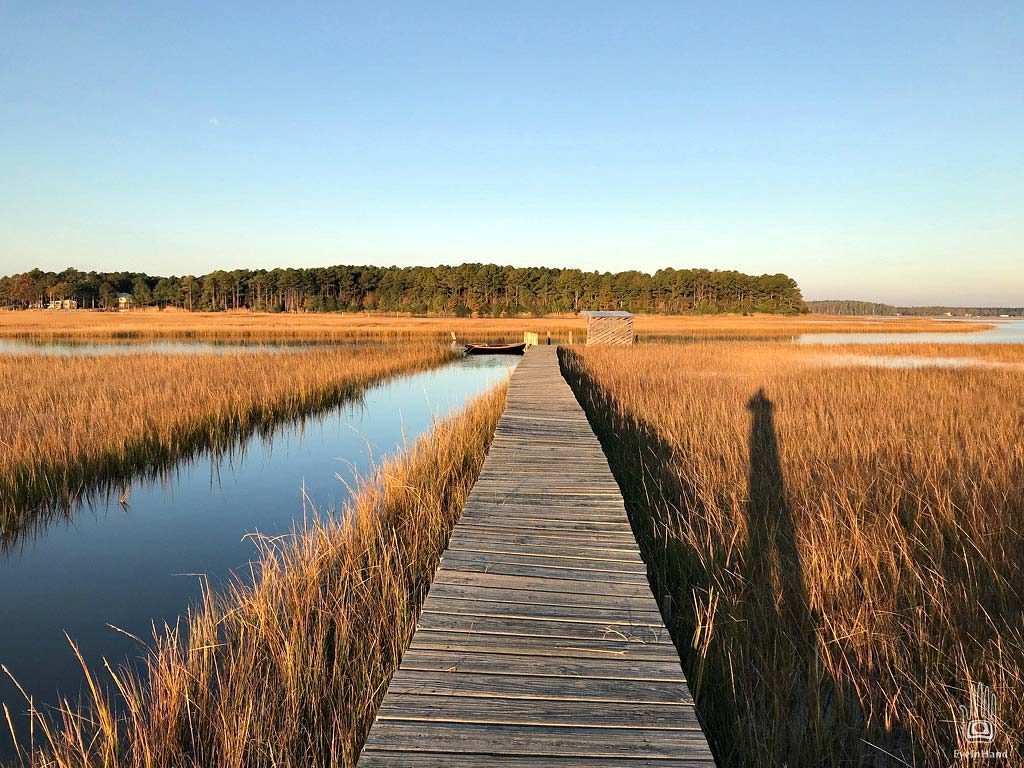 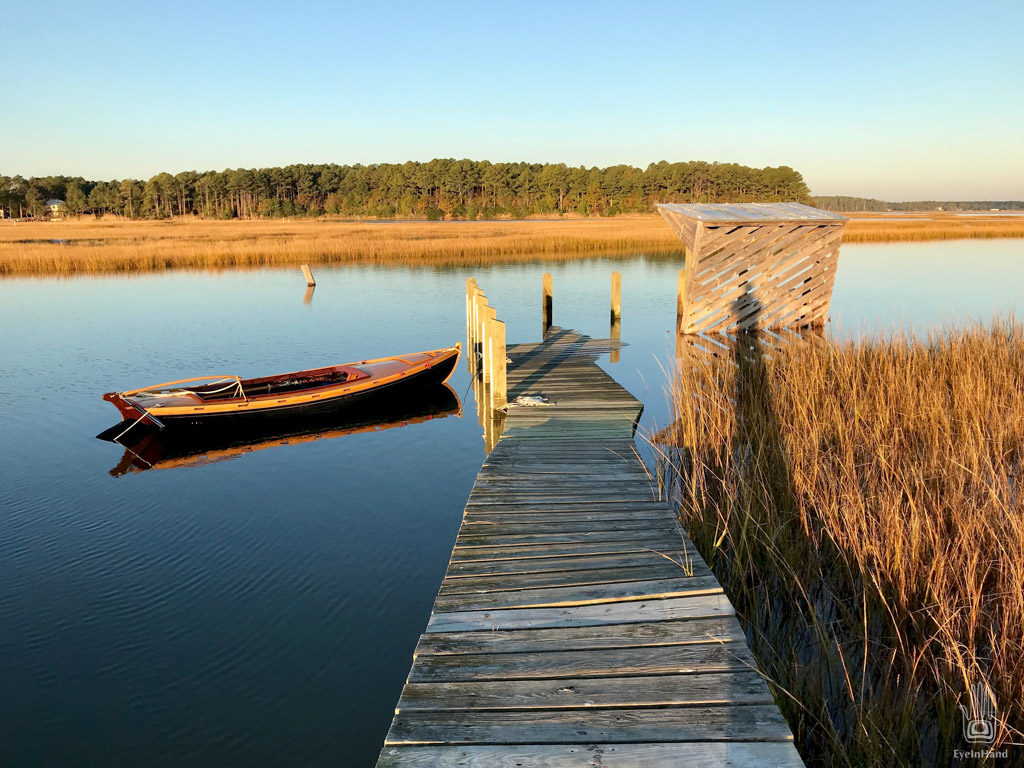 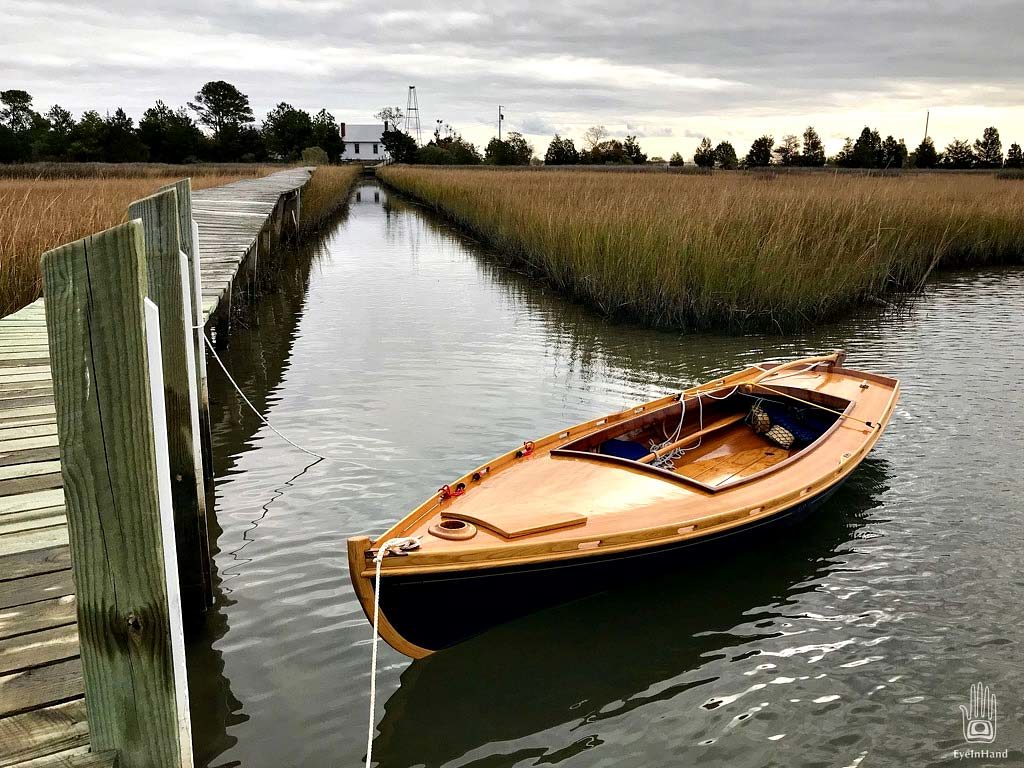 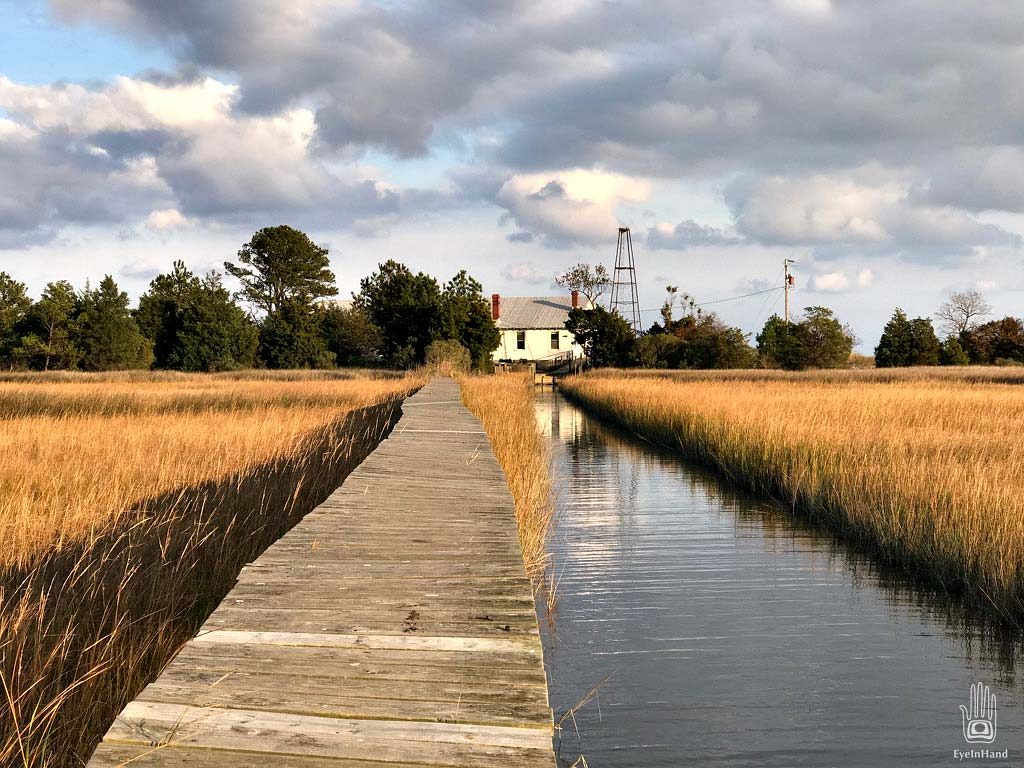 Wesley’s boardwalk is sturdy, the planks cut thick and rough, scored  by the saw. Honest wood. Rotting posts of an older pier poke up through the grass to the south. No telling how many times he’s rebuilt it over the years. Many, no doubt. Enough times to rethink a few things. He’s added small improvements like stairs and lower platforms to reach water when the tide is out. 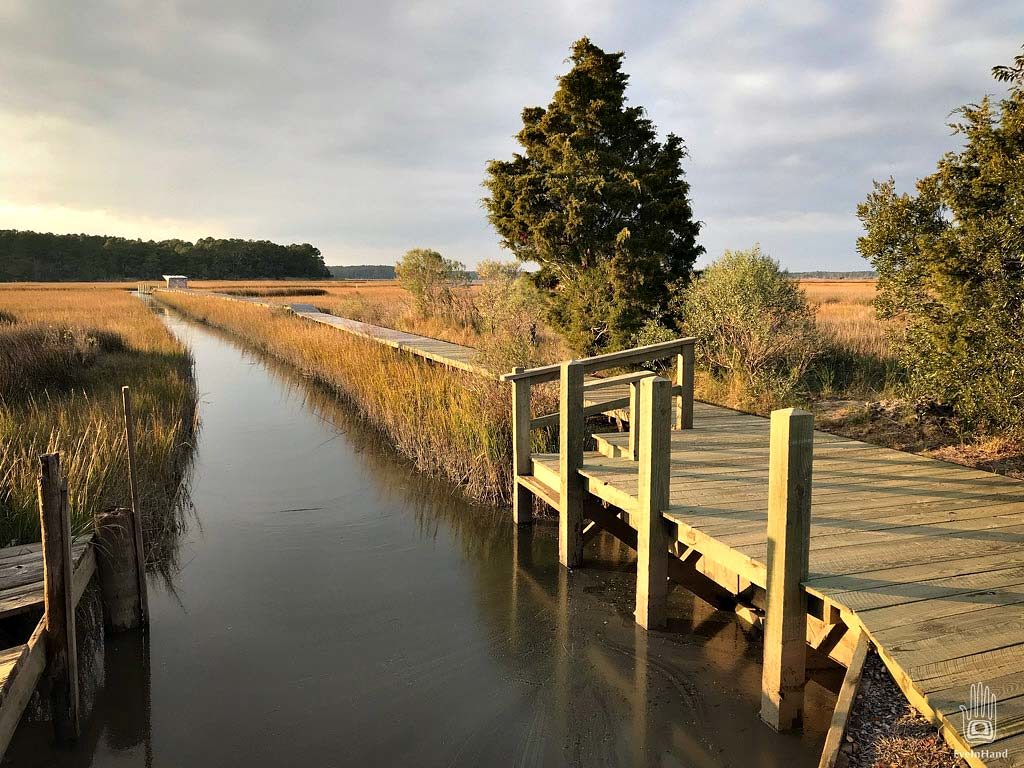 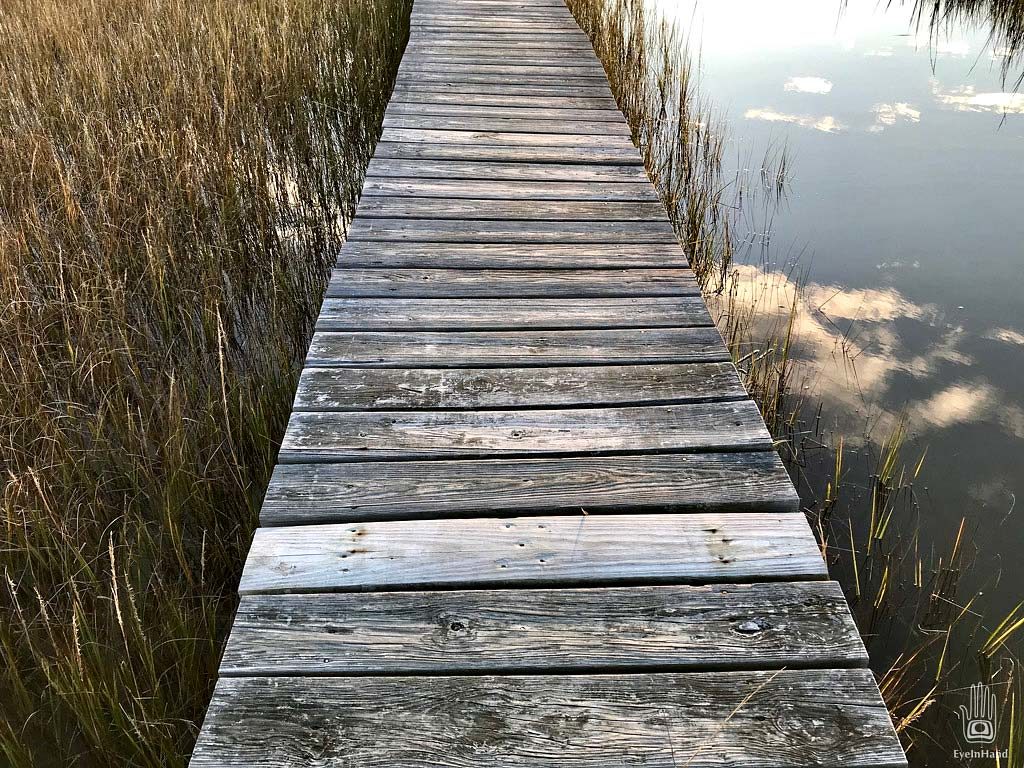 And a whimsical bus stop shelter at the terminus. A place to wait in comfort for arrival of the skiff, as though the creek is instead a busy avenue in New York, loud with cabs and trucks, crowds of people jostling past; not a small backwater creek many, many miles from anyone, anywhere.

Yes, yes, I remember
waiting for the bus.

It’s a fine place to drink coffee and listen to the wind. 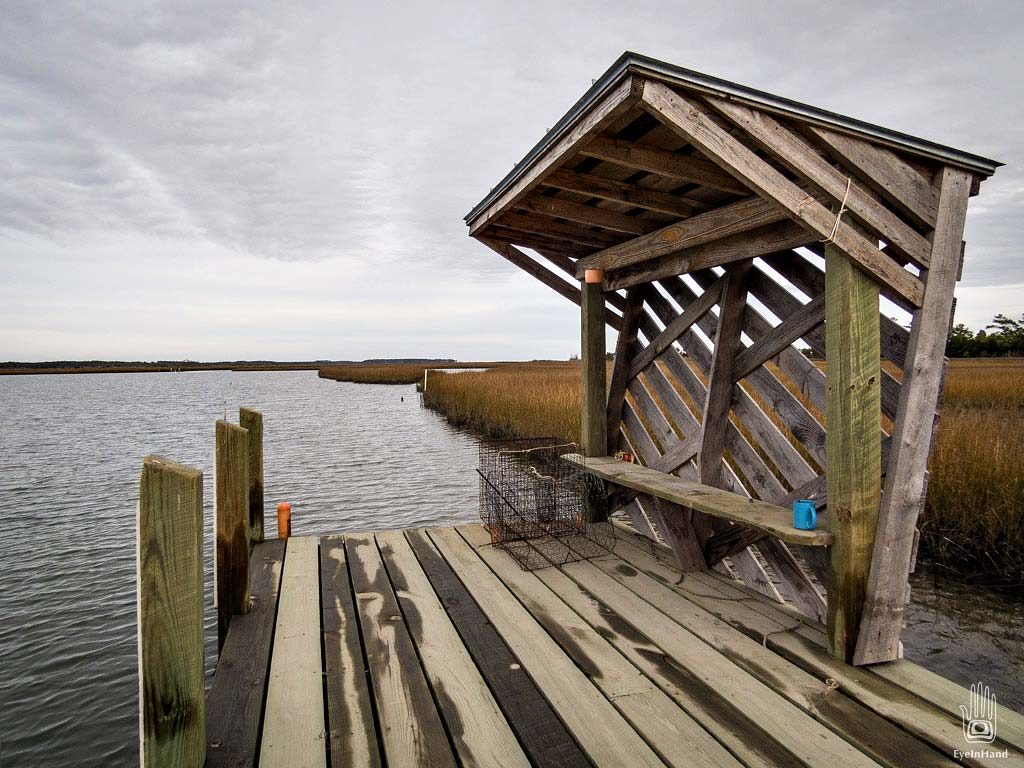 And the birds. Fall migration is ramping up. Duck wings whistle when they pass overhead. Flocks of geese yelp like foxhounds galloping across a cloudless blue pasture by day, through thickets of stars by night. Shore birds. Loons.

Hawks shadow these flocks like wolves. Strangers I don’t recognize, just passing through, preying on stragglers. 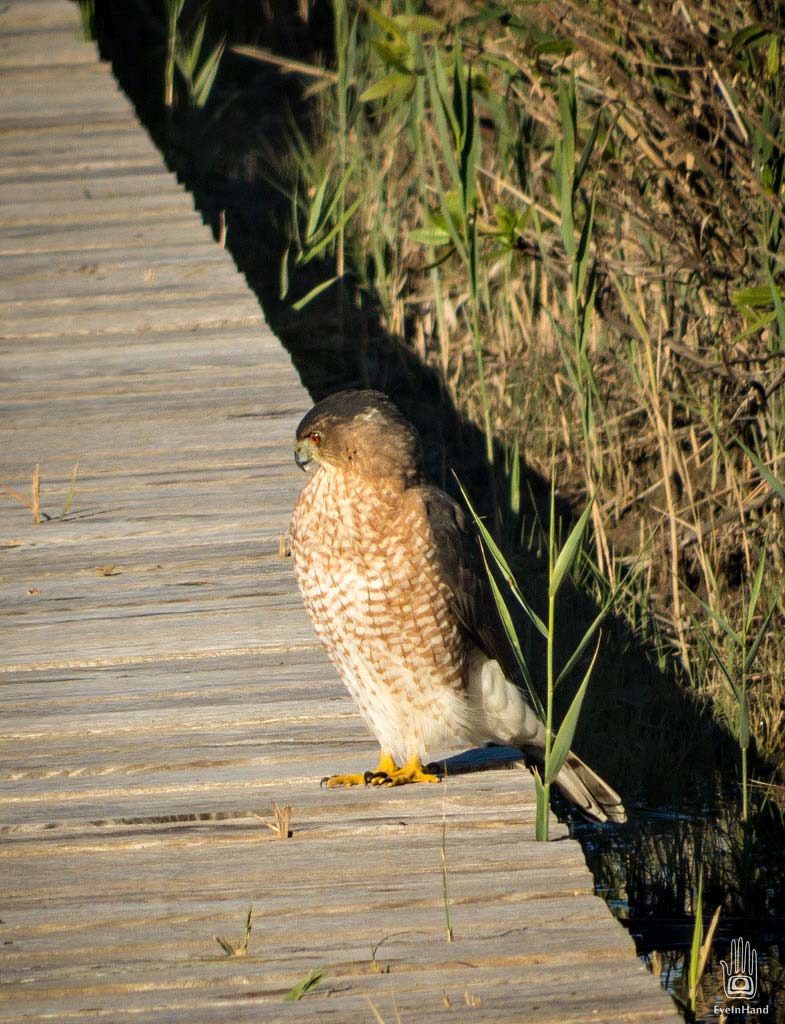 In winter – when the world is dark and dead, ice choking the creeks – there will be snow geese by the thousands. 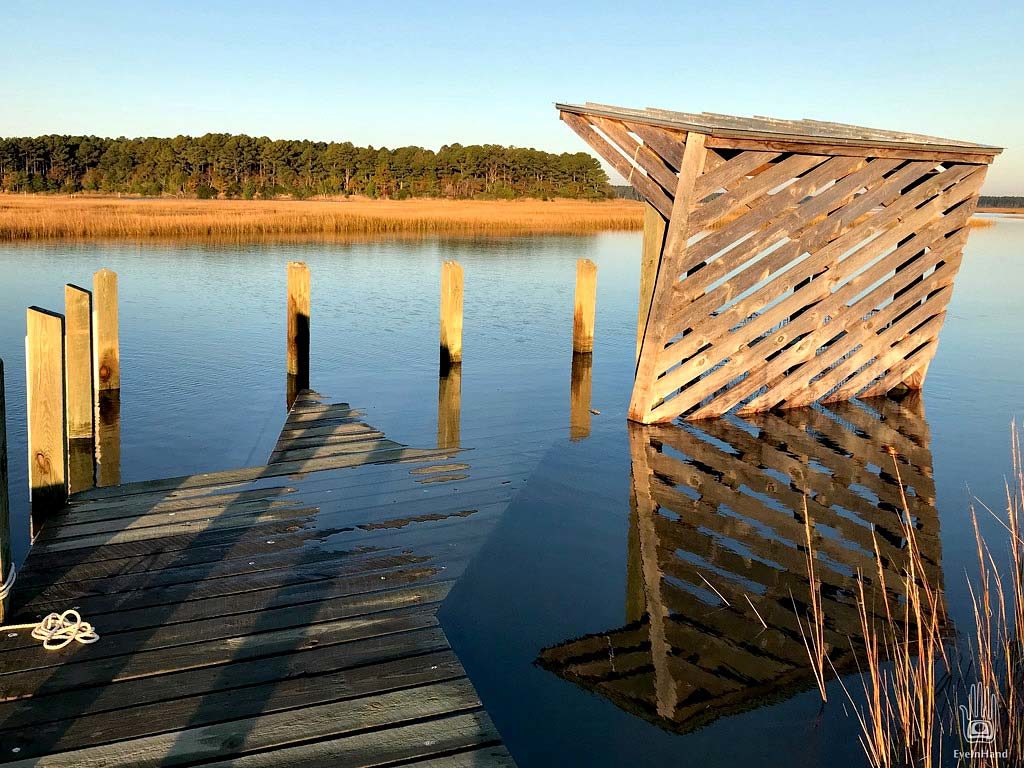 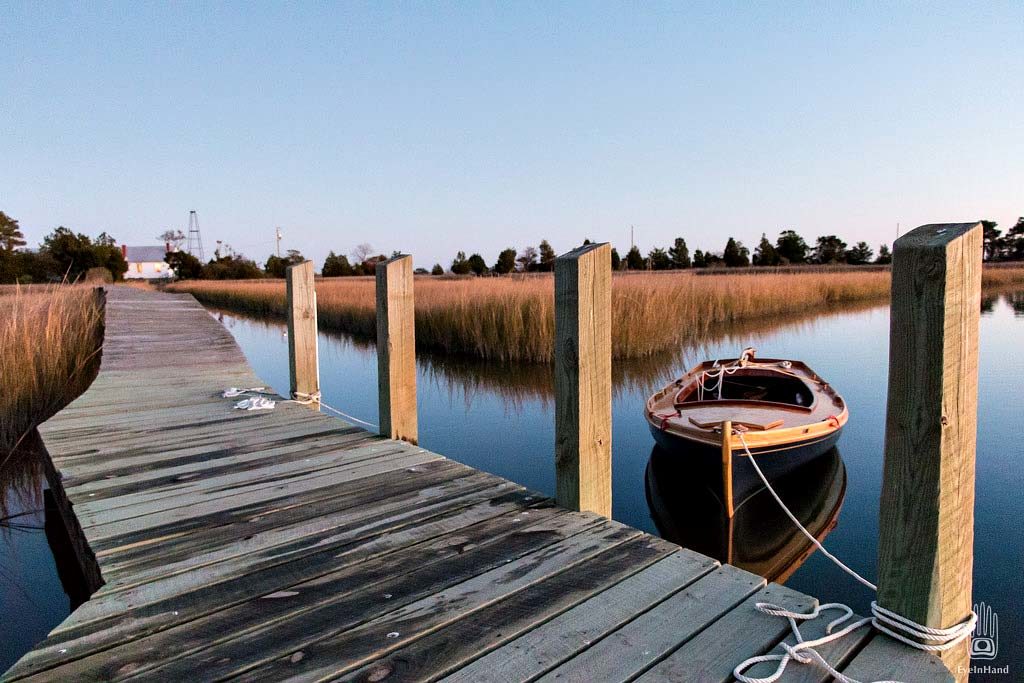