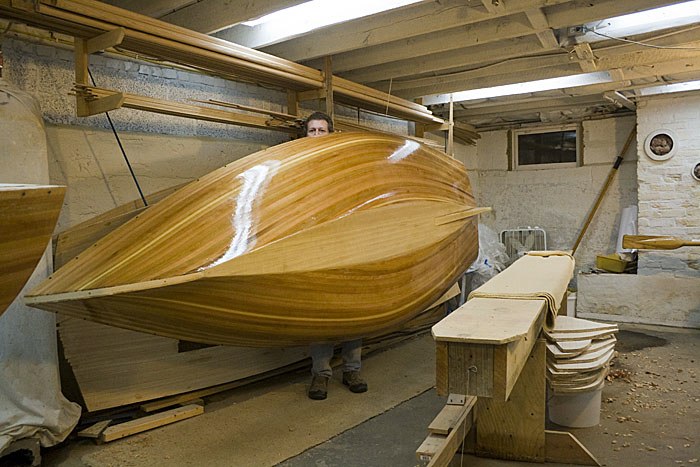 North takes a trip, “Um, can I have this boat?”

It’s going to take several posts to catch up with where things are now. I’ll try to do several this week, but a lot continues to happen fast.

With all the spars and masts to finish round, I needed more room and a long straight work surface, especially for the masts. The Strongbacks are the perfect length, but that meant moving a boat somewhere. I spent an hour engineering all sorts of pulleys and ropes and harnesses to lift North up to the ceiling out of the way, then said this is crazy. Every time I bumped the boat it would move. Gave it heft. Got T to help me keep it from falling, then just walked around and picked it up. The entire boat, complete with framing, missing only the deck and some trim, weighs just 80 pounds. Amazing. The centerboard, rudder and floorboards will add some weight yet; but still, I bet each boat ends up weighing less than I do. 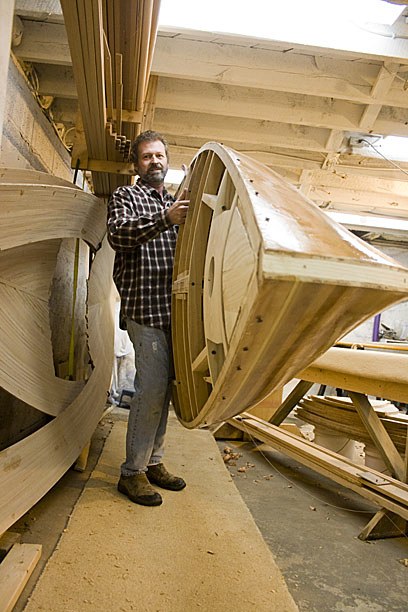 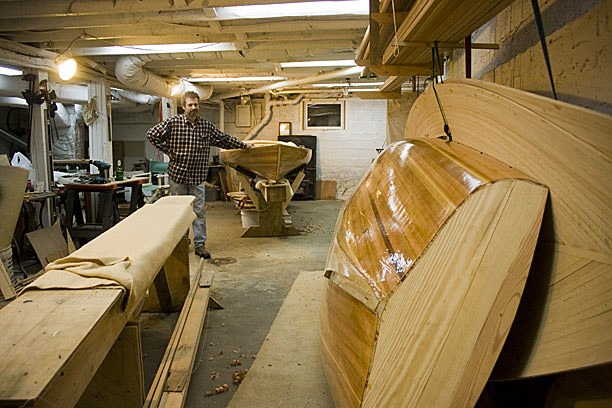 Meanwhile, back to spar making.

This much I can tell you: a router does not a spar make. I set up a rack and jig on the Strongback, which works very, very well. I’ve seen pictures of people using routers to round out masts and spars. With so many spars to make, and wood to remove, I thought I’d try it.

Big mistake. Wisely, I decided I’d practice on the sprits and yards first – which were still a bit on the heavy side – before attacking the masts. Good thing, as I almost ruined two sprits before I gave up on it. 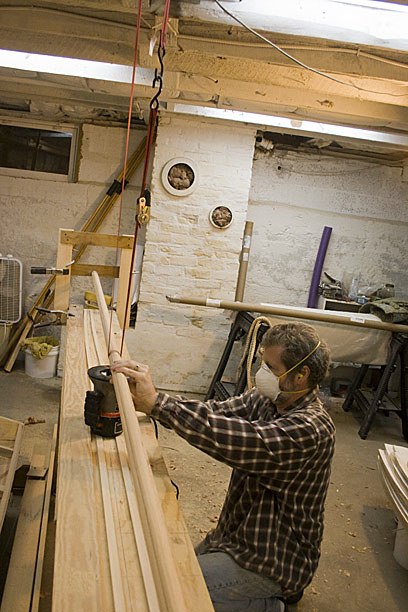 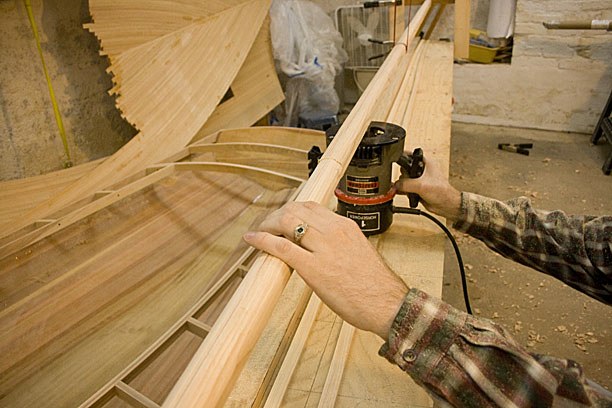 A router does a few things better than any other hand tool – cuts the insides of curves, makes smooth insets for hardware and inlays, and adds decorative edges. Anything else? Not so much. When working the outside of a curve of a pole, as a sort of makeshift lathe, you can only remove a tiny bit of wood at a time. Try to do more, or move a bit too fast, and the monster gets all upset, bucks, and chews up your wood. Not pretty. There are far better, safer tools for this. These would be manual tools, that don’t make shrieking noises and threaten to remove large portions of flesh. A hand plane works just as fast, without the risk of mayhem. Fortunately, the two mangled spars can be smoothed out and will work fine as the most light weight pieces. The rest of the spars received clemency. They got their treatment from the trusty old Block Plane.