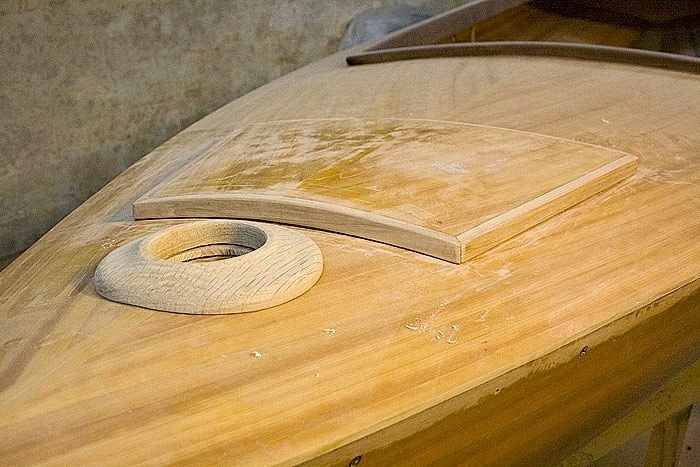 Progress has been steady, though you’d never know it from the blog posts. There’s some catching up to do.

The Hatch Cover and Mast Collar are almost done, as are the Rudder and Tiller. Used the same sandpaper trick to shape the Mast Collar to the curve of the deck, and tried to lower the profile of this one a bit so it isn’t so prominent. The Hatch Cover turned out well, despite attempts by the wood to curl in on itself. Just took a lot of careful scribing and clamping – and leaving that bucket of water in the hold all week. 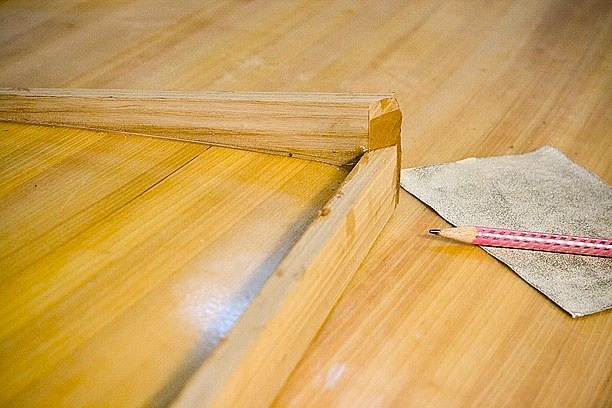 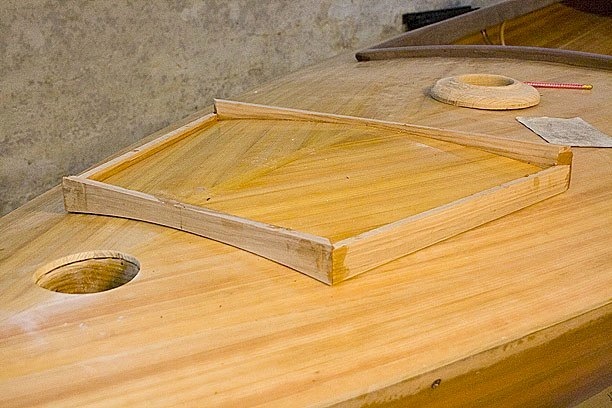 After trimming most of the waste off on the table saw, the box frame got sanded flush and cleaned up. Now just needs the little grippy lip attached. I’ll soon fiberglass the undersides of both lids, and they’ll be done.

If I were to do it again, I might try making the Mast Collars smaller. Everything else on the decks is rather delicate, and these seem a bit oversized. They should look less prominent with a Mast stepped through them, but won’t get to see that for a while yet. They’ll definitely keep deck wash from pouring down the hole. 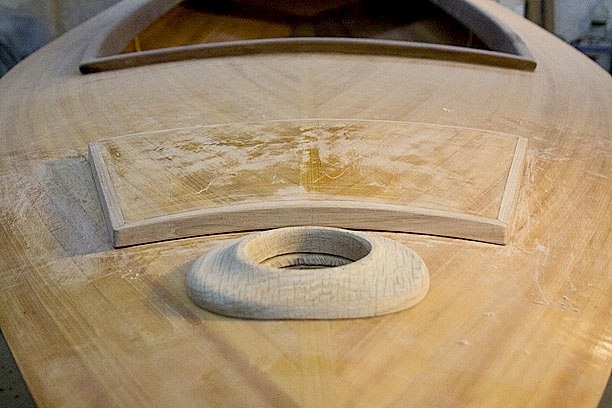