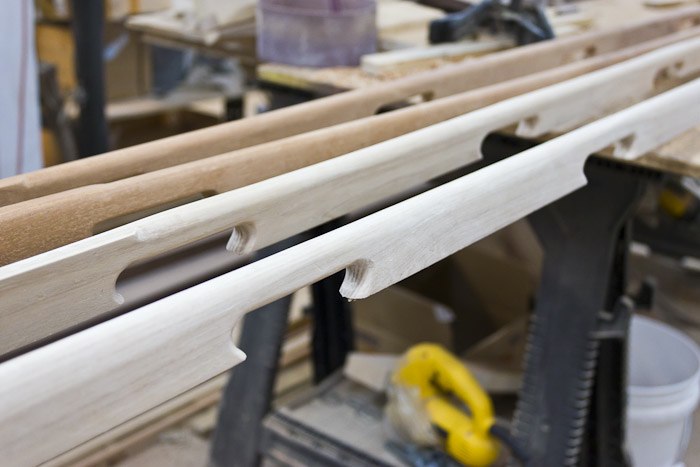 It’s good to be back in the shop again after two full months away from it. Got two full days of work done on the Toe Rails. They took every bit of it, too.

There’s more labor invested in each of these pieces of wood already than any other single piece on either boat. More cutting, drilling, sanding and whatnot than meets the eye. And there’s still more to be done. Must be why so many people decide to do without them.

The blanks were scarfed up before the trip. While not the best scarfing job, they cleaned up pretty well in the planer. First order of business was to cut miters in the ends that join the stem. It usually takes several tries and a bit of fudging to get compound bevels like this right, so, by doing it now, all measurements that follow can work back from a known front end. The tail ends can trail past the transom and be cut flush later. 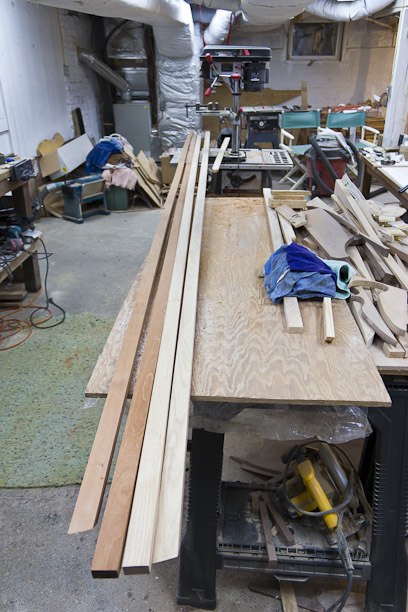 Once the spacing was worked out, I made a template to mark up the pieces for drilling and cutting. 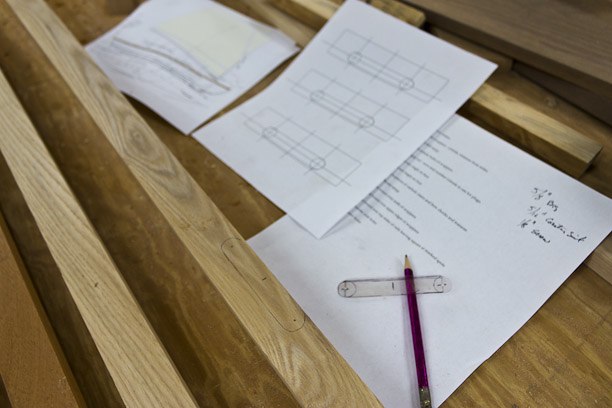 A jig on the drill press made quick and consistent work of the 64 holes needed. Seemed easier to do the drilling first, while the pieces were still square. 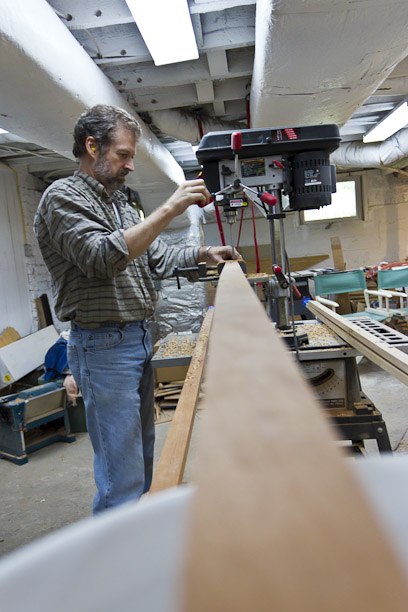 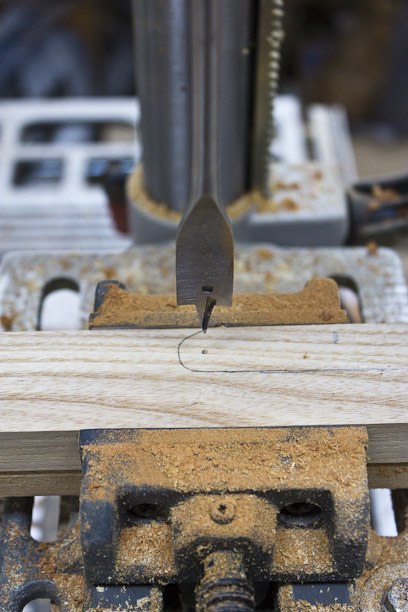 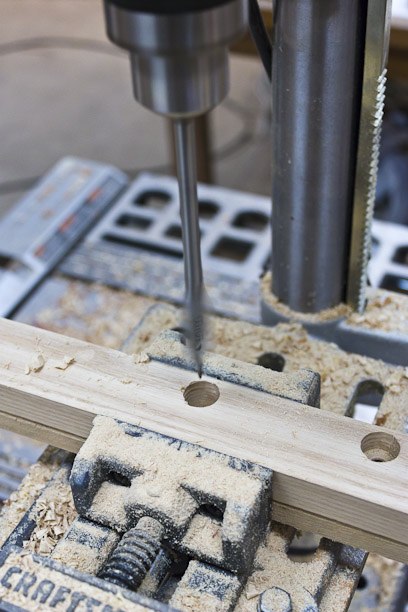 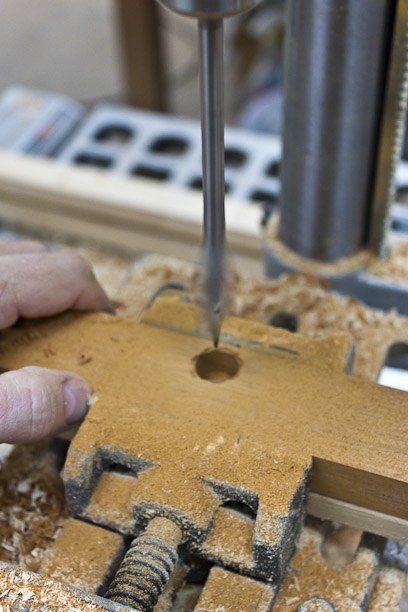 After drilling out all the scupper corners, bevels in the base and face were cut on the table saw, then the gap cut out with a jigsaw to get the rough scupper openings. 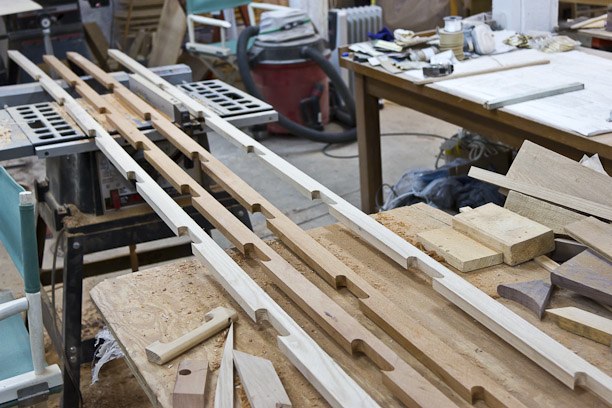 A router rounded over the top edges, and the insides of the scuppers, which helps, but the machine finish is pretty crummy. It takes hours of sanding to get a nice smooth contour and finish. Flat landing surfaces were left where bow chocks, oarlock risers, and transom joints fall. You can see that in the first photo at the top of the page. 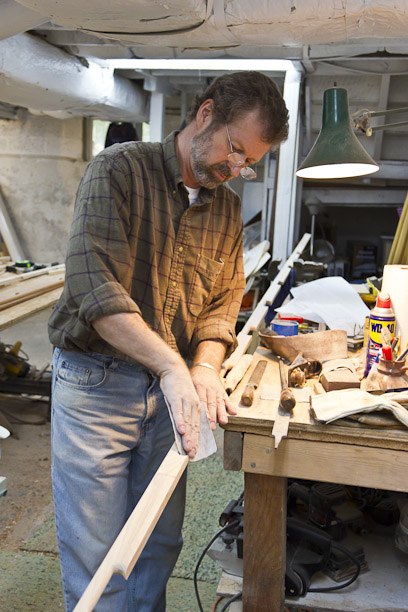 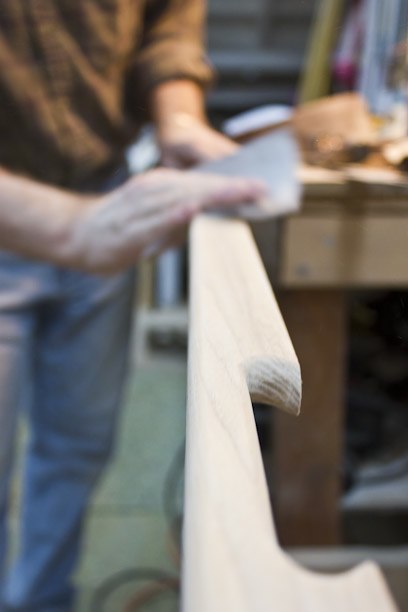 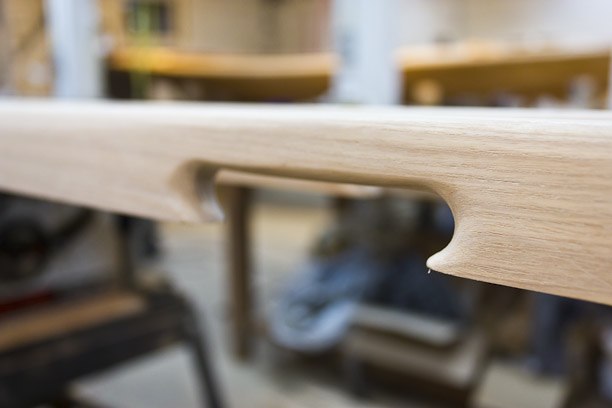 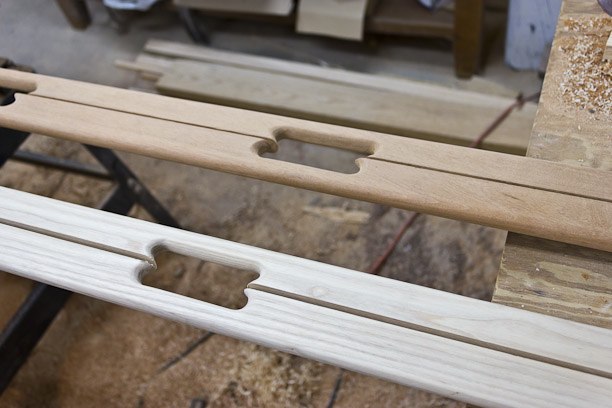 Next is deciding where the mounting screws will go, then another 64 or so holes need to be drilled for pilot holes and countersinking, followed by Installation (which should be interesting, to say the least), and oarlock risers, and recesses for hardware. Jeez, does it ever end? Can we stop with the Toe Rail thing? 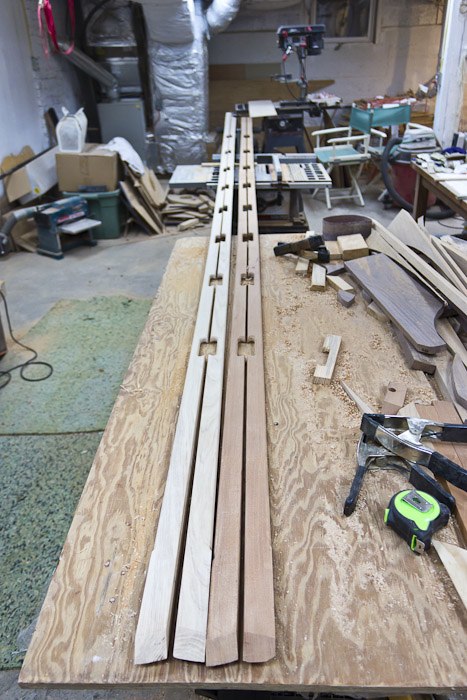