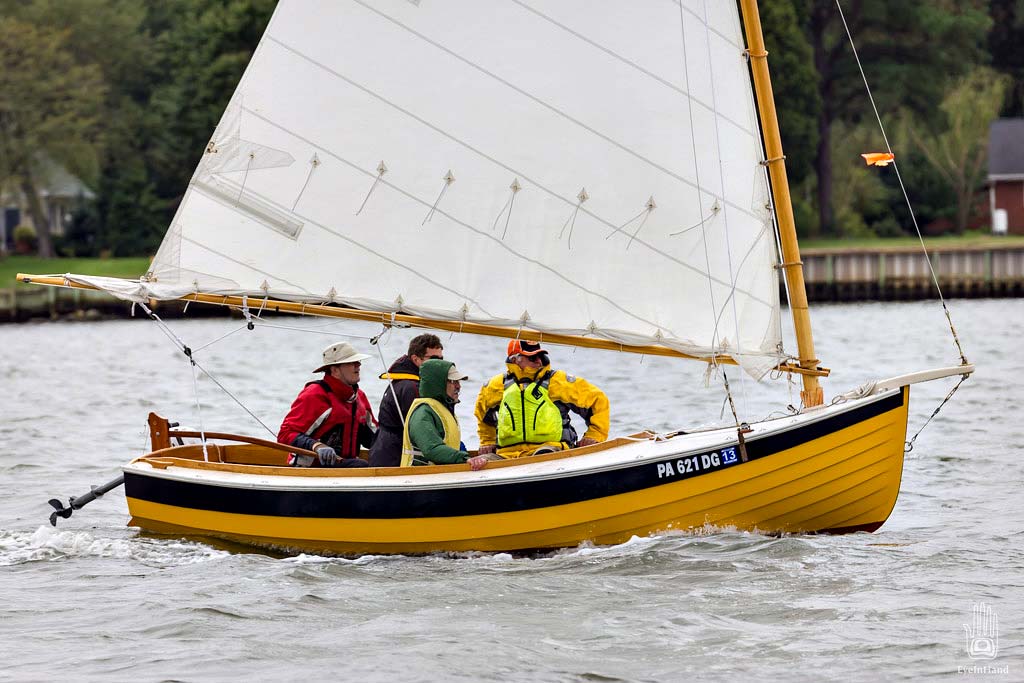 (edit: Word from Ned is this boat now has a new owner, congrats to both.)

I’ve been writing about Marsh Cats a lot lately. The boat I sailed aboard for the Chesapeake Float to Smith Island was Pete Peter’s Marsh Cat Obadiah. Magnificent boat.

Also on that trip were Kevin McDonald in his Marsh Cat little t – the same boat that he and Mike Wick sailed from the Florida Keys to Dry Tortugas. Twice.

And also on that trip was Joe Manning in his new Marsh Cat Makani.

Another regular of these trips is Doug Oeller and his Marsh Cat Comfort, though he brought new boat this year.

These Marsh Cats have appeared consistently on all the extended camping trips and events I’ve attended over the years, and they never cease to impress me. Big, stable, comfortable, and fast. Perfect camper expedition boats, especially when you want to explore shallow creeks and shorelines, and roomy enough to camp aboard for several days at a time. 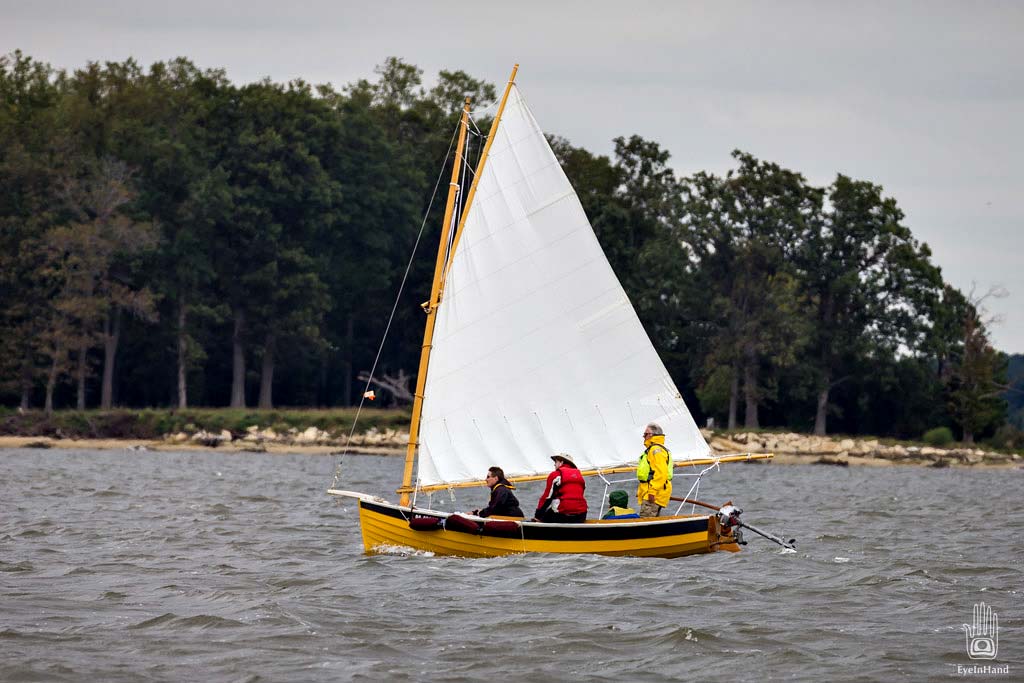 As it happens, I recently learned of one coming up for sale. Ned Asplundh has been a regular of these annual trips until recently, when health issues began to get in the way. He’s ready to sell his Marsh Cat and let it go to someone who can use it more. 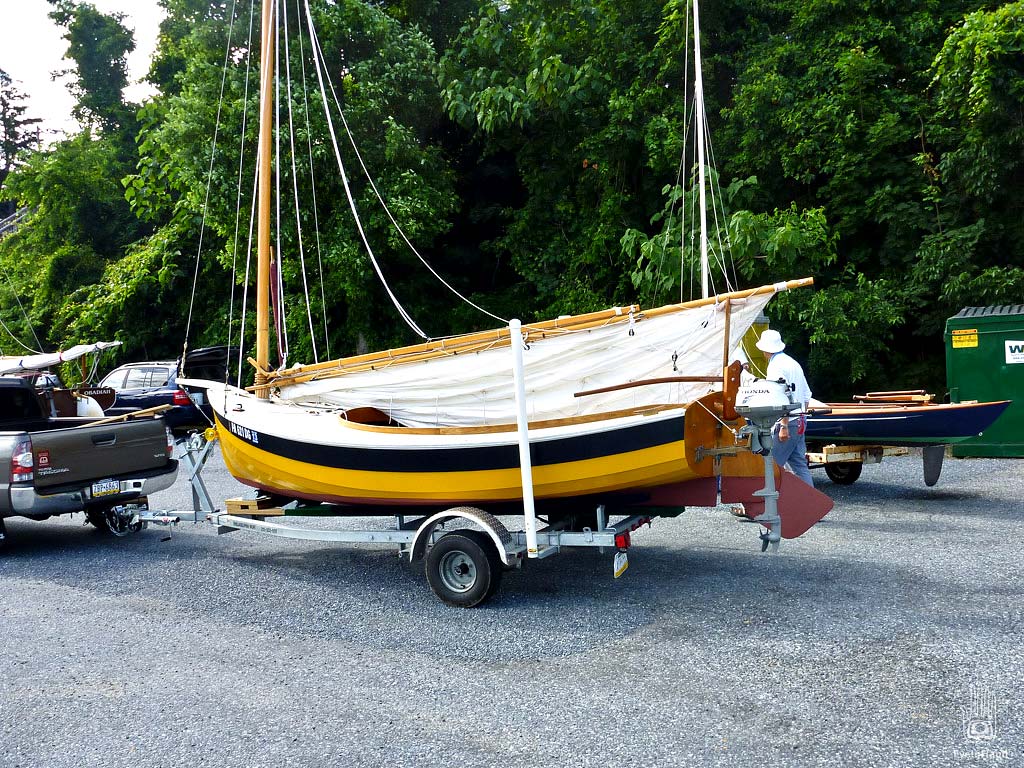 on the 2012 Chesapeake Float on the Sassafras River

I’ve photographed the boat many times over the years. When she was called Catnip by an earlier owner, and after Ned gave her a full makeover with new bright paint and varnish. Since my latest photos were taken he’s added a hollow birdsmouth mast with stainless steel hinge. I believe she’s 8″ wider than other Marsh Cats, so would have even more room inside. 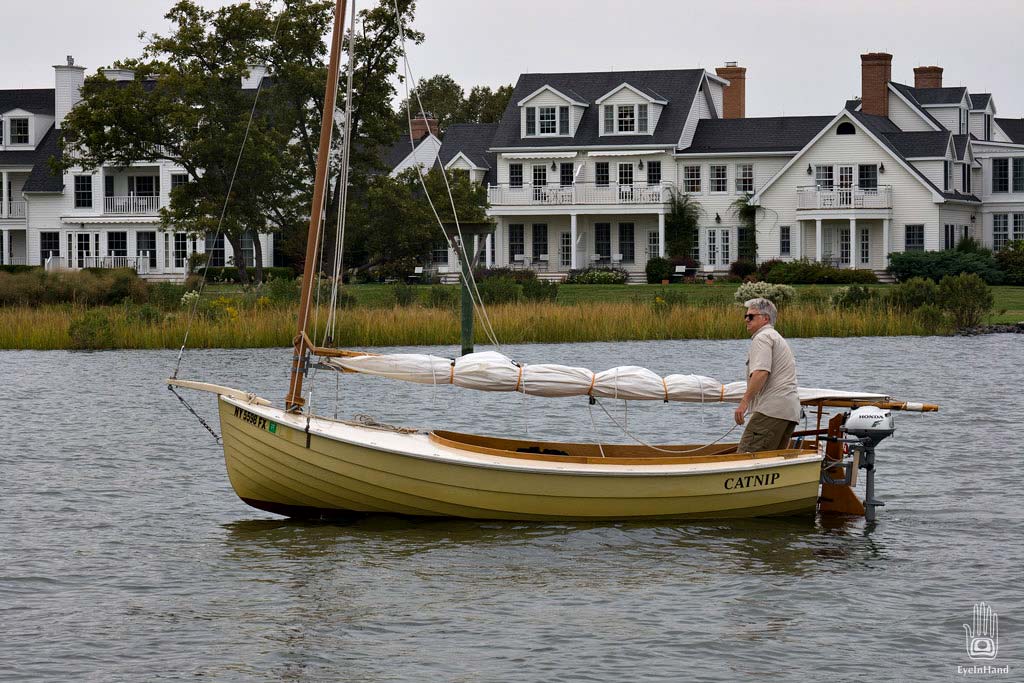 before the first makeover

My understanding is the boat is currently garage kept at a summer place in southeastern Pennsylvania, but will return back East in the Fall, so if you’re near either place you have a chance at her.

For details, you can see the ad he’s posted on catboats.org at: Sneak Previews Cats4Sale 168 – Catboat Association, Inc..